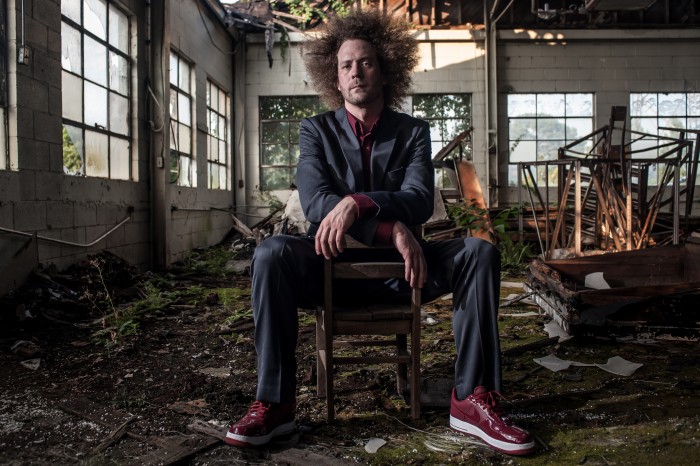 Archnemesis stems from a 2009 collaboration between Curt Heiny, a musically inclined guy from South Carolina, and his friend Justin Aubuchon until 2013 when Heiny went solo.

Though he claims the genre “electro hip-hop soul” it is impossible to put a label on his addictingly eclectic sound.

His background in classical cello and jazz is what prompted his desire to produce. Every song that Archnemesis produces is mastered carefully to fit the Archnemesis sound bill.

Archnemesis, or Curt as his friends know him, usually sports his famous, fabulously-frizzy fro, but at his recent show at Zydeco in Birmingham, Alabama he revealed a fresh new frohawk.

We had the privilege of hanging out backstage to talk about Curt’s new look, new music, keeping an open mind, and the importance of unity.

When asked about his new do, he simply insisted that “the afro was just too hot.” It was time for a change. The new mohawk, however, still maintained the same length as the rest of his signature afro.

Curt informed us that he was working on finishing a new track for the show and explained that he always likes to have something new and fresh on the table at every show.

It’s kind of like a gift to his fans. 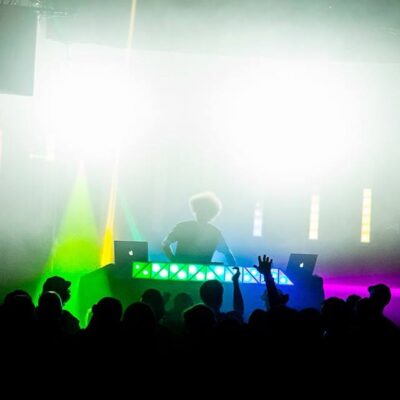 When asked if he played any instruments, he shared that he was classically trained in cello starting in the 4th grade and, after high school, he became interested in the guitar. After that, he learned how to play the bass which led him to pursue jazz studies at the University of North Carolina – Asheville.

Curt got involved in a few different bands during college and spent a lot of his time playing shows. Because he was playing so often, he had a difficult time keeping up with the school work and failed out of UNC music school (for playing music – ironic).

He revealed to us that he began toying with producing electronic music during his time in a group called Telepath, playing bass in the band from 2003-2009.

Moving forward, we inquired about his musical influences to which he replied that he had no one specific to cite. He told us about his love for old Green Day and how he toured along with Grateful Dead. Concise and eloquent, Archnemesis stated:

I’m thirty-seven. I’ve listened to a lot of f*cking music.

He also emphasized the importance of listening to a wide variety of music and how he tries to implement different sounds he hears into his own music in order to diversify it. In other words, Archnemesis has his own genre.

We then asked him why he felt that his shows were unique from other, similar experiences. He explained that the Archnemesis sound is unique due to the many different musical influences and infusion of different sounds, rhythms, and instruments. He is constantly striving to seamlessly blend and flow his transitions to further that specific sound he wants to create.

It’s all an experience for his crowd every show is individually unique. He gauges who they are, how they look, the mood they are setting and goes with it. 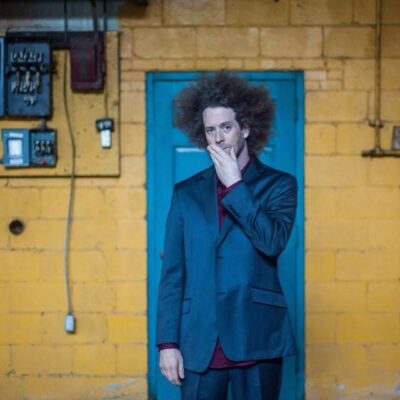 “Stay true to yourself, dream big, and follow your heart.” – Archnemesis – Photo via Facebook/Archnemesis

We asked Curt what he thinks is the most important change the younger generation needs to make and why.

We wanted both answers, so he thought for a minute more and delivered an inspirational thought:

People need to figure out how to get along better. Compassion has been lost on humanity.

Curt wants people to find compassion again. He expressed his frustration with the uprising of racism in the recent months.

Unity is one of the most important factors that the EDM community stands for: one of the four factors that coexist and create harmony among us all. Curt couldn’t have done a better job of emphasizing unity and how we have the ability to create it.

In regards to how this generation needs to change in the aspect of music, Curt stressed that it is critical to keep an open mind. He used the word “sheeple” to describe those who jump on the bandwagon with certain artists just because everyone else is, too.

Instead of exploring different artists and genres and expanding their tastes, people are wasting a lot of good music. Many good artists that deserve recognition are wasting away because of it. It is important to think freely and dig deeper into what the music industry has to offer.

This transitioned into the topic of venues and festivals. Curt spoke most highly about Hangout Music Festival on the Gulf Shores of Alabama where he had the opportunity to perform on the same stage as the Red Hot Chili Peppers and Skrillex.

With a passion for travel, he admitted that he doesn’t have a favorite venue to play and appreciates the uniqueness of each venue.

In closing our conversation, we inquired to the best advice he has for his fans, widely known as the “Nemesis Army.”

What he said has been said across generations, among friends, and even on billboards:

Talking with Curt is like reminiscing with an old friend.

Nothing is held back and that transparency is one of the appreciated aspects of his persona – especially within the world of EDM. Many artists like Archnemesis realize they are in the spotlight and that the fame isn’t just about them: it’s about inspiring the fans to live their dreams and express themselves however they wish.

Archnemesis just happens to do it through music.

The release of the CounterPoint 2015 lineup revealed that Archnemesis will be performing close to his roots in addition to his current tour dates.