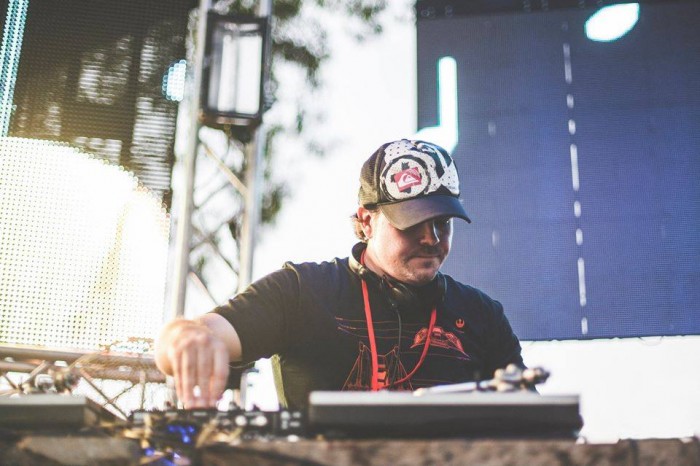 Throughout the electronic music scene there are many artists who have experienced massive success by being champions of a specific style of music. There is nothing wrong with having a niche as many fans are partial to certain types of music and expect a certain sound from the artists they love.

There are also those musicians who span multiple genres of music and can never be defined by a single category. Their performances are unpredictable and keep the audience guessing throughout the entirety of the set as they mix from one song to the next. It takes a certain level of artistic insight to be able to meld songs from different genres and craft a resulting product that is ultimately as satisfying as the originals.

One of our favorite producers and DJs who does this so incredibly well is Featurecast. 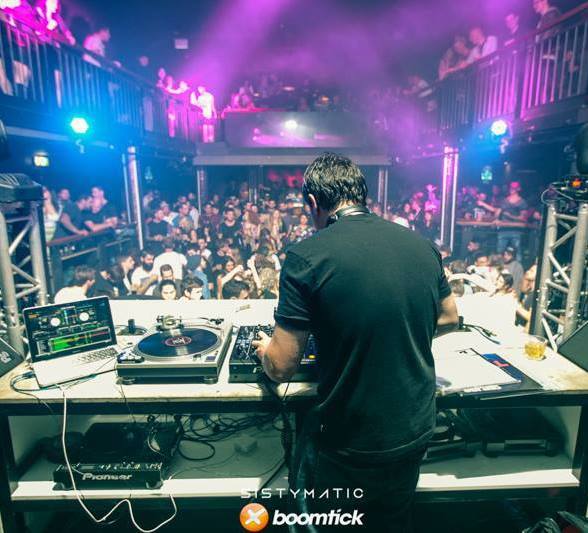 Featurecast Doing What He Does Best – Photo via Facebook | Featurecast

The UK native is an undeniable talent who has been gaining steam over the years.

His supreme attention to detail is displayed in every composition that he touches and it’s no surprise that he’s graced the stages of Glastonbury, Shambhala and Bestival (to name a few).

The alias of Lee Mintram, Featurecast was kind enough to do an interview and tell us more about his inspirations and gear, his thoughts on the expanding funk movement and a dream collaboration that we would love to see happen.

Make sure to check out the full interview below and give a listen to Lee’s most recent mixtape, BLAM!.

thatDROP: Your music is very eclectic and draws upon many different styles and genres. Can you tell us about what types of music you were brought up on and what specific artists or genres inspired you to become an artist/producer/turntablist?

Lee: Growing up I was pretty lucky, my Mum & Dad are both big music fans and listened to lots of different styles of music. Everything from Funk, Disco, Country, Pop, Rock, 50’s, 60’s, 80’s… you name it they played it. That gave me a great scope of music to draw from, but the most exciting form of music I discovered was Hip-hop which I found through a fellow DJ friend of mine. That whole culture and movement was a huge influence on what I played and still is today.

thatDROP: Can you talk about how you developed your skills as a DJ? Specifically, how you were able to acquire the technical skills that are needed to make all of your live mixes, mash-ups and scratching seem utterly effortless? And further, how you are able to keep all of the scratching very rhythmic while maintaining a style that is completely your own?

Lee: One word – practice – and a lot of it! I practiced cutting so much when I first started learning to mix. I just found it really fascinating, manipulating the sound with scratching and making something new out of it. I then got into production a few years later and discovered you could create even more amazing sounds and ultimately an entire song.

After getting into production I gave up on the turntablism really.. I actually can’t remember the last time I practiced scratching at home. It’s got to be a good 3-4 years now. I’m just happy with the level I’m at and feel what I do accompanies my DJ sets rather than taking it over. I love turntablism in all its forms but I want to make people dance, not have a row of people standing in front of me watching and studying what I do.

I like my DJ sets to have movement, flow, and story to them. It’s just all about having fun and dancing to good music.

thatDROP: Seeing that you spin vinyl, I’m guessing that you have a pretty sizeable record collection? Do you have a favorite record of all time or any records that stand out to you at the moment?

Lee: I use Serato so it’s half and half really. It’s a way of using the traditional method of turntables with a laptop so it uses the best of both worlds. I also use Novation Dicers which are mini midi controllers for Serato. They enable me to set cue points, set loops, add effects and drop samples over my sets.

As for records I used to own quite a few (mainly hip-hop & funk) but I sold quite a lot of it a few years back. I’m a big lover of technology and to have all that music on a hard drive is more manageable. I’m not very sentimental about vinyl, sure I have some of my favorite 12″, and albums like my Tribe Called Quest albums. I’d never sell those!

thatDROP: For those that don’t understand the differences between turntables, CDJs, and midi controllers, can you explain why you use Serato and turntables and what are the main reasons you prefer to use this type of gear rather than some of the newer equipment that other musicians use?

Lee: I’ve played a few sets on CDJs which are fun, but vinyl control just feels more comfortable for me at the moment. I like what Serato is doing with Serato DJ and I plan to look into that over the next few months. The software is still relatively new compared to Serato Scratch Live, so not as responsive or reliable, but they will iron out the bugs eventually and then I’ll consider moving over to it. Other than that I like the new Pioneer Serato controllers, I wouldn’t mind checking those out.

thatDROP: You’ve been playing Mid-Tempo, bass-heavy Breaks for a while now and are considered one of the founders of the movement. Can you describe how it all happened for you and how you got started in making this unique type of electronic music? And what are the most important elements you focus on when you’re writing music?

Lee: It just evolved from a few DJs really. I was a big fan of Armin van Heldens AV8 label and tried to write party records like those guys. I guess I ended up putting my own spin on it and took influences from the dance music scene at the same time. My basic aim was to write party, hip-hop records that sounded big and would work in a club environment. Hip-Hop on steriods! (laughs)

A lot of people classify my music as breaks, but breaks to me was the Krafty Kuts, Stanton Warriors, 130bpm kinda sound. After doing the first release on the Ghetto Funk label the ghetto funk and mid-tempo tags starting being used more and more by people.

If people ask me what I play I just describe it as Hip-Hop and Funk influenced electronic music cause mid-tempo doesn’t cover it all. Trap, Drum & Bass, Funk, Dubstep, Breaks, House.. I play it all! It just all has a common theme running through it I guess. 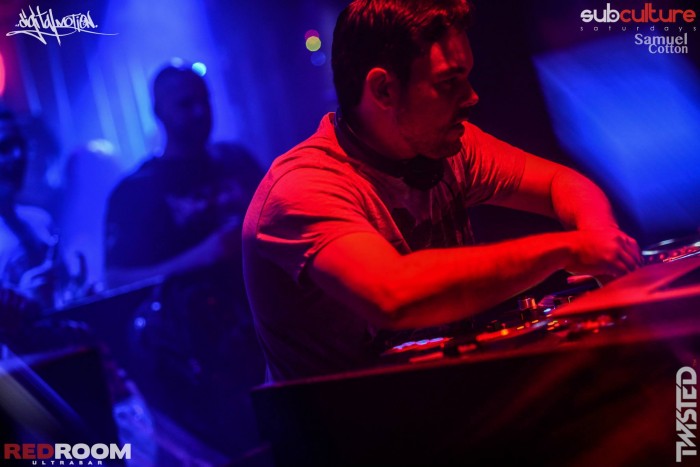 thatDROP: Speaking of which, are you working on any new music? Maybe another album in the works? If so, when can we expect those new tunes?

Lee: I’ve got a second album to complete for Jalapeño Records next year although I’m unsure when it will be out. Other than that I have loads of tracks I’ll be giving away over the course of next year. A couple of collabs which will probably end up as free tracks, one with UK based producer WBBL.

thatDROP: Is there any artist or producer in particular that you’d really like to collaborate with in the future? Can you tell us why?

Lee: There is one, but it’s a totally unrealistic one. I would love to work with Liam Howlett from The Prodigy! He is probably my biggest influence as a producer I’d say. He is an incredible artist with his own sound, he’s never followed trends, he always delivers amazing work and he still kicks ass today. There aren’t many big electronic producers around today that will be around 20 years from now.

thatDROP: It’s evident that the funk movement is very tight knit with musicians that are all good friends and one of the most dedicated fan bases in the music scene… Can you give us your opinion on how that evolved over the years and what makes this “niche” so special? Furthermore, can you tell us about your favorite parties or festivals where everyone comes together and celebrates the music and the scene?

Lee: It is a great scene and it’s been great to see it evolve over the years. There is a strong community and everyone works together to move things forward which is important. It’s quite refreshing to see and it’s also just a fun scene with fun music! Even if you come to a party and don’t know what the music is, it’s hard not to like it I think.

Canada is a great example more than most of this, festivals like Shambhala have become one of my favorite places to play as it’s a meeting point for all the DJs and followers of the scene, who just come to party to great music. It doesn’t get any better than that! 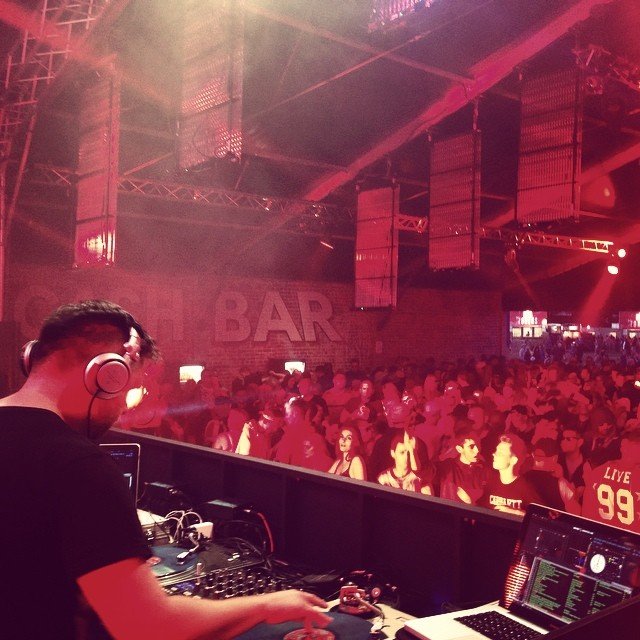 thatDROP: We really think that mid-tempo, funk-filled, bass-heavy breaks could take off in the near future and blast to the next level of the music scene. Especially since there are so many artists like yourself that are constantly pushing the sound, rockin’ festivals around the world and acquiring new fans left and right. What’s your take on this and where do you think the movement is heading?

Lee: It’s hard to predict something like that, I’ve seen funky electronic music growing for sure, but part of me really likes the fact it’s a niche scene. If it blew up or got big the money side would get involved and it would all go to shit. Just like all these genres that blow up and expose the bad side of the music industry.

We have great producers in this scene and amazing fans. The producers and DJs are pushing what I see as unlimited boundaries, so I wouldn’t want that to change.

thatDROP: I know we’re not alone when we say this… but we’re dying to get you to the U.S. so everyone can hear this sound that you’ve tapped into. Are there any plans for you to come this way in 2015?

Lee: (Laughs) I’d love to but they make it very hard to get a work visa for the US. To make it happen you need to spend a lot of money upfront buying the visa and having shows in place. Even when all this is done they can still refuse you entry. It’s something we are trying to work out for next year and I hope it can happen as there is some good interest to come and play shows. If only the government would relax the process a bit more.

thatDROP: One last question… Who’s your favorite futbol team (or teams) and why? Any team goes…

Lee: (Laughs) You ask me that cause I’m from the UK right? (laughs) I actually hate football! I’m probably not meant to say that being from the UK but it bores me to death. Watching paint dry is more fun. (laughs)

If you like what you hear check out our article on the bass-heavy, funk movement featuring Basement Freaks, Stickybuds, Featurecast and The Funk Hunters right HERE.

Coloradoan based out of ATL. Lighting engineer from the University of Colorado, Boulder.. where it all started! Violinist/Producer/DJ. All around music fanatic specializing in jamtronica, mid-tempo, nu-disco, breaks, glitch hop, and deep house. Cheers!