From being known as “Liverpool’s Best Kept Secret” and the continually juicy interviews we get from Corey James, his notoriety among the scene is constantly expanding as he brings his brand of UK house to audiences around the world.

This time around, Corey James teamed up with iconic producer David Pietras to deliver a brand new underground banger, “Arlanda”. 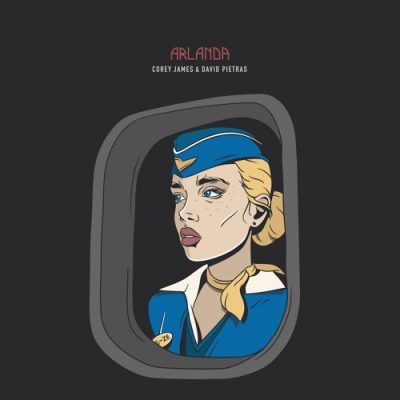 “Arlanda” fits the bill as the next new club-thumper with its classic house sensibilities and new-school progressive production. With a catchy synth pairing with a collection of backbeats, Corey James and David Pietras pair their new single with just enough spice and tension to heat the dance floor up. While the current scene may be flooded with new house artists everyday, “Arlanda” is the work of a house-mastermind who bends melodies to the will of the track and expands on their genreless sound as much as possible.

What turns from a strong underground romp quickly evolves into a dramatic piano riffs that will spool you up.  With David Pietras’ involvement, he managed to take the strong melodies of Corey James and give them the needed boost to craft only the freshest banger.

Also, take a listen and download for free David Pietras’ “Hey Hey” to get a better idea of the sounds he is bringing to the decks for this collaboration.