The Prodigy Meets The Used for PRÏNCEPS’ ‘Oh So Fun!’ [152 Records]

The London based electronic duo, PRÏNCEPS, is made up of a harmonious fusion of two The Prodigy, Chemical Brothers, Bring Me The Horizon and The Used fans. The talented and versatile producer and bassist, Press from Italy and the infectious lead singer, Renz from a cult in England.

Throughout their vast back catalogue of standalone singles, they delve into a wide array of sounds ranging from melodic dubstep to euphoric house to infectious funk, pulling off each genre with style and flair.

Getting their feet wet by covering Blink 182‘s ‘I Miss You‘, Brand New‘s ‘Jesus Christ’, Bring Me The Horizon‘s ‘Mother Tongue’ and deadmau5‘s ‘Drama Free’. They also have a steady stream of successful originals on Press’ imprint, 152 Records, such as their bright, DnB inspired, ‘Already Forgotten You‘, and a forward-thinking, heavy-pop collaboration, ‘So Numb’, the two have really honed in on a sound to crave, bringing them to their latest offering, a deviant’s playtime anthem, ‘Oh So Fun!’, via 152 Records. 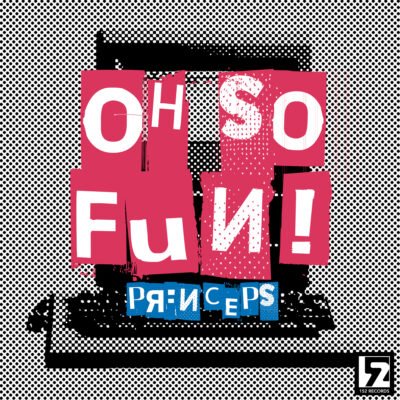 Boasting an expansive vocal register and a raspy, punkish tone Renz weaves in and out of different octaves, reaching a fever pitch for a screamo chorus, “We can make a demon of anyone / It’s oh so fun”.

Meanwhile, Press contributes an uncompromising backing to the track, marked by pummeling electro house basslines and punchy drums to make for their rowdiest arrangement to date.

While the pair are currently keeping their long-term strategy under wraps, there’s sure to be plenty more from PRÏNCEPS in the pipelines if their prolific work rate is anything to go by. Between releases we reached out for an exclusive interview to discover their story. 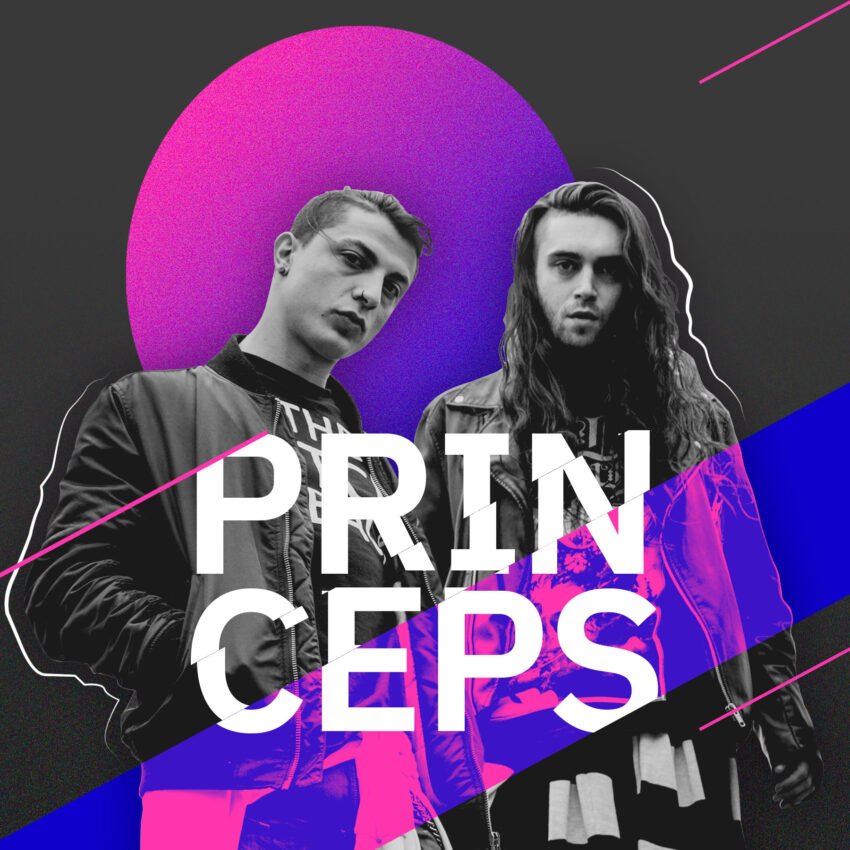 What is on the agenda for the day/week?

We’re approaching the weekend, and since we will have new social restrictions from Monday we might have a couple of days out with friends…we’ll see; we’re kinda last minute people!

Where are you guys from? How did you meet?

I (Press) am from Rome, Italy and Renz is from Chelmsford, Essex. We met in London, where we currently live.

Renz was having a concert with his previous band in Camden Town, I randomly went to see that show and I was very impressed with his presence on stage. A few months later I was looking for a singer for a band I was playing with and I immediately remembered that guy I had heard singing … I found his contact online and we contacted us from there. The first face-to-face meeting was in a pub in Camden where we talked more about football than anything else…with the time we became very good friends; and we truly believed in our friendship before we were thinking of any music business.

What are some electronic music events your hometown is big on? Any local acts you really enjoy?

We are lucky to have the best known European clubs of electronic music here in London; just to name a few: Ministry Of Sound, Fabric, Egg, Village Underground, Printworks… the list is much longer, not only for notoriety but even for the artists they bring; always good quality!

Then we have festivals…summer vibes and music, OMG that’s the shit! SW4 and We are FSTVL are somewhere to go if you’re around!

Who have been some of your favorite sets/concerts to gain inspiration from?

The Prodigy for their energy, Chemical Brothers for their visuals, Bring Me The Horizon for how they interact with the crowd and the choreography, Motley Crue for the fire!

Your recent release ‘Oh So Fun!’ is a fresh take on dance music with screamo influence. What is your favorite screamo song?

Tough question! Let’s go with ‘Maybe Memories’ by The Used

Will you guys continue to dive down this screamo or alternative electronic rock path, or what is next for Prïnceps? How would you describe the direction of your project?

We follow our creativity without forcing it. We know that Rock Music is our main background and it will always be a strong influence in our writing; maybe you guys are gonna listen to some screamo in our tunes still in the future!

In the meantime we also see that our style is given by an electronic sound … Perhaps unconsciously we are giving a new look to rock music by bringing it to clubs and closer to a new audience made up of different cultures. We are simply in the same direction previously taken by other artists such as Enter Shikari, Pendulum, The Prodigy, NIN, but without setting limits and labelling ourselves in a specific genre.

We have this gift of being able to make music and it is our form of freedom in those increasingly strict social schemes. Freedom cannot be limited otherwise it is no longer such; ours is a total free direction!

What was the first song you played together?

‘MJ – Thriller’ …we made a cover and we released it on free download; it was with our old band. With Prïnceps the first song was ‘One More Light’ by Linkin Park, you can find it on our YouTube channel.

Do you know the drinking game “never have I ever?” What is one thing that people would be surprised to hear you have EVER done?

Press: I’d say ‘drugs’ apart marijuana in younger age. Maybe for my permanent eye bags or my not friendly face, it happens often that people think I’m a drug addict, but I’m not actually … dunno how much they believe me but they always look surprised.

Renz: I dont think there is much I could shock you with, I was raised in an organised religion so I would have to drink if the question “have you ever been part of a cult?” was asked.

What is one philosophy you live by?

What has been one of your favorite moments along your musical journey so far?

Anytime we went on stage together, the magic was unbelievable.

Kasbo Shares on Latest Gems, ‘Staying In Love’ and ‘Skogsrå’

Fresh off the success of his latest release “Show You”, Swedish producer and electronic artist Kasbo returns with the third…