Kasbo Shares on Latest Gems, ‘Staying In Love’ and ‘Skogsrå’

Fresh off the success of his latest release “Show You”, Swedish producer and electronic artist Kasbo returns with the third teaser and double single drop ahead of his eagerly awaited sophomore album, The Making of a Paracosm, set to release on October 23 via Foreign Family Collective/Counter Records. 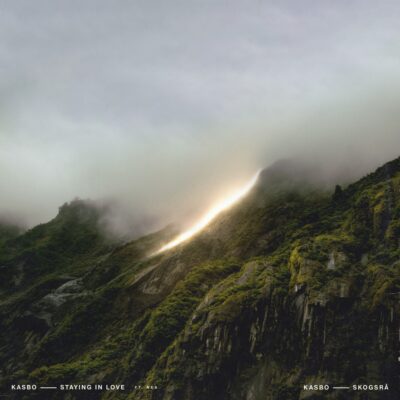 Kasbo on “Staying In Love” shares, “I wasn’t originally having this one on the album. I went to Stockholm for a few weeks to wrap up the last parts of the album, recording vocals, etc. Me and Linnea (Nea) hung out there and she convinced me that I needed to try to make it work for the album even though I was in the final mixing step for the other tunes.

I’m insanely happy she did because this is one of my favorite tracks on the album. The heartfelt lyrics about the inevitability of love fading, the melodies, and everything is just so strong and moving. I pushed myself really hard to make this song feel like something unique production-wise. It draws on inspiration from Jungle, Ambient, Lofi, pop music, and my more classic sound and I’m super happy how it all came together.”

Nea adds, “To me “Staying in Love” is about the struggle of holding on. It’s so easy to think the grass is greener somewhere else, to go out and look for the next thrill instead of seeing the person next to you. To actually be still and hold on even when the first glitter is gone can be the hardest. Or as we say in the song: “To fall in love is easy, be in love is easy, but Staying in Love is hard…” Kasbo and I have been friends and co-writers for many years now. I’m a big fan of his style and musicality.”

Heavily influenced by Kasbo’s Swedish roots, “Skogsrå” is a reference to the symbolic forest spirit widely found within Scandinavian folklore.

Known to many as “the guardian of the forest,” the beautiful and alluring Skogsrå has been said to steal the soul of confident explorers, slowly turning their intrigue and trust into uneasiness and introversion until they become lost to the woods forever.

Distorted synths and shifted vocals create an exhilarating and edgy composition, playing heavily into Kasbo’s strengths as a lauded electronic music producer. Echoing the mythical message of the Skogsrå, listeners will find themselves lost in the track as they would if enchanted by the fabled spirit. Creatures such as the Skogsrå offer another look into the impactfulness that Swedish storytelling had on Kasbo throughout his upbringing, and provides additional insight into the elements that have shaped his own paracosm.

On “Skogsrå,” Kasbo notes, “I was in a bit of a dry spell when I made Skogsrå. I remember deciding that I had to make a song a day, to stop overthinking the music and lose the pressure of every song I made needing to be perfect or ideal for the album. I think I made Skogsrå on day 4, and it’s the most polarizing and unconventional song I’ve made to date.

It’s so aggressive and ravey in such a fun and cool way and different from anything I’ve heard. For the vocals, me and Ourchives were in the studio one day and felt like the song had almost a predatorial feel to it, which spawned the idea of writing lyrics about a “skogsrå” which is a female Swedish mythical creature, who pretty much hunts men in the forest.

We knew we wanted to write from the perspective of the Skogsrå who is slowly familiarizing herself with her instincts and found Tove who had the perfect voice and delivery to fully paint the picture. We ended up with a song that turned out to be what I consider to be one of my most interesting works to date.”