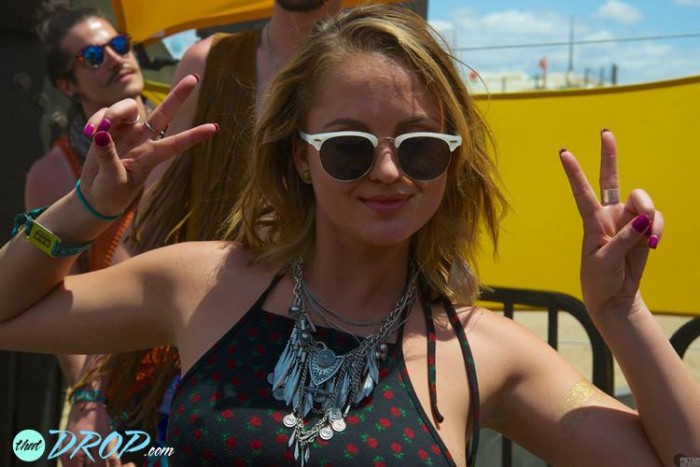 The Do LaB has done it again; Lightning In a Bottle 2015 (LIB) was nothing short of epic. To summarize the entirety of awe and wonder from the entire weekend is difficult to eloquate, but here goes…

If you have never been to this Godfather of transformational festivals, let us start by saying go.

Get out there. Experience it for yourself.

You have to see it to truly capture the essence of the vibes that are created at Lightning in a Bottle. Never will you witness so much love and openness from people from varying walks of life.

Everyone lets their guard down for a few days and lets their freak flags fly. 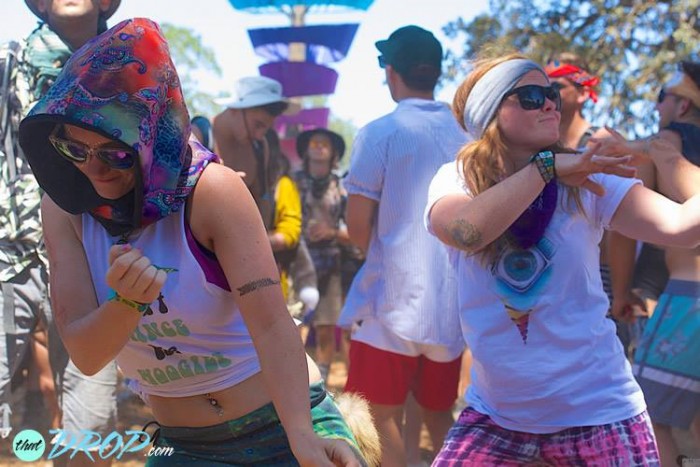 Lightning in a Bottle is often compared to Burning Man because of the similar atmosphere that is created from scratch. So many people and so much hard work goes into providing us (the lucky ones who get to go) with every form of art and creativity imaginable. It feels like you could go to this festival, stand in one spot the entire weekend, and be entertained or moved beyond most people’s wildest imagination.

However, there is so much to do and see that stimulation overload is an understatement. 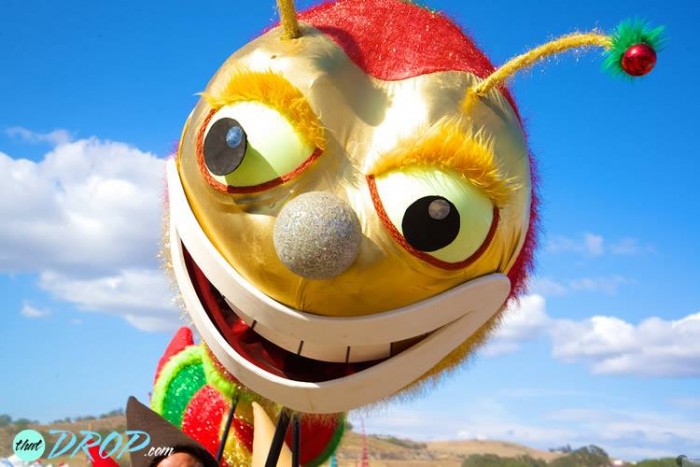 Most of the crowd is fairly young, so the battles of festival conditions don’t seem to affect the pace of the flow of close to 25,000 people. The days were a bit toasty, but nothing near 2014’s event. The addition of bridges this year made a huge difference in the overall ease of getting around. Trekking up and down LIB’s canyons was intense in 2014, but The Do LaB heard our cries and added bridges to bring a proverbial high five to the game.

When crossing the bridge, attendees are forced to pass the oncoming food traffic in close proximity which was all good in our book as fans were greeted by an overwhelming response of welcoming salutations from old folks and kids alike. Say what you will about the high five, but at the end of the day it was an unexpected connection bonus that surpassed what anyone could have expected. 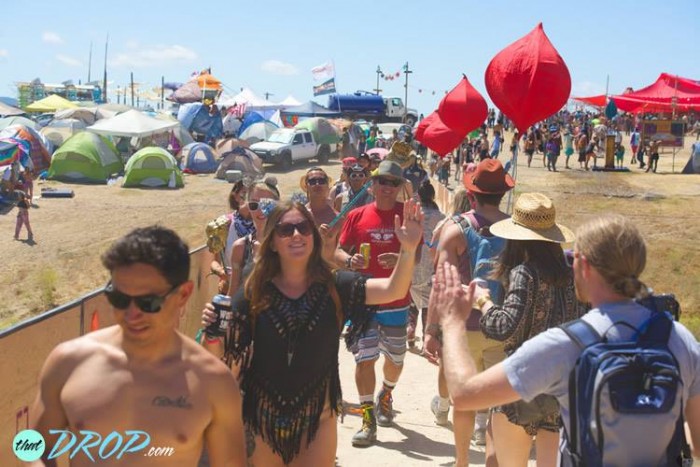 Before we get into the music aspect of Lightning in a Bottle, it’s almost a requirement to illustrate the immense transformational aspect of the festival. We were fortunate enough to hear Dede Fleming, a Do LaB creator, speak at a press mixer.

Dede shed light on why Lightning in a Bottle works so well and how the essence of who they are shines through to the entire festival.

We were especially impressed with Dream Rockwell. She is the creator of The Lucent Dossier Experience (who performs every year at LIB) whose shows are always inspiring. But more importantly, Dream is responsible for The Temple of Consciousness area at Lightning in a Bottle where attendees were able to hear some of the most brilliant and inspiring minds like Neale Donald Walsch (author of Conversations with God), Nassim Haramein, and Dream Rockwell herself. 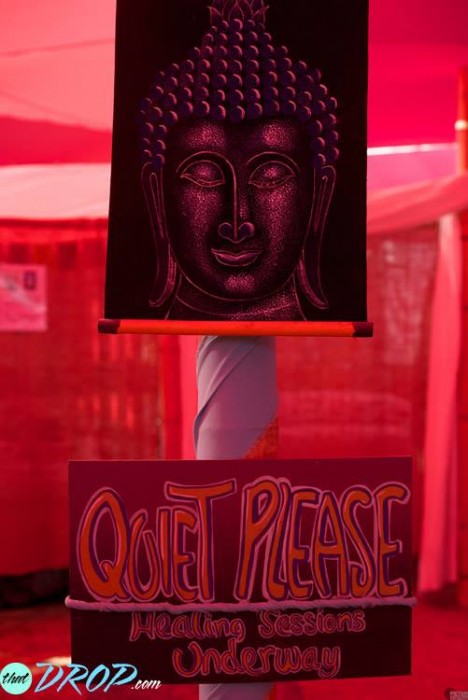 The Temple of Consciousness, yoga tent, and Meditation Lookout provided multiple avenues for healing at LIB

The Temple of Consciousness was also the area where the Learning Kitchen takes place. The Learning Kitchen hosted healthy, vegan food workshops that cover everything from juice cleansing mechanics to sensual raw chocolate aphrodisiacs and elixir making.

There was also the Pineal Playground which covered everything from breath-work and meditation techniques to heart-centered listening and psychedelic first aid.

The Mystery School is another space dedicated to conscious eating, plant medicine, and adult sex education. The Healing Sanctuary provided a respite where festival-goers could enjoy a massage, drink green magic potion, or sample some essential oil sprays.

Meditation Lookout was yet another place where LIB attendees could go to meditate and witness the beauty of nature or just watch the sunset with a large group of people. When neared its final dip into the horizon festival goers and new friends would come together to howl and applaud the sun for its fine job that day.

It was an amazing connection to share with everyone. 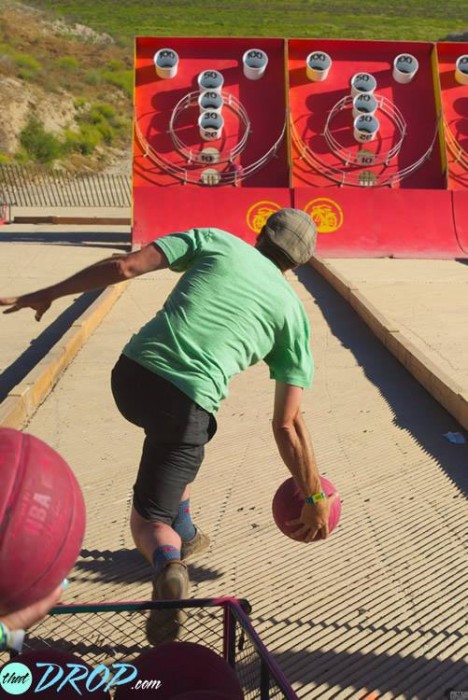 There was a Yoga tent for the Yogis, a giant Skee-ball game where one could roll dodge balls down a hill, and a Visionary Art Dome with images projected on it at night that could keep visitors occupied for hours, especially if one were in the right frame of mind.

All of these elements are what makes Lightning in a Bottle so special and unique and this is why LIB is the forefather of transformational music festivals.

Coincidentally, it’s also why it’s so easy to keep coming back year after year. As Dede Flemming mentioned during the mixer, there is no particular artist that makes or breaks the outcome of Lightning in a Bottle.

This makes complete sense because LIB attendees don’t come to this festival solely for the music.

The music is a huge part but it’s just as interesting to discover artists with an open mind as new moments unfold.

Friday’s journey at Lightning in a Bottle could have taken one on a path from Pumpkin to Bob Moses,  Jason Bentley,  Gladkill, ODESZA, SBTRKT, then GRiZ – one of the favorites of the day. Hearing GRiZ’s versions of “Jungle Boogie”, Seals & Croft’s “Summer Breeze”, and “Kung Fu Fighting” were some unexpected highlights from the set as the crowd went bananas. 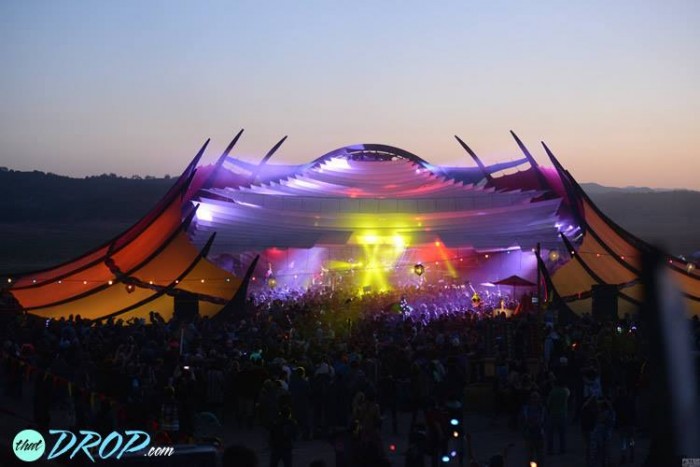 The sun sets behind the Main Stage

The night couldn’t end there since it was only 2am, and it was then time for the silent disco Motion Potion/Radiohead set. Needless to say, it was sick! The evening ended at the Temple Stage where Beautiful Chorus, an all female acapella group, procured a downtempo vibe until 4 am.

The bass was so deep, dirty, and just plan massive – it honestly moved you to dance whether you wanted to or not.

But trust us, you wanted to. 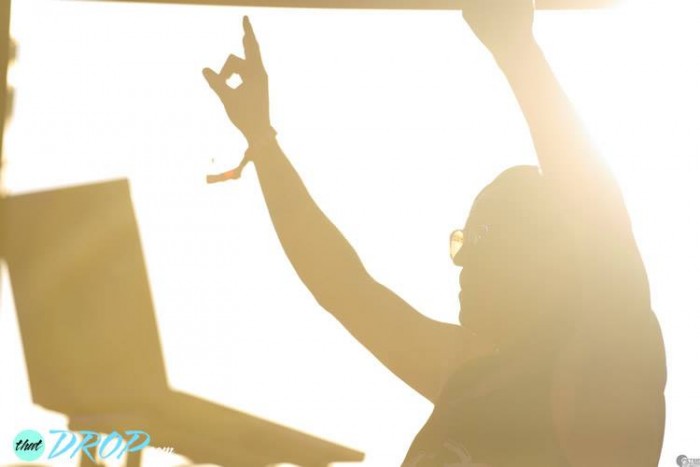 Performers had no problems igniting the crowd

Then came Sunday, the day where you just began to catch your groove. Even though exhaustion was imminent, you wanted to hear more bass, more music, and do more things because you knew it had to end that night.

Sunday afternoon caught a random presentation by Roger Steffens, a dear friend of Bob Marley’s, that talked about his early life and career.

Perhaps the biggest impact of the day was Neale Donald Walsch. Walsch encouraged attendees to take what they learned at Lightning in a Bottle and go out and change the patterns of their day to day lives.

It’s easy to have random, deep connections at Lightning in a Bottle because everyone feels like they are on the same plane. Maybe that’s what springs it forward and creates the transformative experience. Even police and security are nothing but helpful at LIB. They’re just there to make sure no one gets hurt. If only that mentality could spread throughout the day to day world.

There is no room for insecurity at Lightning in a Bottle because no one is judging and the crowd seems to be completely aware, conscious, and in-tune with the principles of bettering humanity while responsibly enjoying themselves. 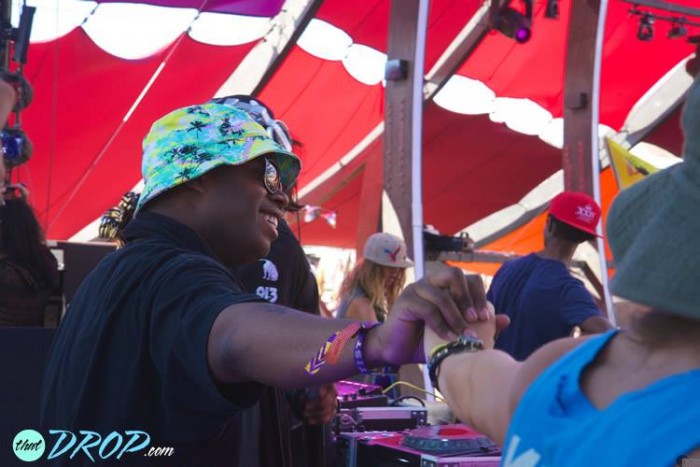 Random, albeit deep connections are common at Lightning in a Bottle

Lightning In a Bottle is truly a catalyst for personal growth and The Do Lab has succeeded in providing a constant flow of inspiration to tap into new desires and ideas.

LIB is a massive idea immersed in a higher-conscious ideology which flows perfectly into an even bigger party. If you’re looking for an excuse to escape the ordinary and mundane for a few days, come out to the middle of nowhere and get lost in the magic of fun, learning, yoga, health and meditation at Lightning in a Bottle. 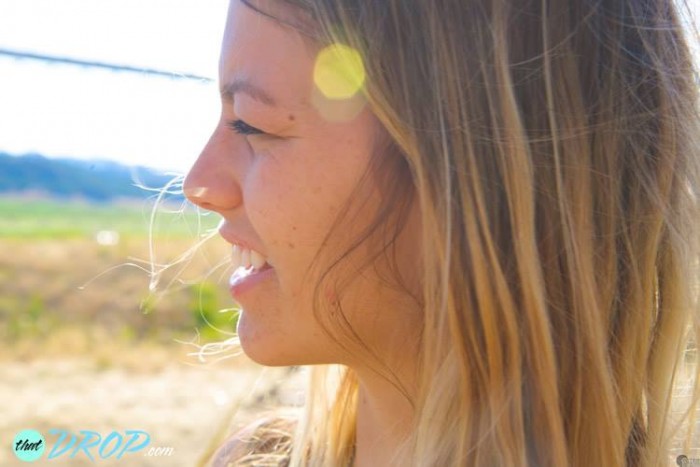 Lightning in a Bottle makes us feel like we can change life and the world for the better, and you might just learn something about yourself, others, and our place in the universe.

By catching that Lightning In a Bottle maybe, just maybe, we can share it with the rest of the world. 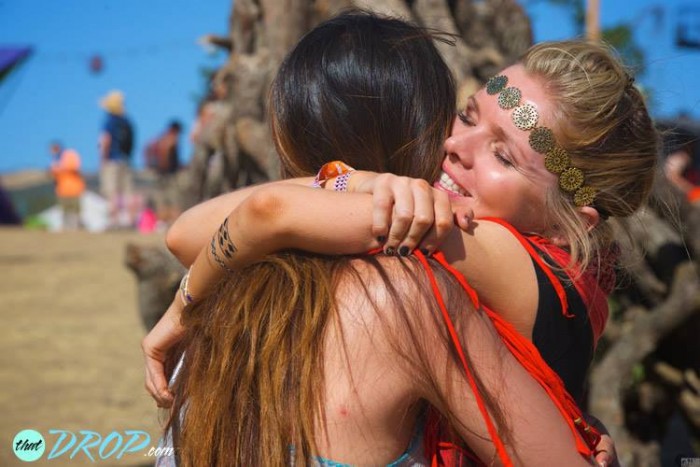 Be sure to connect with Lightning in a Bottle on Facebook and through the official LIB website. For more photos, check out our complete LIB photo album on Facebook by clicking here.

To stay up to date with the latest EDM festivals, events, and happenings hop on over to our event calendar and start planning your next journey today.

Watch the Lightning in a Bottle 2015 documentary series recap below.

All photos by Peter Lefevre Photography