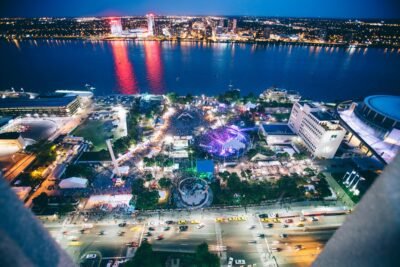 Over Memorial Day weekend, Detroit-based promoters Paxahau pulled out all the stops for Movement Electronic Music Festival 2015 and created what can be described as one of the most soulful celebrations of the heartbeat of electronic music.

Reeling in genuine music lovers from all across the globe, the three-day festival set the bar high for a quality lineup, luxurious amenities, welcoming crowds, and (mostly) overall hassle-free festival experience – and it all went down in the “birthplace of techno”.

If you’re down with the underground sound, Detroit is the place to be. Detroit, Michigan’s largest city, serves as one of the most important locations for the techno genre. Kicking off in the mid ’80s and early ’90s, Detroit has served as a musical home for artists like Kevin Saunderson, Derrick May, Juan Atkins, Carl Craig, and many more. Between the analog synthesizer sound and unique drum usage, Detroit not only claims credit to some of the first techno productions, but it continues to celebrate its creation proudly.

Regardless of what it’s been called [Detroit Electronic Music Festival (2000–2002), Movement (2003–2004), Fuse-In (2005), or Movement Electronic Music Festival (2006 -present)], the festival has always been about the music and about celebrating the history of dance music while embracing its continual evolution. Standing out in a industry saturated with over-populated and over-presented music festivals, event organizers with Paxahau keep it grounded with reasonable prices, a talented lineup, and overflowing love. 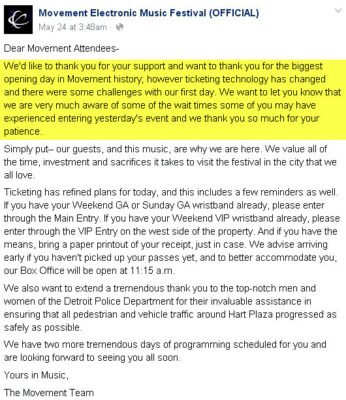 For many, the first day at Movement Festival held slight misfortune, though. One hiccup that many attendees experienced regarded a mailing mishap among event organizers. Many fans opted to have a hard copy ticket mailed to their house, for an additional fee, but there was a mailing mishap that resulted in many never receiving their copy. An overflowing crowd anxiously waited in seemingly endless will call lines. While excited smiles remained on the faces of many, there was certainly an aura of fidgety displeasure along the front gates on day 1.

Once inside the festival gates, crowds were graced with an abundance of diversity from the featured artists to colorful cultures.

Whether you showed up for the hip-hop tunes of DJ Snoopadelic (Snoop Dogg), the bass-filled set of Dog Blood (Skrillex and Boys Noize), the techno tunes of Richie Hawtin, or the classic throwbacks of Classixx, there was a bit of something for everyone. 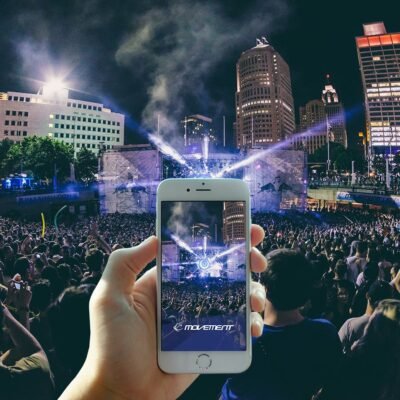 With all of this talent, set times and stage locations are always sort of catch-22 for fans. With six stages and more than 140 artists, there are bound to be some conflicting schedules.

The free app allows fans to easily schedule and split their time between must-see favorites and yet-to-be discovered performances. Luckily, set times were staggered to help everyone to catch everything they wanted to see. Set times typically lasted 60 to 90 glorious minutes.

One amazing feature of the app is the “My Schedule” tab. “My Schedule” allows fans to create a customized musical map of sorts to help ensure they see all artists on their list.

With all of the options, Movement Detroit is definitely an event for the masses. It wasn’t just ticket holders who were enjoying the festivities either.

Detroit police were even getting in on the action.

Allow us introduce you to Officer Frederick Youngblood, if you haven’t already heard about him. Festival-goers were graced by the b-boy dance moves of Officer Youngblood during a set by Scottish DJ Hudson Mohawke on Movement’s Red Bull Music Academy Stage.  Getting even more personal, Officer Youngblood joined ticket-holders down in the midst of it all for a quick one-man dance battle (video below).

“It was just to let the crowd know we support them and love them. And they love us too,” Officer Youngblood told the Detroit Free Press. “It’s a great thing when the community and the police come together.”

If the stages, artists, and tunes didn’t bring enough excitement, did we mention the view?

Located in the heart of Downtown Detroit, Hart Plaza offers up some a breathtaking backdrop. Parallel to the Beatport Stage was the Detroit River, and dance floors were graced with stunning view of neighboring Canada. This wide-open Beatport Stage was graced with the talents of Soul Clap, Maya Jane Coles, Hot Since 82, Dubfire, Route 94, Nicole Moudaber, Catz & Dogz, and many more. 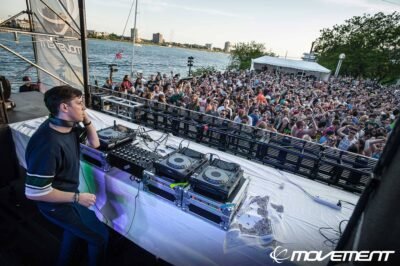 A theatrical presentation in itself, the festival’s amphitheater Movement Main Stage hosted some of the hottest names of the weekend.

With a complete 360 view, this stage served as a popular meeting place for all-around views and impressive entertainment.

Although the festival didn’t run into the wee hours of the morning, the after parties did (and then some).

Withing walking distance of the park, artists and fans alike flocked to the surrounding venues for some A-list after parties. Running into the following mid-afternoon, DJs set up for a second wind of excitement. At merely a fraction of the cost, Movement attendees and other fans were able to catch intimate performances from their favorite artists. 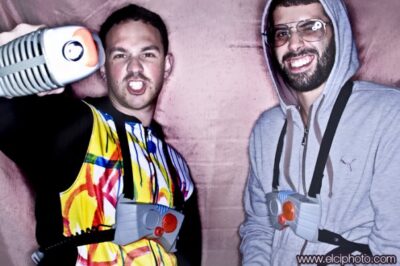 Held at TV Lounge, Soul Clap’s House of eFunk event may have been concluded as one of the best after parties of the holiday weekend. Music lovers were offered up 13 hours of ear-pleasing entertainment, beginning Saturday at 11pm and going strong until noon on Sunday, compliments of Paxahau, Soul Clap, Red Bull Music Academy, and Crew Love.

For this who didn’t venture off to the Soul Clap event, there were 80+ other after parties to choose from.  Some of these epic parties include ‘The Official Movement Closing Party’ with Richie Hawtin, Loco Dice, and Guti, the ‘A Night With Disclosure and Kevin Saunderson’ party, the ‘Detroit Love’ party with Carl Craig & Friends, the ‘Girls Gone Techno’ party with Sydney Blu, Lady Leb, and many, many more.

Whether its the festival itself, the before-and-after parties, or the importance of techno in such an EDM devoted area – Movement Detroit is without a doubt a force to be reckoned with.

Keeping focus on what we all came to experience – the music – event organizers ditched the glitz and glam to keep the Memorial Day holiday weekend soulful and moving. If you didn’t make it out this year, we definitely recommend that you check it out next year.

Serving as a walk down musical history lane, Movement helps to remind us where the music comes from and why we continue to thrive so heavily off these feel-good tunes. 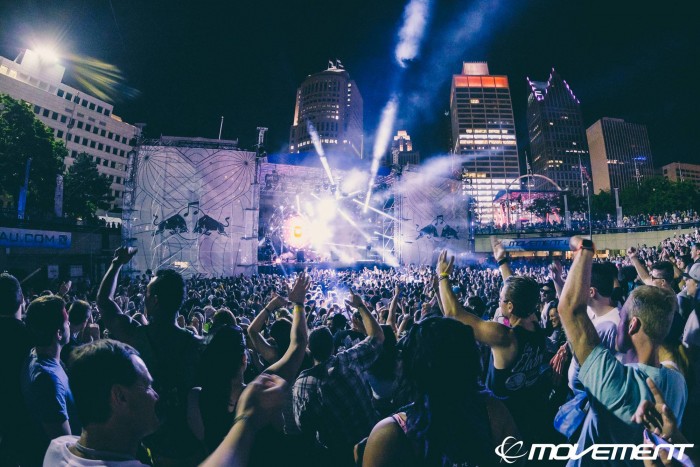 Michelle is a self-proclaimed writing goddess who lives for smiles and reminds you to always love your #selfie.