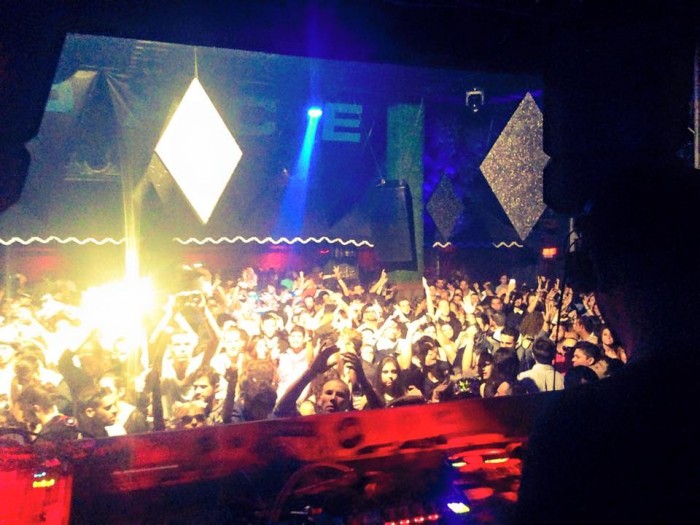 Loco Dice looks out onto The Terrace at Club Space Miami during his record breaking 24-hour set on New Year’s Eve. 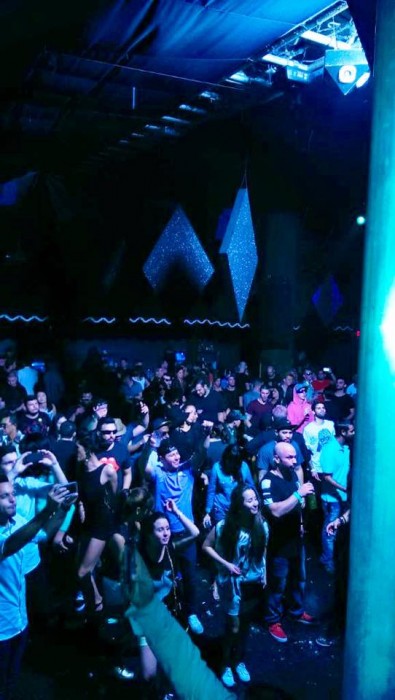 The crowd looks on during Loco Dice’s 24-hour set on New Year’s Eve.

Kicking off at 10 PM on December 31, Loco Dice threw down on the decks for 24 unbroken hours.

One of the most well known nightclubs in the world, Club Space Miami is where you go for a true dance music experience. In it’s second decade of operation Space has seen the most storied DJs in the industry continually return to cater to dance music enthusiasts.

10 hour sets are not out of the ordinary at the massive warehouse located just west of Biscayne Boulevard. With recurring appearances by legends including Deep Dish, Erick Morillo, David Guetta, Eric Prydz, Victor Calderone, and Cedric Gervais you can imagine the epic sets that have gone down at one of the highest grossing nightclubs in America.

The night kicked off with a packed house, as the line on NE 11th Street wrapped all the way around the corner and south onto NE 1st Avenue. Those who decided to stick it out were in for a treat.

The fact that Markus Schulz’ main room marathon set from open to close has been practically overlooked lends testament to the madness that occurred just upstairs. Once inside, it was a difficult decision as to which set to take in.

With history underway, watching Loco Dice do his thing was too difficult to forego. 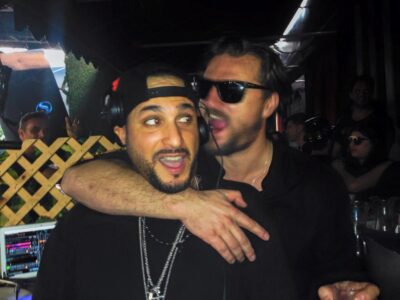 Immediately upon hitting the upper levels of Space the grooves were on point, emanating from The Terrace Stage all the way back towards the bathrooms.

Fellow producers even made an appearance, spending their New Year’s Eve appreciating the stamina on stage.

Despite being packed to the seams, the servers as high volume specialists did an incredible job keeping the beverages flowing.

Their efforts are even more appreciated considering that tickets granted access to the open bar until 12 Midnight.

Despite popular reports, there was a reasonably priced cover charge until the morning came around.

As most people were waking up to their New Year’s hangover, Loco Dice continued to smash the decks. In typical Miami fashion, music enthusiasts were streaming in at 11 AM as the club waived cover fees and handed out Red Bull energy drinks to help keep the moves going.

The seasoned club-goers were very apparent, donning sunglasses on the dance floor as the sun crept through the covered ceiling.

Club Space confirmed that the record was officially broken on New Year’s Day, just before midnight.

Yes! Over 24 hours of Club Space with @LocoDiceOFC on our Terrace! Only at Space! pic.twitter.com/gvGS14djRZ

The performance came just shy of one year since Loco Dice surpassed his previous marathon of 18 hours and marked the third time he has set the record at Club Space.