A few months after releasing the album Breath, Desert Dwellers has a new take on their original masterpiece. Known as Breath Reimagined Vol. 1, Desert Dwellers wanted a chance to let their peers create new versions of the original tracks. The first of three volumes includes remixes by DRRTYWULVZ, Mindez, Bluetech, Dissolv, Halfred, Tribone and more.

Yesteday, thatDROP released a teaser mix by Treavor Walton of Desert Dwellers. Released via Desert Dwellers record label, Desert Trax, the minimix premiered three songs from Breath Reimagined Vol 1.
Each track is a rework by legends of the psychedelic and world music genres that are cohesively mixed together. You can look forward to two remixes of “One that Shows the Way” by Mantis Mash and Somatoast. Additionally, Halfred puts a unique spin on “Dreams Within a Dream” while Nanosphere goes deeper with “Traversing the Endless Road”. The full album dropped today, January 24th, 2020.

In support of the release, we got exclusive insight into the inspiration behind the new Breath Reimagined Vol. 1, as well as, all things Desert Dwellers. 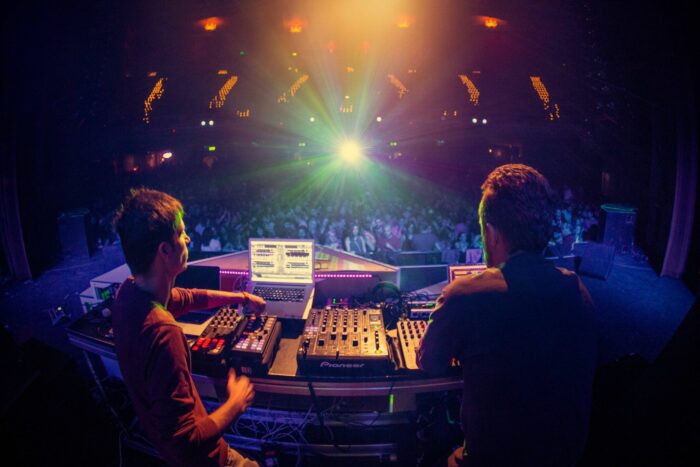 What were your intentions behind creating your album Breath and your music in general? How does the Breath Reimagined Vol. 1  add to the original tracks? How did you go about selecting these particular artists to remix your music?

The Breath album is the final installment of the Downtemple Dub series even though we left that out of the title itself. We really wanted to do something totally different than our last album and didn’t want to make any “Bass” music either. We love that bass, but we grew tired of that sound and in a way this album is a return to our roots in the Tribal House genre. For Vol 1 of Re-Imagined we originally made a wishlist of artists we’d love to have remix tracks from Breath and luckily many of them agreed! We also picked select artists we’ve worked with before mixed in with new ones.

Have you guys done some traveling to discover some of the sounds you have implemented into your music? If so, what cultures have influenced your sound?

Amani Friend: Mixing ancient sonic realms with the modern worlds has certainly been a primary theme that goes back to the beginning. We have a deep resonance and love for authentic World Music lineages and like to bring these into modern contexts no matter what genre we are exploring. For me, “Ancient Future” was actually my senior thesis in 1998 when I graduated from music school.

What else influences your sound?

We are always keeping up with current electronic music and constantly being influenced by it.

We love the drippy nature of your music. I recall a friend of mine saying he felt like he was dripping into quicksand during your set at Sonic Bloom. For people who like that drippy sound, which tracks of yours would you recommend?

What are you guys excited about for the upcoming months?

Mostly excited about the 3 albums of Re-Imagined versions of Breath as well as various shows like Gem and Jam Festival, Thrive Fest in Hawaii and many European shows in the summer.

Are there any artists you would love to collaborate with?

We would love to remix Dead Can Dance at some point.

Official Preview: Dirt Monkey with Yheti & Friends at The Bluestone