4 Hypnotic Psy-bass Artists You Must Know

Psychedelic bass music is a progressive genre of trippy multiplex sounds that are not only strategic, but hypnotic. Most releases in psy-bass have mellow undertones with intricate overall structure. Artists have dabbled into this unique category of electronic music, but a handful truly are at the forefront.

It would be a crime to not include the all-mighty Ott. when discussing the leaders in ambient dub. He was lucky enough to experience a musical revolution during the 1980’s in London. There he discovered a new group of forward thinking artists who were fearless for combining bass heavy rhythm with abstract soundscapes. His exposure to sounds from various cultures at an early age marked the beginning of his journey as a producer. 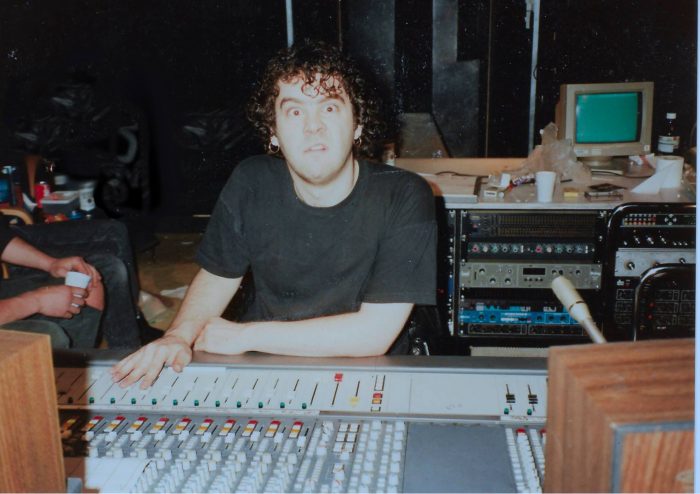 In 2002, his name became globally recognized with his release “Hallucinogen in Dub”. Released via Twisted Records, the project included a number of classic psy-trance remixes.  Many still refer to this work as the best electronica album ever made. It’s rather mellow, but undoubtedly mesmerizing and full of rich layers of texture. Not long after, Ott. went on to release another album, Blumenkraft. This venture consisted of his earlier works, which also was held to very high regards world-wide.

Today, Ott. is still making great music and touring pretty heavily. Earlier this year he appeared at Bassnectar’s first ever Deja Voom held in Mexico. Ott. is also planning a mini US tour beginning in October with support from Goopsteppa, Thriftworks and Living Light. You can make your way to the Ozarks for the inaugural Wakaan Festival where Ott. will be in early October.

It’s no secret that Ott. and Shpongle have worked closely over the years given their apparent similarities when it comes to sound and background. Formed in the late 90’s, the duo including Simon Posford and Raja Ram are known for beginning the movement towards psybient music. The genre is a combination of globally influenced sounds mixed with psychedelic trance and ambiance. They’re highly acclaimed by listeners and well known for being the best of the best in their niche.

Shpongle also formed into a full fledged 12 member live band for some performances. They were a rare sighting in the early 2000’s but later on they began touring together and were a rather popular choice among the festival scene.

After 20 years of performing and creating one of a kind music, Shpongle live announced their retirement from live performances toward the end of 2018. They went out in style with their last performance that took place at Red Rocks. According to a long and heartfelt post from Simon Posford on Facebook, the final performance did not happen without a fair share of struggles. The full band only had a few days to rehearse together before the Friday night show. The night was accompanied by some major issues with sound and a few mistakes by members of the band. There were 70 musicians and performers as well as stage crew on stage during the Friday night event which made coordination difficult.

Regardless, Saturday went off without a hitch. The 2 nights combined was the cherry on top to the end of an era for the Shpongle live band. 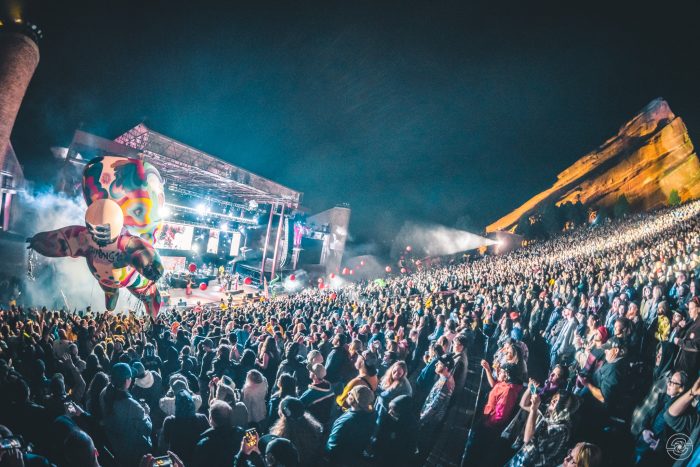 Treavor Moontribe and Amani Friend of Desert Dwellers have been creating music together for over 20 years now. In the late nineties they went under the alias ‘Amani vs. Teapot where they made more fast paced tribal house beats. The rave scene in the 90’s was when genres like acid house began to take hold in warehouse parties in places like Chicago. Amani and Treavor were able to catch the tail end of the popularity of upbeat music. Not long after in 2001 Desert Dwellers was formed as a down tempo side project. The popularity of slower psybass grew quickly in the early 2000’s and they decided Desert Dwellers was the project they wanted to continue with.

Earlier this year they celebrated their 20 year anniversary with a new album called “Breath” which landed them a top spot on the Beatport and Billboard charts. The album is 10 tracks long and it’s the 4th and final installment of their notorious DownTemple dub series that reflects upon the world’s natural elements.

Kalya Scintilla, known to some as Merkaba, is a psy-bass producer based out of Australia. His journey as an artist began shortly after he became inspired by the legendary jazz artist, Herbie Hancock. Through him, Kalya made it a mission to devote his life to connecting people to one another, and nature, through his music. 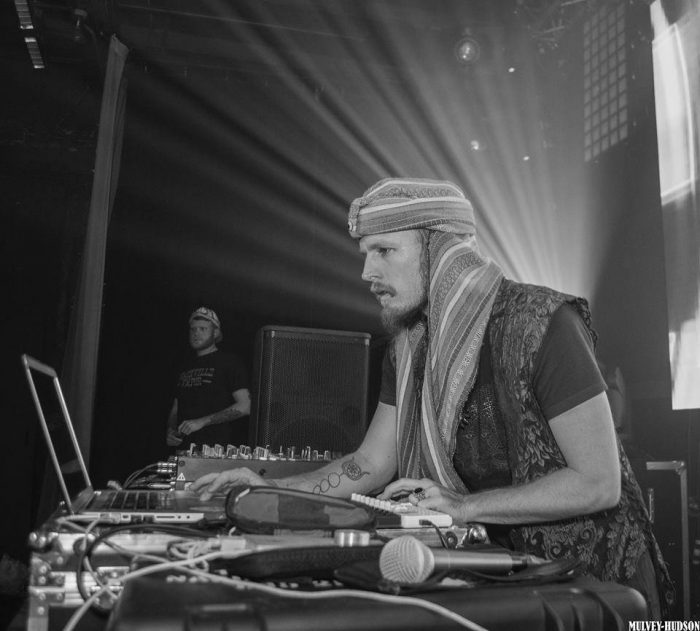 In the beginning, he was known as Merkaba but eventually transformed into his side project as Kalya Scintilla. In 2012, he began collaborating with Eve Olution. Eve is an internationally recognized theatrical director, storyteller and performance artist. She allows Kalya’s music to become more of a spiritual experience through her movements. Both Eve and Kalya have similar intentions in terms of why they create which is to heal, awaken and inspire. It seems they have been successful on their journey thus far giving the growing popularity. Kalya and Eve tour together regularly. They currently are in the middle of a short run of shows in destinations like India, Poland, Israel and France.

Representing the UK bass music scene is DJ and producer, Spacegat. You can just imagine how he sounds through his…

CRSSD Festival is growing a notorious reputation for creating countless accounts of FOMO for electronic music enthusiast. Yet again the…