How will you leave your mark on the world? 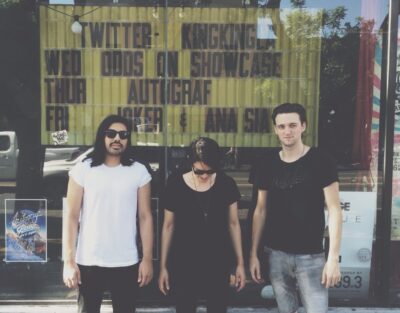 This is the question that Chicago artists Jake, Louis, and Mikul hope to inspire through their collaboration as Autograf.

What stemmed from a creative project aimed at injecting positivity into the Windy City community continues to quickly evolve as one of the most enticing sounds emerging in electronic dance music.

Initially explored as another outlet for their intrinsic artistic abilities, the Autograf project is captivating the ears of listeners around the United States with their self-described “future house” sound that is heavily laced with tropical influences and deep dance grooves.

‘It was really a series of continuous moments that brought us together,’ says Mikul.

We met while working on installations for art shows. Because of our similar backgrounds in the arts, we had a lot of mutual interests, including wanting to make music that we can be passionate about. It was right there and then that Autograf was born.

As the Chicago trio continues their North American tour leading into the summer music festival season, their unique approach to live performances is piquing the interest of dance music enthusiasts abound.

By implementing a marimba, custom djembes and steel drums, Autograf is bringing an authentic and primitively tribal element to melodic dance music. This synthesis of musical elements creates something new and fresh, invoking visions of a tropical paradise while creating a unique experience.

There is no denying that the implementation of live instrumentals is becoming increasingly popular.

When asked about the next generation of music in 1969, Jim Morrison of The Doors predicted that the sounds of the future would be a synthesis of elements relying heavily on electronic production. 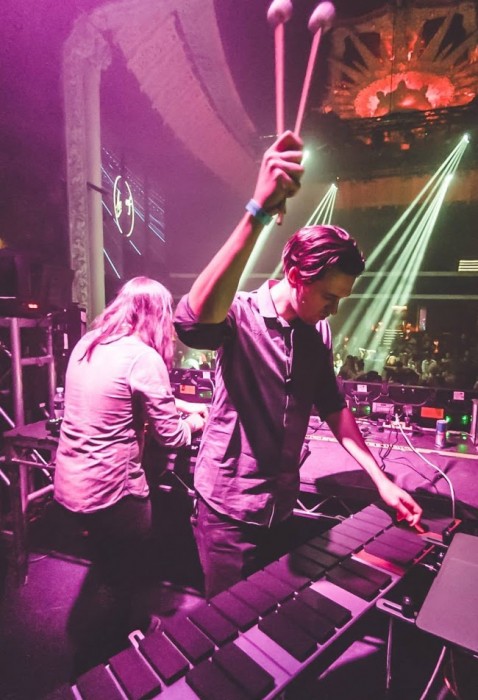 Autograf is bringing an authentic and primitively tribal element to melodic dance music.

With the evolution of dance music, it seems that the disposable ‘big room’ party sounds have captured the attention of the masses on an entry level. As people experience the scene more, they are gravitating back towards live instruments and finding their niche.

The younger side of the Millennial generation seems to lack an appreciation for the fact that instruments are how music has been created through most of the history of production. Nonetheless, it seems that things are finally coming full circle and the Chicago collaboration is front and center.

Billboard recently recognized Autograf in their feature regarding how EDM will move beyond the laptop in 2015.

In the past few months we have seen Pretty Lights perform at Red Rocks with the Colorado Symphony, Above & Beyond put on an acoustic performance at Porchester Hall, the emergence of the Michal Menert band, Opiuo’s live band, and the announcement of the Symphony of Unity headlining Tomorrowland.

Artists like Big Gigantic, GRiZ, and Russ Liquid have continued to make names for themselves while Timmy Trumpet is heavily influencing the emergence of the Australian EDM scene.

The shift of the electronic music landscape is undeniable and this is heavily apparent to Autograf.

Music has been pretty heavy and aggressive with the festival culture of the past several years. There’s definitely more of an appetite for things that are more melodic and musical with live instrumentation. You also see some push back on the heavy music […] People have gotten into vibing out more which is what we strive for.

With such an artistic background, their refined creative process has set the foundation for a seamless transition into the musical realm.

It’s interesting because production software like Logic is laid out in a very similar manner to graphic design software. It’s also very similar to video editing software so it’s like the creative process for visual art and music are very much like one another.

Whether Jake is dabbling in his favorite mediums of metal sculpture, oil painting, or graphite or Mikul with his street art in the form of screen printing, wheat paste, or stenciling, the motivation and inspiration is the same. For Autograf, the thrill of building and creating leaves their eyes wide with wonder for what the world continues to offer.

Whether it be music, art or building a project like Autograf, it’s kind of an obsession and it’s super gratifying to watch something grow that you put so much work into. 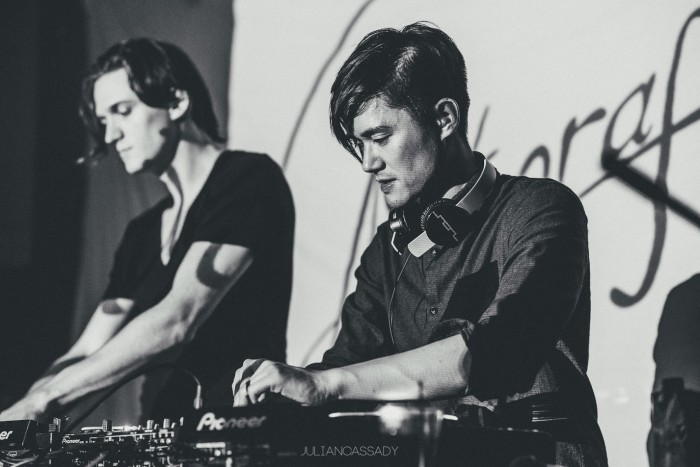 For Autograf, it’s all about self expression.

There is no denying their growth as they guys continue to use their music to inspire answers to the question that can define our personal journey: How are YOU going to leave your Autograf on this world? When flipped, the answer was without hesitation. For Louis, this was a no brainer:

To encourage people to leave their Autograf, to leave their mark on the world; and that means for people to stay true to themselves, to be uniquely you, and to have the courage to genuinely express that through everything they do whether it’s music, art, writing, dance, the conversation they have with strangers, whatever.

It’s all about self expression.

If people can do that and be real about it, that’s the ultimate Autograf.

So what can we expect from Autograf moving ahead? According to Louis, there is much to look forward to:

‘We’ve got like an album’s worth of original music right now. So far we’ve only released remixes and covers so it’ll be exciting to finally show the world our original material.’

Our goal as a collective is to continue making music that we can all stand behind and find new and innovative ways of incorporating art and technology into our live sets. Since we all have such unique backgrounds (arts, technology, music), our goal is to also stay curious and open minded throughout this whole process.

We’ve had some incredible opportunities come along in 2014 and we’re hoping to continue to ride out this wave for as long as we possibly can! 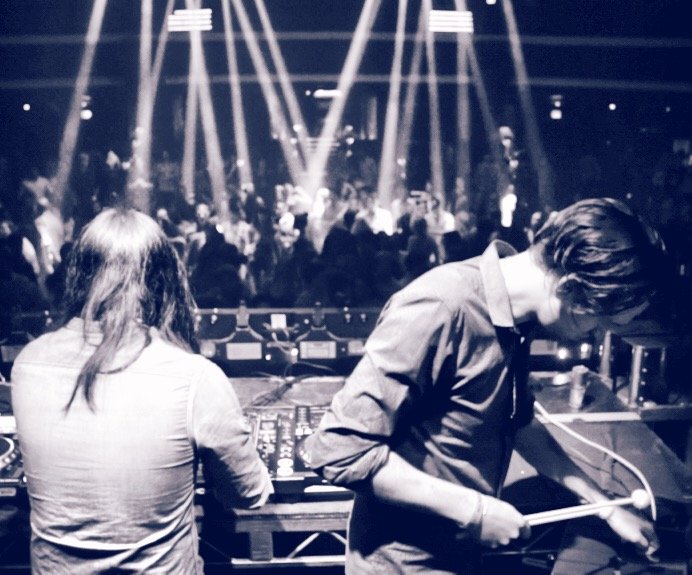 How are you going to leave your Autograf?

This is only the beginning for the the guys of Autograf. As long as their music continues to speak to the soul with those futuristic, tropical vibes, don’t expect them to go away any time soon.

To stay up to date with the latest from Autograf, be sure to connect with them on Facebook and SoundCloud and follow their upcoming tour dates by clicking here.