Why is 2022 Revolutionary for Electronic Music?

This year is set to be massive for music of all kinds, as the easing of the pandemic restrictions means that festivals and concerts are once more firmly back on the agenda. But it’s electronic music that’s likely to be dominating the airwaves, the festival fields, and winning hearts and minds in 2022 due to the monster albums in the genre that are set to drop over the next twelve months – and it’s these that we explore below. 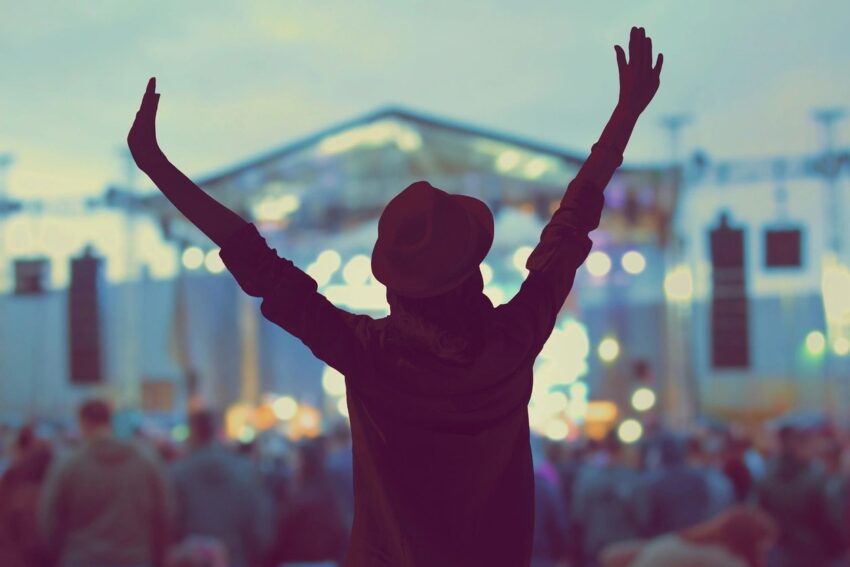 The third studio album by Flume will be released on 20th May and is the band’s first since their 2016 offering, Skin, which met with significant critical acclaim. The first single from the album, Say Nothing, was recently released to the delight of fans and new audiences. Flume collaborated with a host of other artists on this album, including Gorillaz’s Damon Albarn and MAY-A.

There’s no release date scheduled yet for Kaskade’s next album, but the artist has confirmed that it’s in the pipeline, telling his social media following ‘2022 is calling for a new album, and I am ready.’ While fans look forward to that, they can continue to enjoy Kaskade’s re-workings of his legendary Fire and Ice album from 2011.

Set for release on 29th April, this is one of the year’s most highly-anticipated albums from dance duo Sofi Tukker, who are currently considered to be favorites to pick up a Grammy award. The band has spoken about the importance of evolution and development in their creation of the album, which is echoed in the record’s title; it’s an acronym for ‘when everyone tries to evolve, nothing negative is safe.

Fans have been waiting a long time for this third album from Alison Wonderland, which will be her first full-length album since the successful 2018 LP, Awake. Loner is scheduled to hit streaming platforms from 6th May and is sure to be an instant hit. Four singles have, to date, been released from the new album; New Day is the most recent of these, a hypnotic track that comes complete with a Wild West-themed video.

The 15th of April will see the release of Swedish House Mafia’s debut album on Republic Records. This may be their first album, but it’s been an epically long road to this point for the legendary band who split over a decade ago. A darker, techno-fused style characterizes Paradise Again, which features collaborations with fellow big-hitters, including Sting and The Weekend. Electronic music is increasingly being used on social media, gaming, and other videos. Have a look here for royalty-free music if you need a soundtrack for your next project.

Having been on hiatus for two years, there’s understandable excitement about the fact that The Chainsmokers are expected to release a new album later this year, the band having caused a flurry within the electronic dance community in January when they posted on social media that they were back. So far, two singles have been released from the new album, High, and iPad, both of which have garnered praise from critics and fans alike, which has only fueled anticipation about the forthcoming LP.

Lights have been long sought-after as a collaborator by a multitude of other artists but remains a powerful solo artist in her own right. PEP is her fifth album, and it was released on 1st April. The album is a treasury of electro-anthems and is accompanied by a comic book, The Clinic, which is written and illustrated entirely by the artist.

Ultra, one of the biggest dance festivals in the world, is where Ookay’s fifth studio offering will have its inaugural listening party: it’ll be played, in full, to a huge audience of appreciative electronic music fans. The fourteen-track album was officially released in March – in an interview in February, Ookay enthused, ‘I can’t wait to show the world what I’ve been crafting.’

History by The Knocks

The Knocks new album has been tipped as a possible contender for the year’s best dance album – it may be an outsider, but it’s in the race for sure. Scheduled for release at the end of April, the band has worked with a wide range of other artists as part of the project, including Cold War Kids and Foster the People.

James’ second album, Lifted, is likely to meet with significant success upon its release on the 8th of April; it’s perfect timing, as the artist will be performing back-to-back sets at Coachella shortly afterward. James’ previous album, 2019’s Between Us, featured the worldwide hit, Numb, and it’s expected that tracks on the latest offering will follow suit. The single On Your Own was recently released, on which James collaborated with Grammy-nominated stars Cassian and Elderbrook.

Audiences and fans have been waiting five years for the release of this album, which was released on 1st April. The twelve-track LP is an indietronica treat that builds on the legendary Grabbitz album of 2015, Better with Time.

More Than Pressing Play: 5 Little Things That Will Improve Your DJ Skills

The journey DJs bring the audience through is something we’re all more than aware of in EDM. They are…