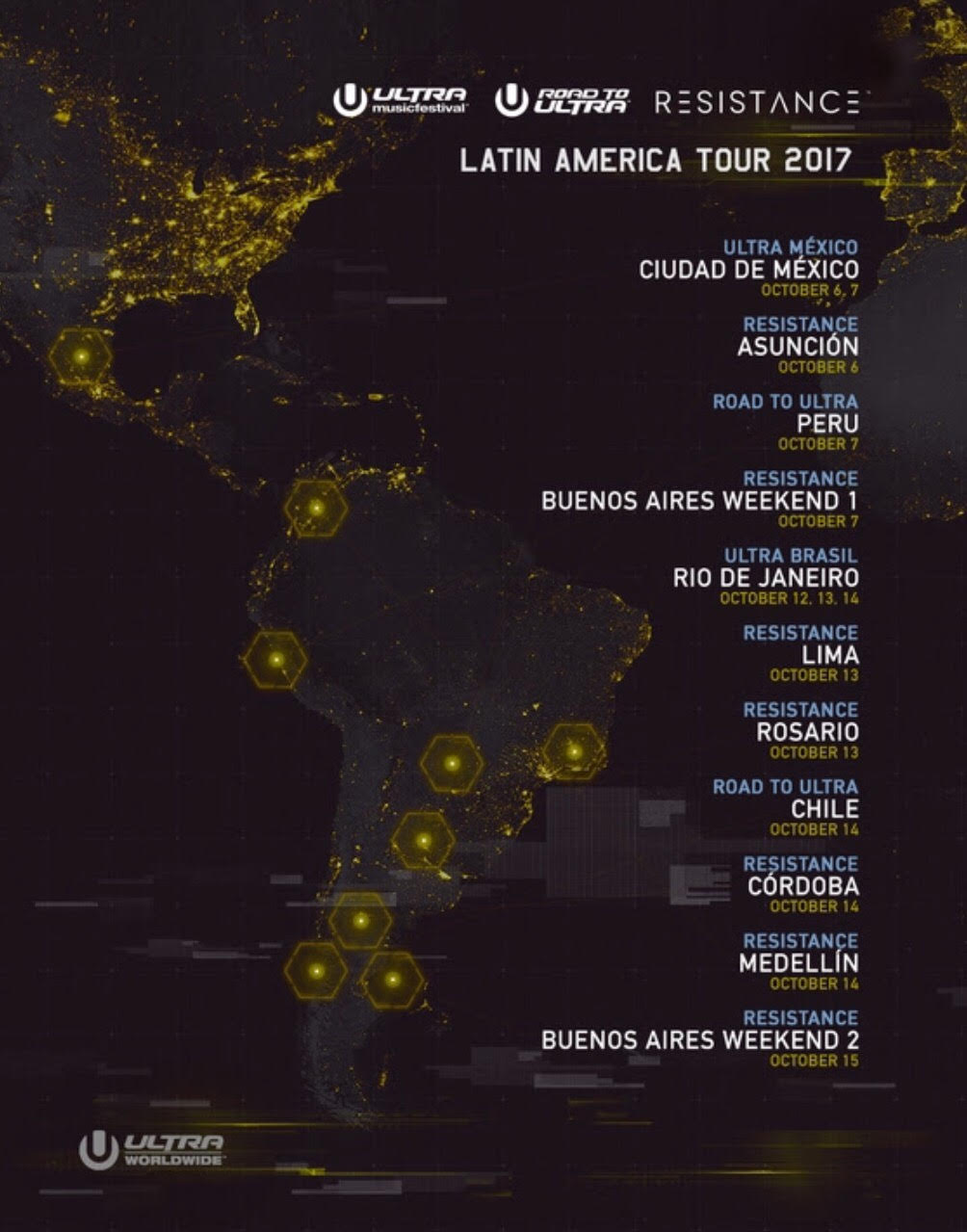 Ultra’s Latin America Tour started off with the debut of Ultra Mexico.

Road to Ultra commenced in Peru on October 7th at Club Cultural.

Afrojack, Nicky Romero, and Alesso headlined with support from Malaa, Feed Me, and The Zombie Kids.

Ultra Brasil consumed the city of Rio De Janeiro the weekend of October 12, 2017.

The vibrant culture of Rio de Janeiro was experienced by fans at Ultra Brasil. Attendees anticipated sets from Above & Beyond, Marshmello, David Guetta, Steve Angello, and more!

Watch part 7 of the Ultra in Motion video series: RIO IN MOTION.

Listen to “Thank You”, the latest EP from The Martinez Brothers:

On October 14th, the city of Santiago welcomed back Road to Ultra: Chile at the Movistar Arena.

From the original Ultra Miami in Bayfront Park to the first ever Ultra China in Shanghai, these past spring and summer months have been a huge success for Ultra Worldwide. We can’t wait to hear what Ultra Worldwide has in store for us next!