The 6th annual edition of ULTRA Europe 2018 returns on July 6-8th at Poljud Stadium in Croatia. From 148 different countries, the festival is filled with at least 120,000 music lovers each year. ULTRA last year alone reached over 3.3 million viewers when streamed live via UMFTV. With its grand return, ULTRA announces its momentous Phase One lineup. 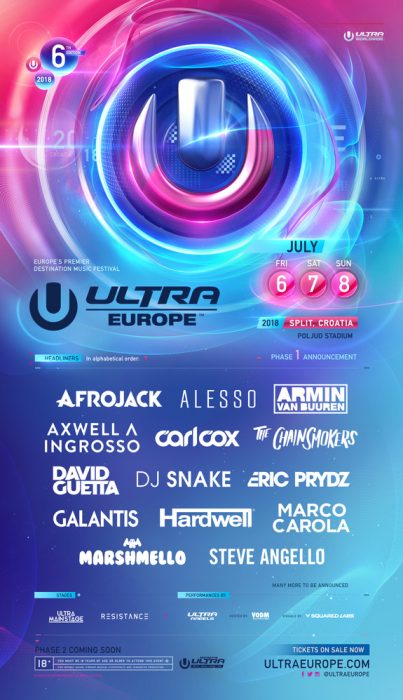 This is our third time playing ULTRA Europe and we are so blessed to be invited back as headliners this year. ULTRA Europe is a really important summer festival, playing in front of so many different people from all over the globe! The energy is unmatched and Croatia is an incredible place. We can’t wait to play alongside so many of our friends and fans. – The Chainsmokers

After the three-day festival ends, the party continues its tradition running the Destination ULTRA experience from July 5th through the 11th. From its opening party in Giraffe Palm Beach House to its tropical vibes in Zlatni Rat Beach and ‘the greatest pool party on earth’ Ultra Beach Hvar. 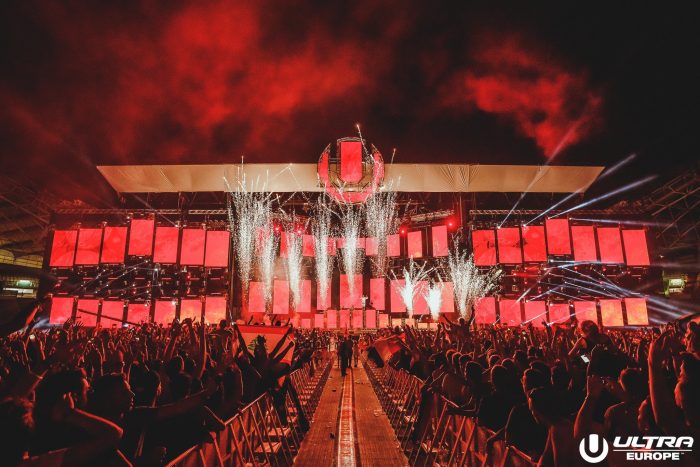 In preparation for this weeklong experience, we hype up the anticipation with a playlist. We’ve included favorite tracks like Heroes by Alesso, I like to see you by Carl Cox, recent release of Broken Summer by DJ Snake, and Stay with me by Eric Prydz.

Listen to our ULTRA Europe 2018 playlist:

Take a peek at the Official ULTRA Europe 2017 after movie: