Putting magic into words is no easy task, and telling you about the times had at Imagine only pales in comparison to the experience that was actually felt those days out in Atlanta.

As with all music festivals there’s that bit of blissful wonder, something extra, that defies explanation and rests in the memories and feelings rather than words and descriptors.

With that being said, this article is the canvas with which to paint our pictures of Imagine Music Festival, and it’s what we have – so we’re giving it our best shot.

Imagine Music Festival returned to the heart of Atlanta, Georgia for the second straight year to bring all things electronic to the fine Georgian capitol.

With acts like Dada Life, Datsik, The Glitch Mob, Morgan Page, Tipper, GRiZ, Chromeo, Crizzly, 12th Planet, Brillz, and dozens more on the bill – we knew it would be a good time.

We just didn’t realize how good.

Outside of the music, Imagine Music Festival curated an immersive experience for attendees on all multiple levels, leading to an epic time had by all. Ranging from the Artist Meet and Greet booth to The Imaginarium’s (hosted by Zen Awakening and Cirque USA) variety of sacred teachings, ceremonies, and workshops – everything was put in place to create an immaculate overall fan experience.

To give a little background of our situation at IMF 2015, we made the trek up from Miami, Florida to host the Artist Meet and Greet and 808 Audio/thatDROP giveaway booth. Our team was working the both throughout the entire weekend, so we didn’t capture every set that rightfully deserves to be on here. Therefore, this will be an abridged version of the entire festival’s happenings we can only recount the experiences that we were lucky enough to be a part of.

Entering the festival on Saturday, August 29, only one descriptor rattles up to the surface: wow.

By 1 p.m., the city of Atlanta had turned out to create one of the biggest early crowds that we’ve seen to date, and for good reason.

Hometown heroes Mantis brought the fire with their raunchy in-your-face dubstep, igniting the crowd and bringing out the groove in all of us.

The next act to grace the Oceania stage was none other than Atlanta’s beloved Leah Culver (formerly MK Ultra). Keeping the fever going with her raged-out originals and monstrous remixes, the hometown crowd showed nothing but love for the Atlanta producer throughout the entirety of her set.

From there fans could filter back to the Artist Meet and Greet booth, which opened at 4 p.m. with none other than ill.Gates coming out to kick it with fans and sign autographs. 808 Audio supplied the sound for fans, supplying our booth with SHOX Headphones, XS Bluetooth Speakers, and NRG GLO Bluetooth speakers to give away to fans.

Crowds gathered to meet their favorite artists, enter to win free 808 Audio gear, and snag some free thatDROP merch while they were at it.

The support that we felt at our booth was incredible, and we can’t thank for every person enough for coming by to make our weekend what it was.

Brillz, Morgan Page, and The Glitch Mob followed in ill.Gates’ footsteps to come out and chat with fans, take pictures, and sign autographs. It’s pretty rare that festival attendees get to chat with their favorite artists before their performances, and you’d be pretty hard-pressed to find bigger smiles anywhere else in the venue.

Morgan Page tore through his energizing set, amping up the crowd and getting them ready for the night’s headliners.

The Glitch Mob annihilated the crowd with their holy amalgamation of industrial glitch music.

Looking around the crowd, it was easy to tell that this was the moment we had all been waiting for, and fans lost their marbles under the full moon sky as The Glitch Mob took no prisoners with their epic set.

The other act that attendees could have gone to was Tipper. And, as always, the veteran DJ launched into a glitchy bass assault accompanied by none other than Android Jones on visuals.

The unreal blend of wonked-out glitch and flabbergasting visual art took the audience by the brain stem and launched them into the stratosphere with one solid yank.

But, as all things do, night one eventually found to its glorious end. That is, unless you had afterparty tickets.

Andy Bruh was the first to throw us for a loop on that fateful night, and the producer’s bass heavy style kicked the party off in Heaven, the uppermost stage in the venue. MartyParty followed and threw down with a reckless abandon, throwing all caution to the wind with his righteous purple bass sound.

As GRiZ made his appearance fans were exhausted, soaked in sweat, and ready for more – the party was about to reach its peak.

As the sax slinger does, GRiZ’s set left us to bask in our fiendish dance party with his signature electro soul accompaniment. With the end of each song we roared for more, and that’s exactly what we got.

After closing up shop for day 1 of the 2 day festival, fans headed home to catch a few much needed hours of rest in preparation for the next day’s shenanigans.

Sunday kicked off with the bane of all festivals, rain. But as quickly as our worries had come to fruition, the skies parted and the festival gods smiled upon us with clear skies once again.

As the crowd filtered in, the festival was once again overrun with a smiling group of color-clad unicorns, mermaids, dancers, movers, ravers, and groovers – not bad company in the slightest.

While fans steadied themselves to prepare for the mayhem to come, 12th Planet skated his way to the Meet and Greet to chill with fans, talk tunes, and build the hype for his 5:10 p.m. set (not that he needed it).

Following 12th Planet was the 5-piece jamtronic masterminds, Papadosio. Crowds formed and attendees came through the booth with effervescent smiles and open hearts, waiting for the chance to meet their favorite band.

Photos were taken, hugs were shared, smiles were had, and all was well in the world.

Crizzly was the next to pay his fans a visit, and the young Texan’s bassaholic supporter came out in droves to say what’s up to the skyrocketing producer.

As the evening’s performances got underway Papadosio took to the side stage for their much-anticipated set, bringing their blend of organic and electronic tastiness to the sea of hungry ears. As always, the band lit up the stage, but there was an added special surprise awaiting those who stayed for the entire set.

The Asheville, North Carolina band dropped the first single from their upcoming album, Extras In A Movie, live for the first time.

Also during Papadosio was The Crystal Method, holding it down on the main stage with their sonic concoction of all things groove. Keeping things upbeat, organic, and infinitely dance heavy – The Crystal Method fired up the crowd and got everyone ready for the next highly anticipated act on the bill: Crizzly.

In classic Crizzly style the producer dropped a nuclear set packed full of righteously dirty bass and raunchy southern hip hop. This gets to one of those points that defies description, but the audience absolutely erupted for Crizzly’s set.

The freaks were officially out in numbers, and we were ready for whatever Crizzly could throw our way. As the bass explosions continued to blast out from the stage, not a single soul was left untouched by the Crizzly’s gritty dubstep tunes.

After Crizzly wrapped up his set, it was time for the final choice of the night: Dada Life or Datsik?

Dada Life brought their electro house pandemonium to a head early in the set, urging fans to get with the program and indulge in Dada’s trademark “happy violence”. Pillows were distributed to the crowd, and on our fearless leader’s command we launched into a barrage of free wheeling silliness that can’t be put to paper. One smiles just thinking about it.

On the adjacent stage Datsik brought fans to their knees with his bone-jarring dubstep, and he launched the crowd into another echelon of rage from the first moment that he hit the stage. Firing on all cylinders, performer and machine linked up perfectly to send sine waves through our bodies, only to be returned with a fierce womp-fest that only certain shows can elicit.

As both shows reached their culmination the main stage stood ablaze under a canopy of color as fireworks ignited the night sky to shine down on the revelatory concert-goers below.

With that, the festival was over.

Overall, Imagine Festival crushed it on all levels. The stage production was absolutely nuts, and not only were the lightshows amazing at each and every stage but no expense was spared in relation to the festival’s sound systems. We went there to get rattled by some balls-to-the-wall bass music, and Imagine Festival made sure to make our dreams a reality.

Imagine’s overwhelming attention to the crowd was another high point from the weekend. Ranging from attendee workshops and activities to free water to the vendors and on-site bar – everything made us feel comfortable and right at home while out spelunking through Imagine grounds.

Going back to the music, the artists absolutely dominated their sets throughout the whole weekend. Musicians and fans alike were fired up to be at Imagine Festival, and it showed in every single set that we saw.

Everyone was there for one thing: the ultimate dance party.

Everything coalesced to form a righteous time that will be missed… until next year. Speaking of next year, there’s some news that you might want to know regarding a venue change for Imaging Festival 2016. According to festival representatives:

We hope to be able to stay at this beautiful site, however, it seems as if we may have already outgrown our first home.  In addition, portions of the site are being redeveloped precluding us from expanding the site at its current location.

We do have many breathtaking prospect sites in negotiation. Some of these prospect sites will allow us to provide camping and other new and exciting features as Imagine Festival develops.

We are extremely excited about the overall feedback and momentum of Imagine Festival. We look forward to growing at a reasonable speed in order to maintain the integrity of the brand while providing the very highest level of quality and customer care. “We love you and it shows!”

As Imagine prepares for next year, we can’t help but be excited to see what the new year brings for the young festival. With a resounding success in year 2, you can bet that we’ll be back for next year’s riotous rendition. 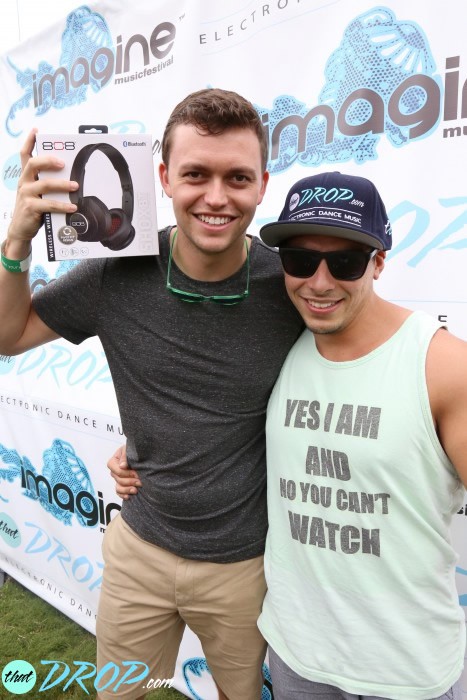 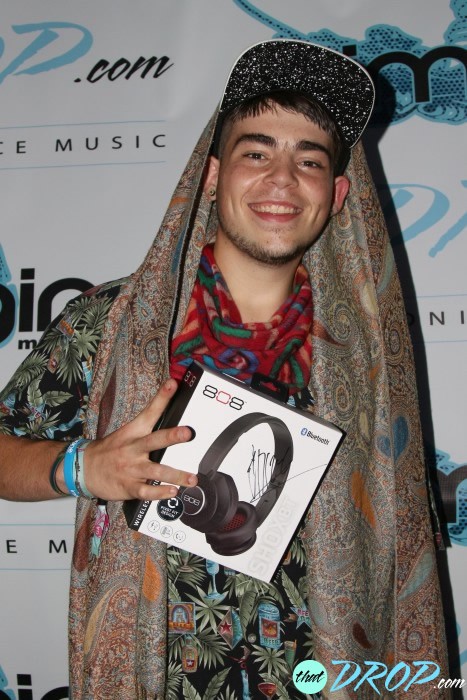 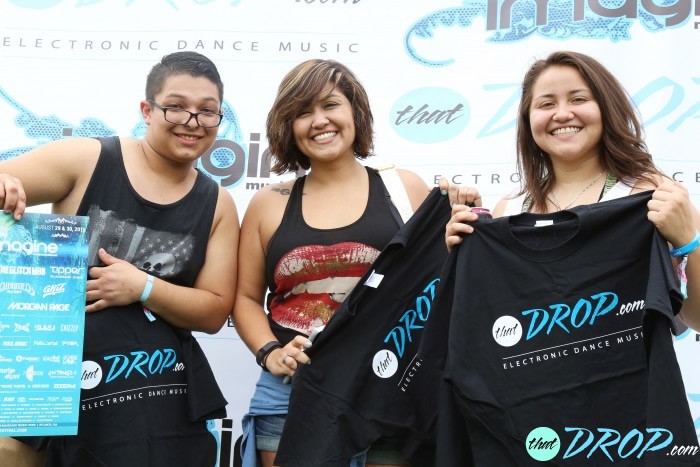 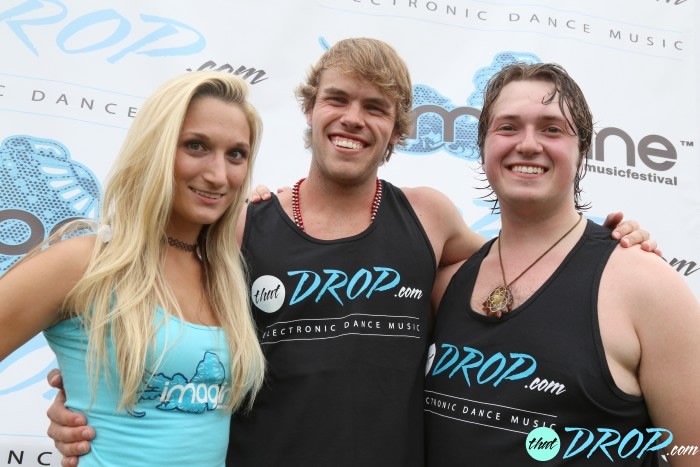 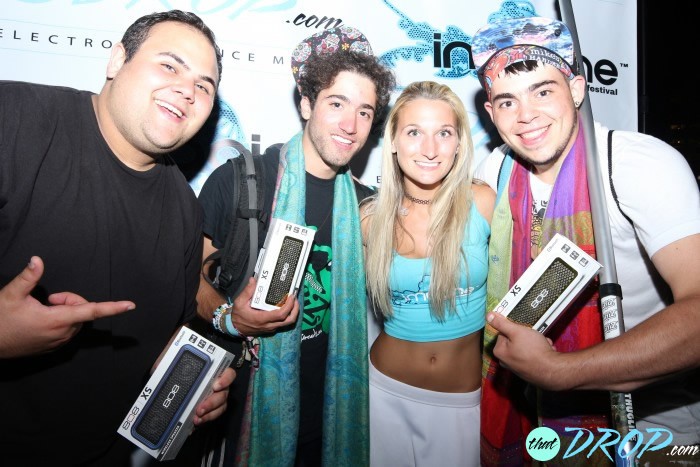 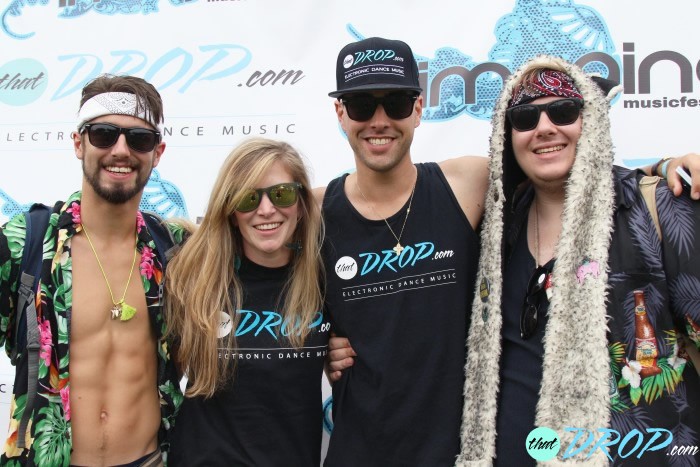 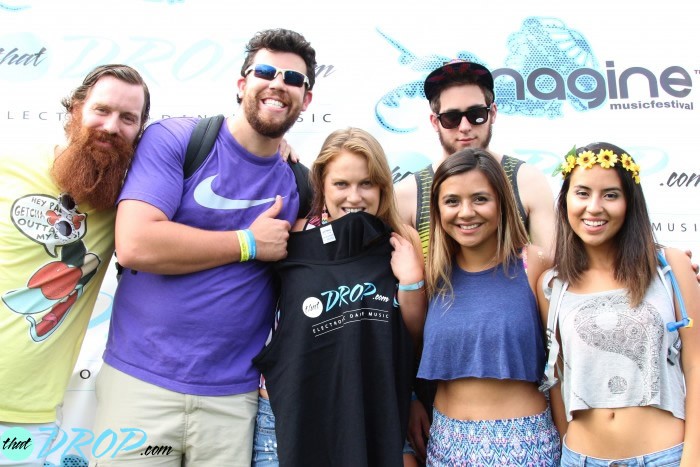 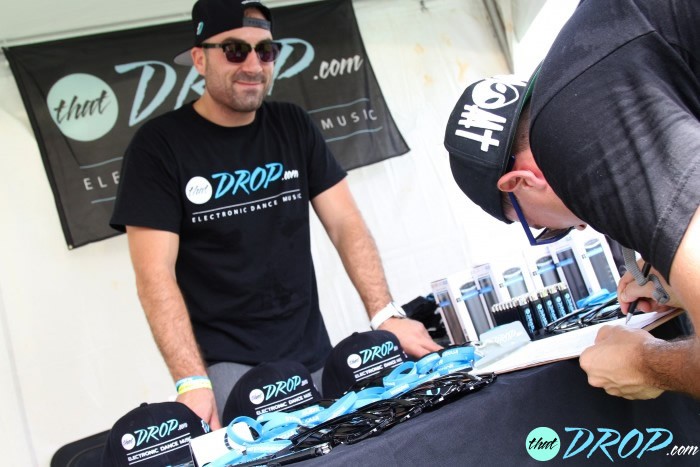