Australian electronic producer and DJ, Throttle, is having a massive 2016 following the success of his collaboration with Oliver Heldens, and his Spinnin’ Records debut, “Money Maker”.

We sat down with Throttle before his set at EDC Las Vegas to discuss the success of “Money Maker” and what else he has planned for this year.

He told us how he originally got into dance music through artists like Daft Punk and Madeon. They provided a path to combining funkier disco sounds with modern production elements.

“Money Maker” took a few days to make and the idea came about a year ago. While he was unsigned, he sent a group of songs to Spinnin’, not knowing that he and his team had something special with “Money Maker”. They decided that the track was a gem and even opened with the vocal version in their “Spinnin’ Records Festival 2016 Mix”.

The vocal edit will be released soon with an accompanying music video.

Listen to “Money Maker” below:

Other topics included his friendship with Oliver Heldens, and new changes coming to his live show.

His collaboration with Oliver Heldens, “Waiting”, has amassed over 3 million plays and set the tone for these two producers’ 2016. Their friendship began when they first started growing a following with Heldens releasing “Gecko” and Throttle releasing his remix of Avicii‘s “You Make Me”. They critiqued each others songs, gave advice, and eventually joined forces for the massive collaboration.

While Throttle gained a sizable following through his Launchpad Mashups, he states that he most likely won’t be doing them anymore. While they work online, in a live setting they take away from the interactive experience of a crowd. He plans on adding live instruments such as guitars, horns, singers, and more.

Be on the lookout for a lot of new music coming this year in addition to the vocal version and music video of “Money Maker”. 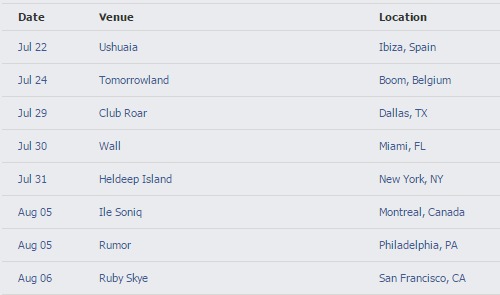