The Do Lab’s 2nd year of Woogie Weekend may have been small in size but it was still a huge success. From the moment we arrived at the Oak Canyon Park in Silverado, CA, we felt the Native-American vibes of the land and the warmth of the staff.

If you are the type who cringes at the thought of dealing with large, frustrating festival crowds, then Woogie Weekend is the fest for you.

Our Woogie Weekend Review: The experience and the music were outstanding, proving it was still a Do Lab event after all. 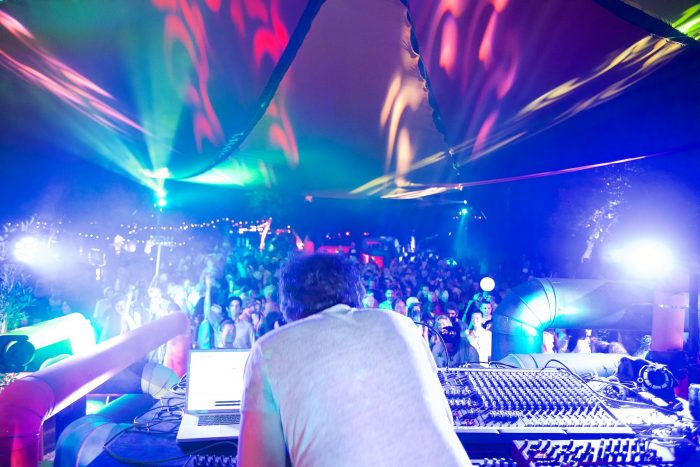 This sophomore effort is destined for great things. If you are familiar with Lightning in a Bottle, then think of Woogie Weekend as a little brother or sister who is anxious to catch up to their sibling. In fact LIB started at this very same place six years ago.

As you may know, one of the many challenges of any festival is dealing with the weather. The Woogie was quite hot during the day but that made for the perfect scenario to enjoy a few water games. They had a huge Slip & Slide and a mini-water-balloon fight that many people embraced.

Fortunately for us, there were a number of shady places to beat the heat and hang with old and new friends alike. Among those shady spots were slack lines, hammocks, and art installations that make you feel right at home in The Do Lab’s playground.

The Do Lab are at the forefront of what transformational festivals are all about – a balance of great music, silly fun and learning about yourself. 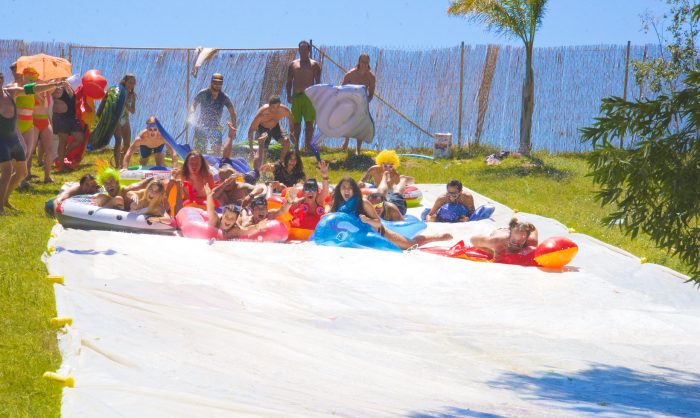 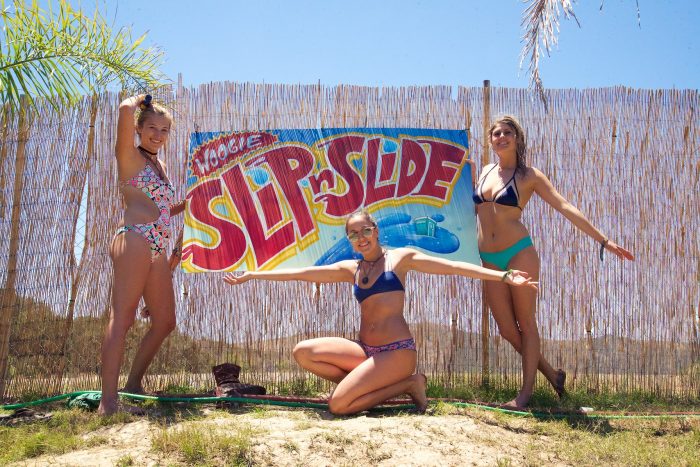 The first day was about settling in and finding your perfect camping spot. Since it was Friday, most people were coming after work so it was a slow roll to get the weekend underway. The first acts (Liquorbox, and Syd Gris) started off the day with a bang. Once the music was introduced, we were off to the races. Bumping and grinding was eminent and those two killer shows set the tone for the rest of the weekend.

There were only two main stages, but they provided totally different vibes for each.

The Hive stage was great, but the Kaleidoscope stage was one of the coolest-designed stages I have ever seen; with mind-blowing, multi-colored neon shapes that exploded in the black lights come nightfall. Blond:ish was an act that impressed me a lot as we got further into the evening. 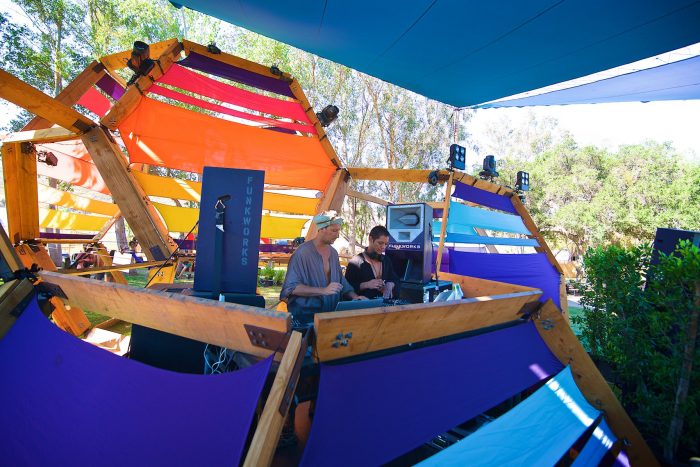 The Hive Stage with Lum on Saturday afternoon

Shawni sunset Yoga was well worth the break and put me in the perfect zone to take on the rest of the night. If you don’t do Yoga, I highly recommend that you get into it when it’s available at these festivals. Most likely you will be beating yourself up with dance and other activities that require body maintenance. You will thank yourself for it later and so will your body. 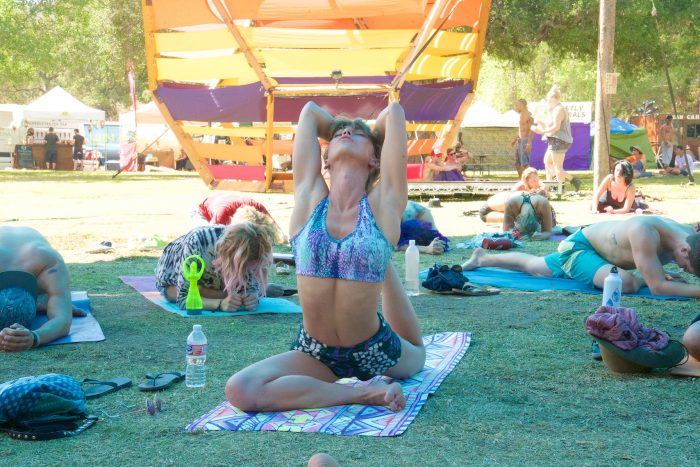 Speaking of body-maintenance, one of the best things about Oak Canyon Ranch is that they provide free water. This is no small thing — when it is as hot as it was– you need nearly three times the amount of your normal intake, so my Camelback waterpack came in very handy with all the dancing and sweating going on.

The rest of the first night was in full effect and when the sunset and the lights came up, we transformed into a whole new universe.

Our Woogie Weekend Review wouldn’t be complete without mentioning the Kaleidoscope Stage. You wouldn’t believe how cool The Kaleidoscope Stage looked behind the masterful production of Jonas Saalbach, who absolutely destroyed his live set. Visionquest, Thyladomid, and Extrawelt were highlights of the main stages and the music continued on until 6am. That was great though since the After Hours acts (provided by Subtract & Deep) were absolutely awesome.

There were so many different styles of EDM including my new favorite genre of drum and bass. We couldn’t stop dancing, even when the sun began to rise. 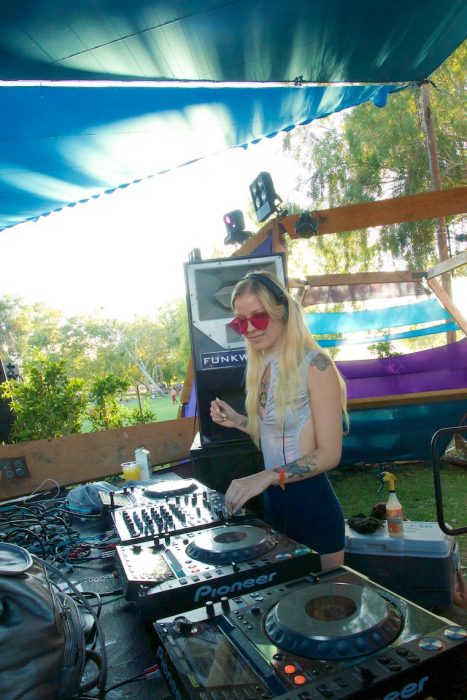 Sleep doesn’t come easy in a camping environment; we were up pretty early the next day.

Thank goodness there was more Yoga to take in. Our instructor, Kishan Shah, showed up to teach in his underwear, so it was obvious he was as active last night as the rest of us. His ‘informal’ class was the perfect way to work out all the kinks from the previous day and to charge into this gorgeous Saturday.

The music seemed to be on the chiller side during the day with FVDM, LUM, and Tâches turning out some great sets. NU, Eli & Fur, and Oona Dahl were definite highlights although the act of the night for me was Claptone. He brought the party like nobody’s business and absolutely killed it.

The Woogie Weekend is starting to come into it’s own. If you can’t make it to LIB and you miss Woogie-ing you owe it to yourself to take a weekend off and make the trip. 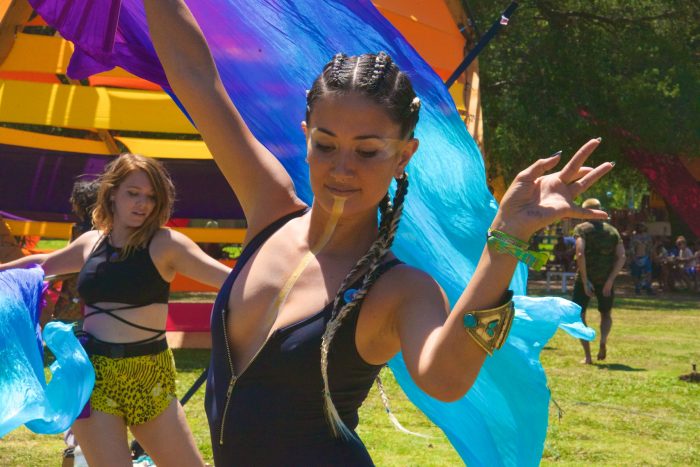 Lovely Megan dancing it up @ The Hive

Saturday was the safari/animal costume party that was a blast to see and be a part of. I donned a frog suit that was surprisingly comfortable and warm when it cooled later in the night. If you ever have a theme at a festival I would highly recommend participating.

Even if a costume feels silly at first, you will quickly lose that feeling when people react to you like you’re a rock star. 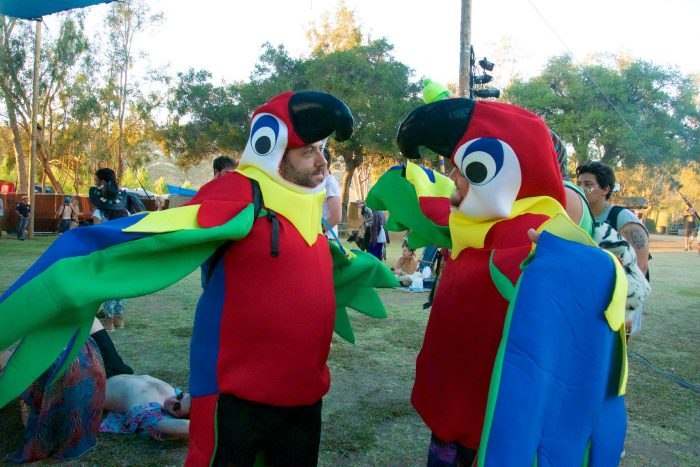 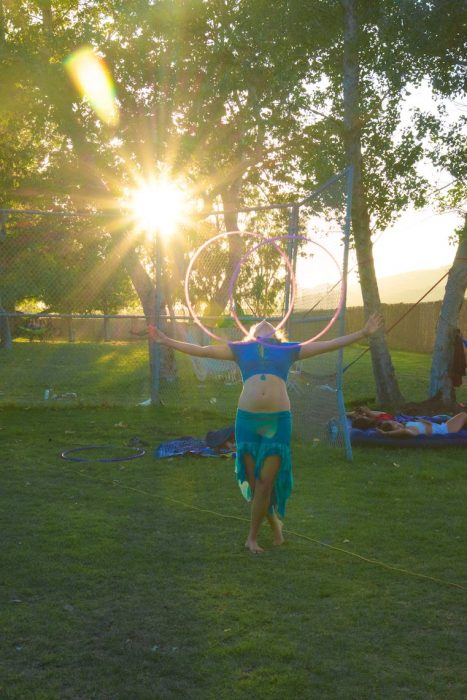 Hooping it at Saturday sunset @ Woogie

The main stages finished with Oliver Huntemann and Jon Hopkins who were both amazing. The way the Do Lab timed the sets made it easy to switch between stages which is great for people like me who have FOMO (Fear of missing out). I was able to sample every act until Saturday’s After Hours which was just incredible.

Favela Bar & Respect and Killahurtz were responsible for those acts and they were all great. My favorite of the night – maybe even the whole weekend — was Mikhael whose drum & bass beats were unstoppable. 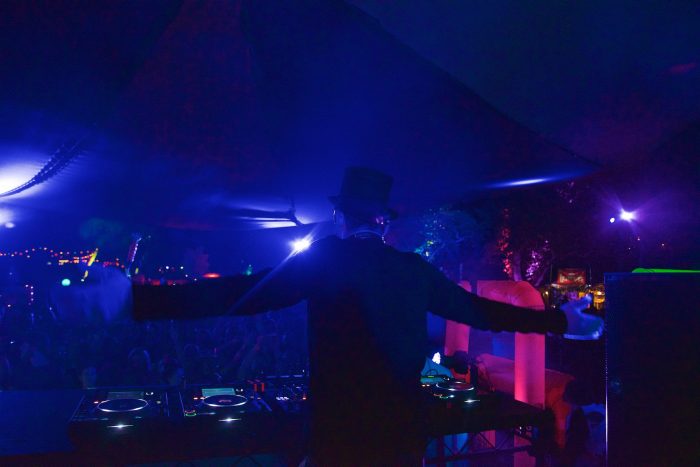 Day three was pretty hard to get moving with the lack of sleep, but Shayn Almeida was there for an awesome Yoga class that lifted the spirits and got the blood flowing. Dena Amy and Anton Tumas got the stages started off right, but Lee Reynolds was one of the most fun sets of the weekend.

He is an old school Desert Hearts guy who was probably three times the age of most of the crowd, but you would’ve never guessed it the way he was making us dance. 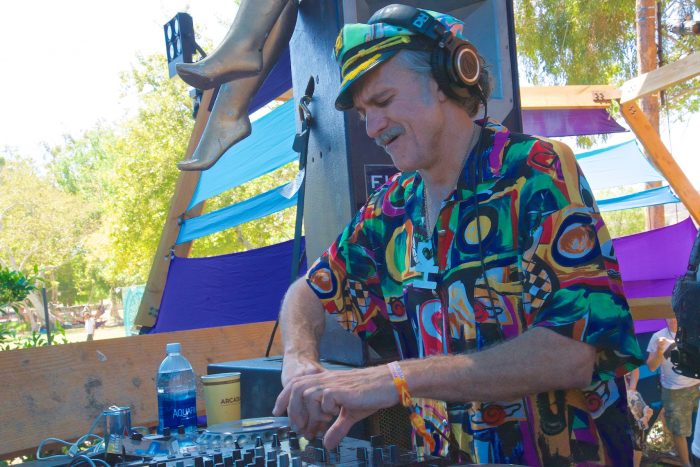 Sunday’s theme was to wear a wig; or as we called it Wiggie Woogie, and that was a fun addition, especially for the ones that lit up in the black lights at the Kaleidoscope stage. It was super-trippy. 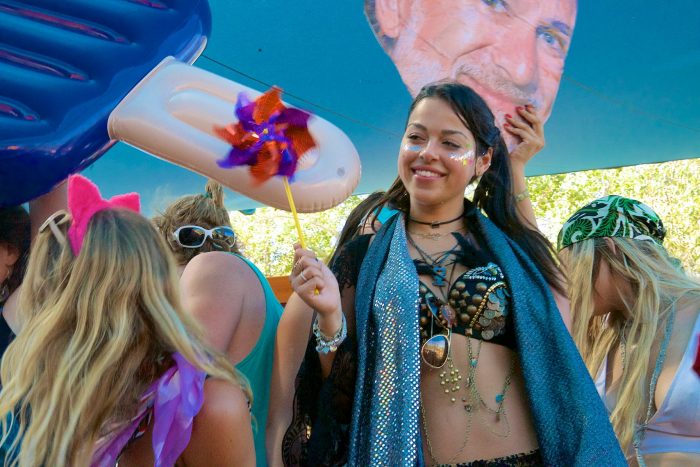 The Desert Hearts Party on top of the speakers @ The Hive

Dance Spirit and Roman Flügel both brought live sets to the table, and so did Sebastian Mullaert who was insane. We were able to catch a bit of Kidnap Kid and the Oxford act of Totally Enormous Extinct Dinosaurs and they were both so great. However, the final act on the main stage was Mathew Jonson from Berlin and his live set was unreal.

It was the perfect way to close out the whole festival and it was really special to be there for that final epic moment. We were all going crazy and midnight came way too soon. The sound ordinance prevented us from hearing the “one more song” that everyone was chanting for, but at that point it was time to call it a night and try to actually sleep a little bit. 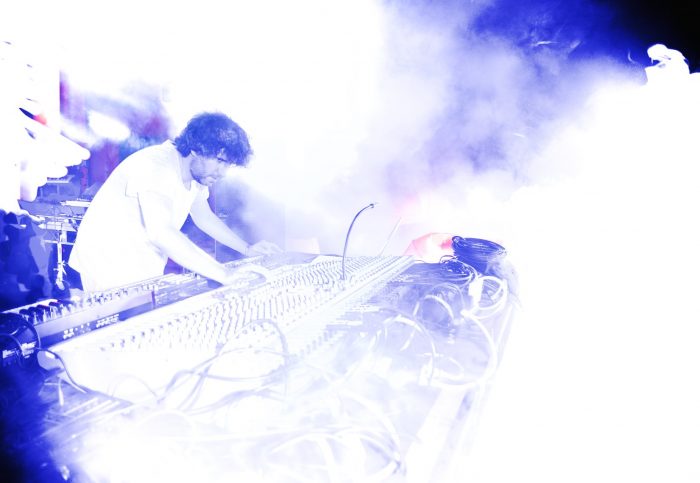 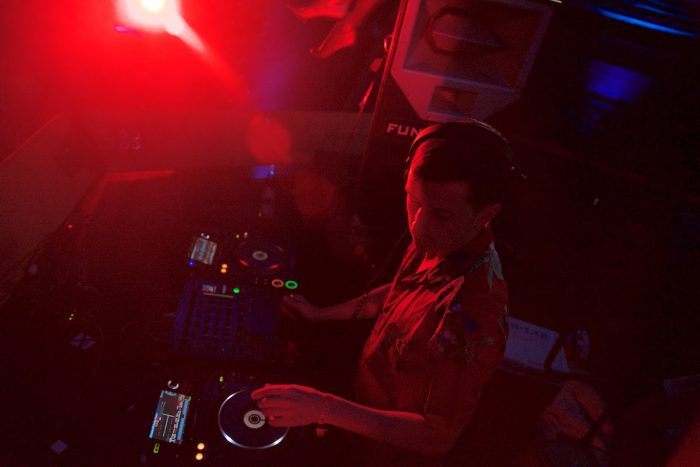 The music at Woogie was carefully curated with DJ’s and artists from all over the world.

It becomes hilarious after awhile when all you can think about is how fun this whole experience is. And then you think about how you wish everyone you’ve ever known could be there to enjoy it too. When in fact, everyone in the world should be able to enjoy a great festival — it’s the most freeing and unifying experience that one can have.

As long as one is open-minded enough to perhaps stretch their musical interests or hang with people you wouldn’t necessarily interact with, they will no doubt have a life changing experience. 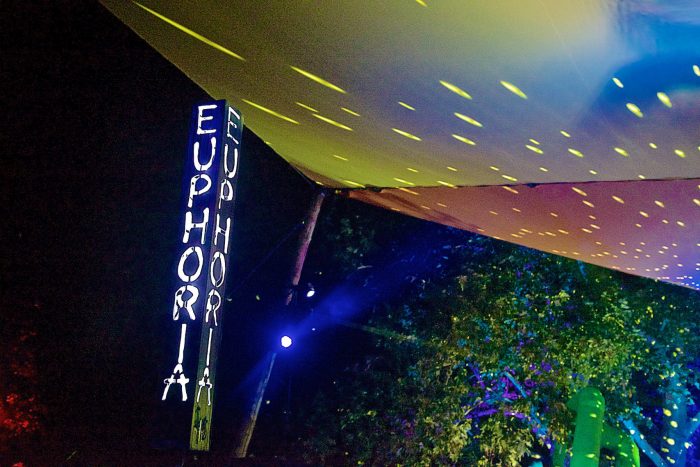 Euphoria – what you’ll be feeling at Woogie Weekend

Cheers to the Do Lab for creating this extra special event and special shout outs to Sammy Bliss, Grif, and Brooke Baron for all the hard work.

Also to Summer and Melissa from the Confluence for making it all flow so smooth for us.

It’s going to be great to see how they try to top themselves next year. So get out to Silverado, CA and get your Woogie on, I guarantee your life never be the same because you won’t ever be able to stop smiling. 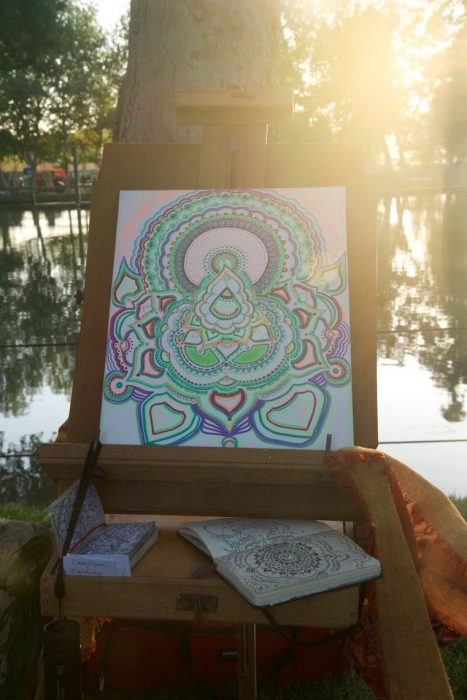 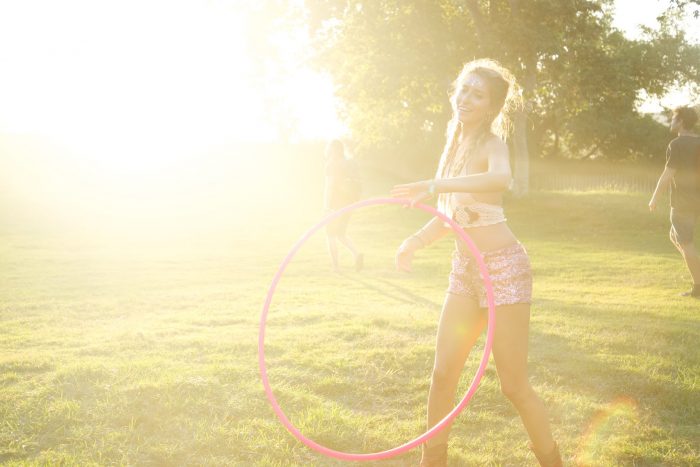 The Sun set’s on Woogie

Josh is an actor,singer,writer,producer who enjoys all forms of art and expression. He grew up in TN but moved to NYC where he worked on and off Broadway. He later moved to LA to pursue film/TV and has grown quite fond of this place. Live music is food for the soul and Josh enjoys all of it.