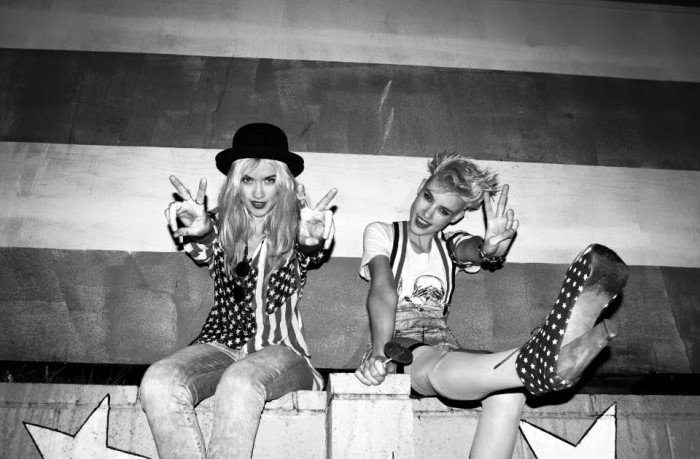 Australian DJs, songwriters, and producers Miriam and Olivia Nervo are among the top duos in today’s electronic music. Known collectively as NERVO, the sisters have made their mark on the music industry as we know it in more ways than one.

Now internationally applauded for their hard-hitting EDM and electro dance floor annihilators, things began on a much different path.

Starting their professional career as songwriters, the pair put in their talent to work, and eventually took the world by storm with their original songs and righteous productions.

Recently, we were fortunate enough to ask Mim and Liv a few questions regarding their career, their inspirations, and more  – check the highlights from our interview with NERVO below:

Can you go back to the beginning and enlighten us on the origins of NERVO?

We started as songwriters for other people. We have been writing songs since we were 14 and got our first publishing deal when we were 18.  We moved to the UK to pursue our dream of making music and we worked in the studio seven days a week.

We met with a lot of record label people and managers to try and work with their artists. We worked with a few artists including Ke$ha who went on to be a huge pop star.  Then we worked with artists like The Pussycat Dolls, Kylie Minogue and of course, David Guetta – we wrote “When Love Takes Over” for David – and that changed our life because at that time we were just getting more and more into electronic music.

We just took a course in Logic at the London School Of Sound and we were starting to produce ourselves. That’s really the beginning of where NERVO were born as artists/DJs.

What initially drew you to dance music culture? 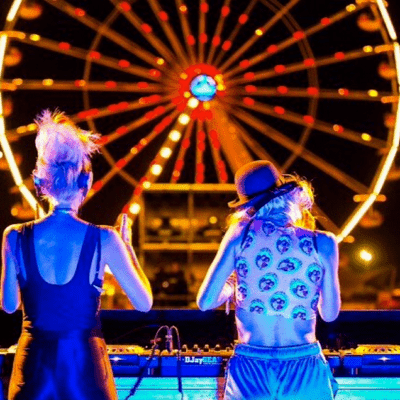 We loved house music and went to Ibiza to party as fans.

Then when we were living in London we went to The Cross and partied there on weekends.

Luckily after “When Love Takes Over” for David Guetta went number one it looked like dance music was going to cross over into the more mainstream pop world.

At that stage, we were DJing ourselves and started releasing records as NERVO. As the scene grew, so did our fan base and we haven’t looked back.

Can you explain the influence writing songs has on your creative process?

It has had a massive influence. Lyrics and melody means a lot to us. Every song on the album is inspired by real life. Heartbreak, falling in love again, that kind of thing.

Who are some artists you drawn inspiration from and look up to?

We are drawn to the producer type of artists like Timbaland, Missy Elliot, Mark Ronson and Calvin Harris. They didn’t fit into a box and we just loved the openness of their artistry. We love so much from Lauryn Hill to Eminem. There are so many talented people out there.

Hard to say what our favorite is because all have been great in their own way. Working with Ke$ha was great because we were all dreamers and broke nobody’s. We were all happy when her project exploded in front of us. Obviously, working with Guetta shaped us because he’s supported us. We went from DJing in our bedroom to opening for him in Pacha Ibiza.

Our favorite performance was Tomorrowland Brazil. It was the first one in South America and the crowd was insane. We had a great slot on the main stage and played a lot of our new songs and got a great response. We’re still on a high from it.

Can you talk about playing in Vegas at Foxtail SLS?

We love playing Vegas. The pool parties have such a great energy. The people go hard in Vegas and it feels like a party every day of the week.Foxtail is probably the sexiest daytime venue in Vegas. It’s brand new and they have gorgeous pool cabanas. We’ve played two gigs there and look forward to the rest of them.

Who is your favorite artist and who is on top of your listening list?

Mim’s really into the BANKS album. Major Lazer, Jack Ü and Galantis is doing a great job in the electronic space.

What does the future hold for NERVO?

The immediate future is that we are touring like crazy; it’s the summer schedule. We’re bouncing around Europe and and we’re living in Ibiza then jumping across to Vegas for our residency there.

After the summer we are going to knuckle down and do a lot of studio time. Because our summer schedule is so crazy, we like to do a lot of music making from September-April.

Don’t forget to catch NERVO at FOXTAIL POOL in Las Vegas on September 7 and September 20, 2015.

Click here for more interviews from your favorite artists around the EDM world.