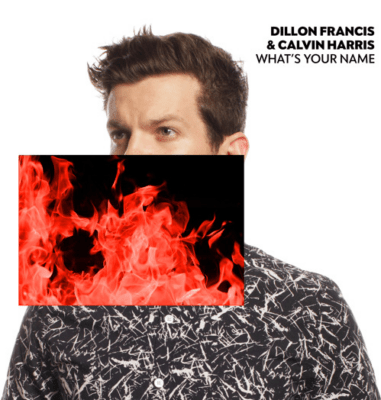 In an unlikely combo, Dillon Francis and Calvin Harris dropped a collaboration on Francis’ August 13 release, This Mixtape is Fire.

A 6-track release, This Mixtape is Fire. features collaborations with Calvin Harris, Skrillex, Kygo, and Bro Safari. That’s not bad company to be in.

Beginning with atmospheric chords, “What’s Your Name” quickly builds in energy and fervor as it makes its way to the track’s first peak.

Quickly falling into a steadfast moombahton groove, high energy synths flow over a syncopated beat to create an off-kilter flow that spurs the bones to move.

In all honesty, “What’s Your Name” only hints at Calvin Harris’ involvement. The opening chords bring back steady reminiscences of the EDM producer’s work, but “What’s Your Name” sounds like a pure Dillon Francis track in more ways than one.

Listen to Dillon Francis and Calvin Harris’, “What’s Your Name”, below.