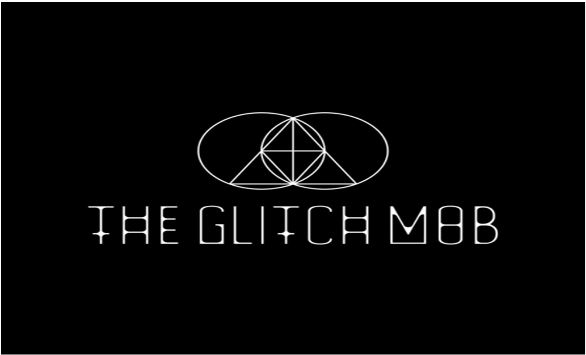 The group of musicians known as The Glitch Mob are based out of Los Angeles, CA. Josh “Ooah”, Justin “Boreta”, and Ed “edIT” came together on the West Coast in 2006 (with past member Kraddy) and are currently on tour promoting their latest album, “See Without Eyes”.

Their international expansion from the West was inevitable and we were able to catch their inspiring show at Electric Forest this year.

Electric Forest is an annual festival which is held in Rothbury, Michigan during the last 2 weekends of June. The atmosphere there is nothing short of stunning and magical. FOUR full festival days each weekend has Michigan on the map as the #1 Hot Spot to be this time of year. To check out what our Forest experience was like, head HERE. 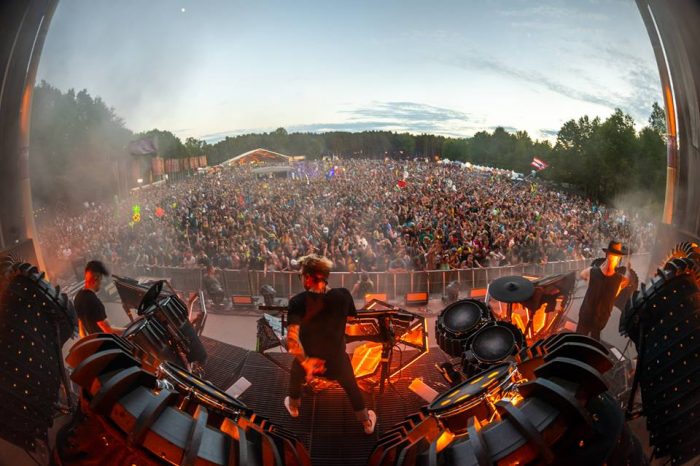 At the Sherwood Court stage, the environment was mellow and spacious, set in a grass field surrounded by towering trees which illuminated with glowing lights as the sun set in the forest. It was here where The Glitch Mob sent out their good vibes to all attendees that were lucky enough to catch this scintillating set. 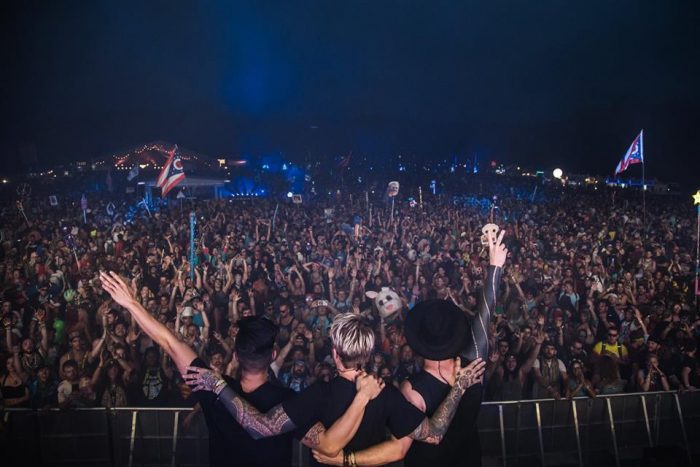 We have the inside scoop of what The Glitch Mob says about playing on tour, how they make decisions about their craft as a group, what they listen to when they aren’t performing to the masses, their new album and newly innovative music production rig.

As you read on, listen to a carefully curated playlist of the talented group; here you will find tunes from The Glitch Mob’s latest album, “See Without Eyes”, as well as some of their infamous remixes including my personal favorite, The White Stripes – Seven Nation Army. You will also find the The Glitch Mob’s new album along with an exciting documentary at the end of our interview.

When playing a show, is there ever a moment where the track list changes based on the vibe of the crowd?

We play more like a traditional band where the set list doesn’t change depending on the vibe. We ride the energy of the room more in our performance than selection.

Do you favor playing your own shows or do you like playing for a festival crowd?

They’re both powerful in their own ways.

What is your favorite festival to play based on the vibes of the crowd?

Each festival has its own special magic. We love the ones with a strong nature presence.

What do you listen to when you are not creating or playing your own music?

Do each of you like to listen to the same tunes while on tour or do you each have headphones handy to listen to music privately?

We do both. There’s a pre-show ritual of listening to something before going on stage like Collie Buddz “Blind to You” to get the vibe going. We also spend a lot of time in headphones meditating and having alone time.

How long did it take to create “The Blade”?

Watch this new inspiring documentary, The Glitch Mob: Behind the Blade and catch a sneak peek into one of the most technical live performance rigs that you’ll ever see. 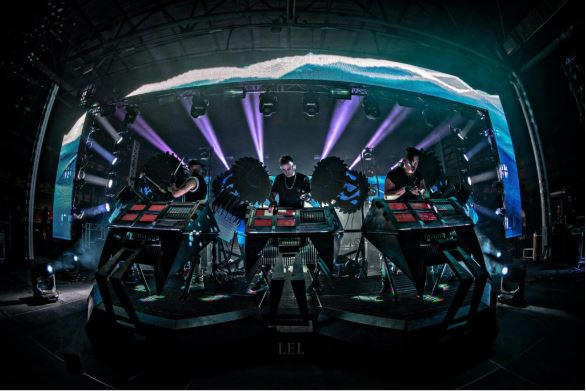 Do you think that this creation is something that will catch on when it comes to other individuals or groups playing for a crowd?

We hope that people are inspired to play music in new and interesting ways.

How do you know when a song is truly finished?

They never really are. You just have to know when to call it and move on, to surrender to the process.

What is the deciding factor for songs making it on to a new album?

It’s all about the feeling. We go off of emotion, vibe, and story. We ask, “does the song help tell the story?” And then go off of intuition.

To add the proverbial cherry on top, feast your ears on The Glitch Mob’s recently released album, “See Without Eyes”.

Keep up with The Glitch Mob’s next moves by following them on their social media handles linked below.

Born and raised in So Cal. Fun loving go-getter who loves to travel, experience nature and all its delights, listen to music and dance under the stars. As a Healthcare Advocate for the Geriatric population my purpose is to fulfill the needs of my community. Work hard, play harder!!!!