Vancouver based record label Westwood Recordings drops a 25-track compilation album to celebrate their 100th release. The innovative bass music company is known for introducing an assorted roster of global talent. Westwood dabbles in but is certainly not restricted to glitch hop, funk, drum & bass, breaks, and others. Their latest record showcases their diverse music style and includes some of their all-star producers. The 100th release features The Funk Hunters, Stickybuds, K+Lab, Opiuo, Krafty Kuts and more.

We had a chance to chat with Tyler Martens AKA Stickybuds who was featured on the record. Highly praised for his energy inducing sets, Stickybuds is known to light up the dance floor wherever he goes. The Calgary resident flawlessly weaves various music styles throughout his mixes, original tracks, and remixes. His versatile approach sets him a part from the rest. He has rocked stages across North America, Europe, and beyond. He’s played at Burning Man, Envision, Breakfest, and over 14 years at Shambhala.

With his recent debut LP, Take A Stand, Stickybuds not only intends to make you move, but also to think. The album touches on topics of corruption, lobbyists, injustice, and planetary issues. He sends an awakening message to the world that is laid over infectious funky beats.  Stickybuds paves his way to be a leader in west coast bass music that will always deliver a groove. 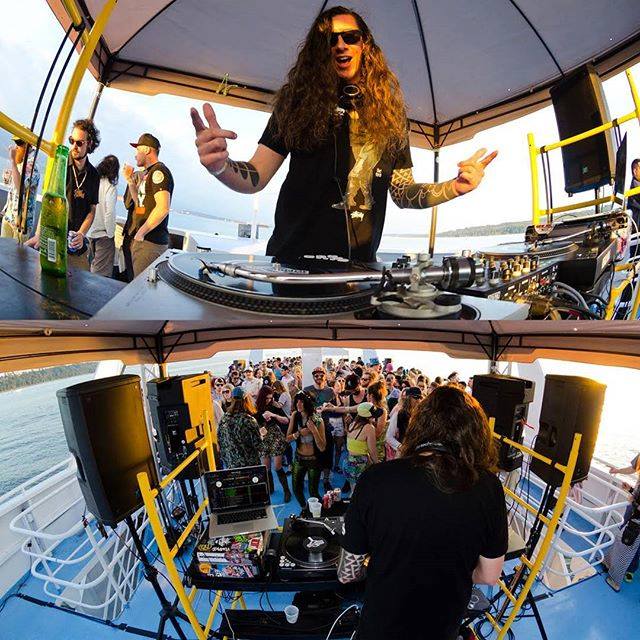 Your music style ranges between funk, breakbeat, reggae, drum & bass, glitch hop, and soul. What genre influenced you to begin creating your own music?

The first tunes I started writing back in 2008 were party break tracks with lots of samples from the golden age of funk. Guys like A.Skillz, Featurecast and Fort Knox Five were huge influences at that time for the tunes I was writing.

How did you learn how to cohesively blend all of these styles into one?

It was just a gradual progression over the years of taking production and musical skills to blend genres together in my sets. It’s heavily routed in music theory, and once you have a grasp of staying in key signatures and utilizing acapellas and stems you can do a lot with genre bending and creativity.

You released your conscious and politically awakening album, Take a Stand on July 20, 2018. Do you think recording your album in several locations worldwide impacted the music differently as opposed to recording it in one country?

For sure, one of the greatest things about traveling and meeting these different artists, and traveling in general is that you get a much wider knowledge of world affairs and points of view to tap into. For the most part though every country is dealing with similar struggles, all mostly relating back to the corruption of our governments and economic systems.

I wanted to make an album that encompassed the messages that I was passionate about, and would hopefully live on past me being on this planet. That’s the great thing about music, once it’s out, it’s always there, somewhere forever.

What is your favorite track from the album and why?

“Crooked Politicians” is my favorite track. I wrote the vocals and sang a demo of it, had Richard sing it properly for the record, and just in general I felt the most strongly about it. However looking back at the record in it’s entirety now my actual favorite song to listen to is “Heavy Load”. I felt the production and all the session musicians and the singing just all came together really nicely on that one. David Rodigan actually just played it on his BBC Radio 1 Extra reggae show, which is a massive honor.

Who are some influential political leaders that you are currently following?

Julian Assange for sure and everyone at Wikileaks. Julian’s done more for truth journalism than most and has had his life completely ruined for shedding light on all the corruption going on. I feel for him and his family, and I hope we can help get him free.

Sadly there aren’t many politicians around right now that I see that are genuine. I still follow Ron Paul as he consistently speaks truth and calls out the corruption, never ending wars, rigged economy, etc. Usually politicians put on a good show but when it comes to actually changing anything, it’s just the same old playbook. The last politician in America that tried to change things for the better had his brains blown out for the world to see.

Who are some positive conscious music artists that have inspired you?

Thievery Corporation has been a huge influence to me. It’s an amazing project of so many great musicians, and so many amazing songs over the years. They have always carried a banner of justice and revolt against the systems in place. Never shying away from the harder truths.

How did you feel when your track with K+Lab, “Clap Yo Hands” was going to be featured in the trailer of Spiderman: Homecoming?

It felt great to get an email out of nowhere from Sony wanting to use our song for one of the biggest franchises of our time. The money I got from that I used to make this album, and pay all my artists and singers best I could.

You’ve played at some of the biggest festivals across the world like: Glastonbury, Burning Man, Envision, Electric Forest, and Boomtown! What is one of your favorite moments while playing/attending any of these festivals?

There are so many amazing memories and experiences that I am super grateful for, I have a hard time picking out favorites honestly. It’s been such an amazing ride so far experiencing so many amazing places around the world.

You’ve played at Shambhala for 14 years and even contributed to the Fractal Forest stage by repainting the large Chewbacca head. It is obvious this festival means something to you. Is there anything you’d like to share about Shambhala with new and returning attendees?

Shamb is my home, and from volunteering there in the early days many of us helped build things that are still there to this day. Then in turn the festival helped us build our careers and gave us an outlet to shine and do what we love. I’m eternally grateful to Rich who runs the Fractal Forest for the opportunity to play every year. There is nothing I prioritize more and work harder on than my Shambhala set. 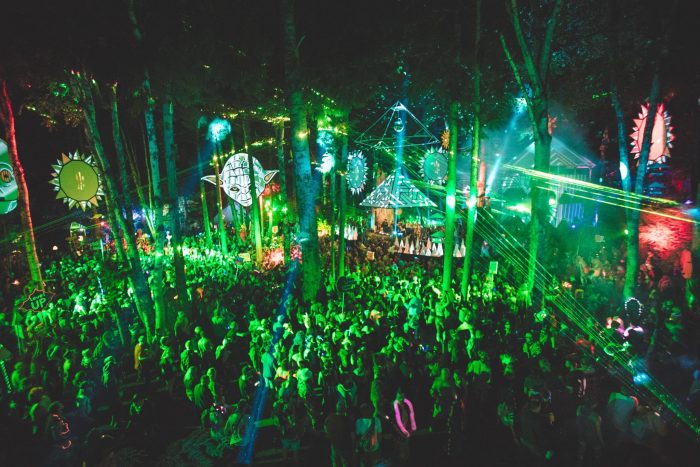 If you could collaborate with anyone in the world (dead or alive) who would it be and why?

That’s such a hard question. I think I’ll skip the obvious choices like Bob Marley or Freddie Mercury and go with Bill Hicks. He was an amazing comedian and truth teller, and I’d want to make a trip hop truth comedy album with him to help break through to people.

Thanks for the interview, and thanks to the people who listen to my music. Stoked to make more and grow.