Speaker Side Chat with Kid Francescoli

If you haven’t hopped on the Tik Tok train yet, we are rightfully so concerned for your wellbeing. We’re kidding you are thriving, even amidst a pandemic! But in all seriousness—what have you been doing? Tik Tok has become a golden ticket for aspiring musicians and, in this case, uplifts oldies turning them into a viral star with millions, and we mean millions of Spotify plays overnight.

We had the opportunity to virtually sit down with the man behind the famous #AndItWentLike song, Kid Francescoli. This song didn’t just come out, just a repurposed electro-pop song formally titled, ‘Moon‘ which debuted in 2017. Thanks to the elevating platform, ‘Moon‘ has surpassed 28 million plays on Spotify alone. 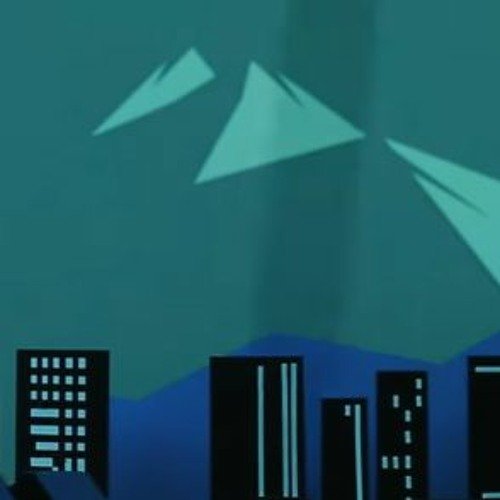 This is so weird because I would prefer to sit down with you in person, but you know… this whole pandemic thing. But I am thrilled to virtually talk with you! Can you talk to us about how you started in music?

There wasn’t any formal formation. I never learned music in school. I still don’t know how to read music, but in the beginning, it was more of a fantasy. It was similar to a dream that you would have as a kid. I was excited about the idea of making music, recording it, touring, interviews and choosing album covers. I started by listening to a lot of Rock music. The first band I was a fan of was Queen. They built my passion for music.

That is so funny that you say that because I am also the biggest fan of Queen. My dad and I saw them live with Adam Lambert last year—it was great. Bohemian Rhapsody is also a go-to song for me to play on the piano.

Have you seen the Bohemian Rhapsody movie? Did you like it?

Yea, I’ve seen it a lot—maybe nine times. I liked it. I wish it touched more on life after Freddie. It was very oriented around his and Mary’s love story, but I guess that’s what makes for a good movie—a good love story.

The Live Aid show made me cry for 20 minutes. The actual show, in real-time, gets to me. That show, the Live Aid performance, really caught my interest in music. I first fell in love with English music then got into Britt-pop. Later on, I found my place in groovier music. Now with my style and with the band, we play electro-pop music, so I’ve also recently discovered the liveliness of when we perform that genre of music live. Before, when I was just a D.J., people would be all about their drink. Now, I see people swaying and dancing.

You have created your own style of music, which I think is great. A lot of people tend to produce cookie-cutter songs. I want to talk about Tik Tok. Your song ‘Moon’ has reached new levels because of this app. Are you familiar with Tik Tok?

I am. I have to be because of the song. I don’t use it, but I’ve seen what it’s about. I found social media before it blew up because I knew that the media would be important in terms of networking. I created an account, but I don’t use it. I’ve made one video to ‘Moon’, but that’s because they asked me to. It was me in the studio and it said, ‘And it went like’ then it switched to be performing it live. I’ve tried making a more Tik Tok-y one, but I don’t know.

I would say your version of the #AndItWentLike is very complementing of Tik Tok. So you’ve amassed millions of new fans overnight—you’re a huge star now. Has your family supported you throughout this journey?

It’s interesting because they weren’t. I lost my dad, but he was a musician. Well, he tried to, but he failed. He couldn’t make a living out of it. My mom always had this impression that musicians are failures, not successful, and ruin families. She wanted me to get a stable job with security and money. She did not want me to become a musician, so she didn’t support me then. Now she does, but back then, she didn’t.

Well, moms want to see their kids happy but successful. They don’t want to see their kids struggle, so I understand that. It’s a hard industry, but I respect how candid you just got with that answer. A lot of artists like to portray themselves as strong, successful, and growing from immense support, but it’s not always like that. Sometimes parents aren’t always supportive, and that’s just the reality of it.

Yea, my mom thought this was going to be a phase, but I was sure. In my head, I knew, ever since I saw Queen, that not being a musician wasn’t an option. After university, I was freelancing as a sound engineer for TV. They asked if I wanted to work full-time, and at the point, I wasn’t making a living off of music. Even then, I decided to turn down that job even though it was a stable career, I knew I had to do music. There was no doubt that I was going to be a musician. 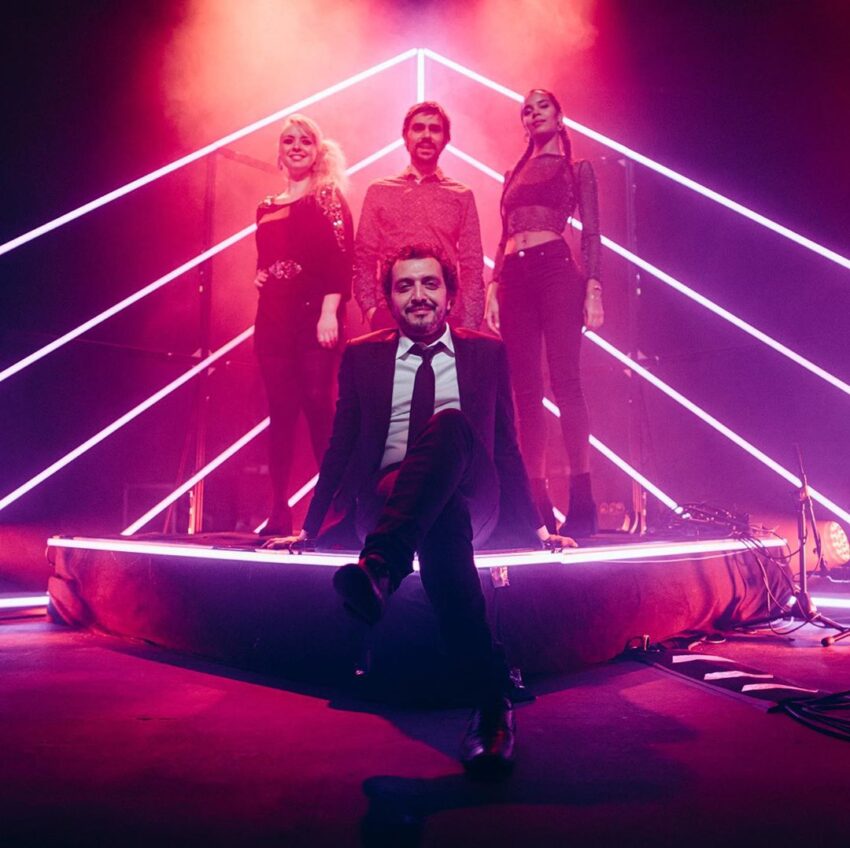 I have to ask… how did your mom react when you told her you said no to the job offer?

She was so mad at me. She thought I was making a big mistake, but the music was my dream. I was going to make it.

Music is your world… how has it been during COVID?

There’s always room to learn more about yourself, that’s for sure. For me, I feel like I have a lot of hidden passions waiting to be explored. I told myself that during quarantine, I would learn how to play golf and learn how to play poker… I didn’t do either haha. So good for you for actually leaving the studio and exploring yourself more. I’m curious because I feel like you’re very detail-oriented. Do you remember your first show?

Oh yes. I remember the venue and everything. I was an opener for a band, and it wasn’t a big audience. I would say most of the people who went came for me, but because they were my friends and they wanted to support me. It was a crazy night. All of my friends were screaming my name.

I love that. I’m sure it felt great seeing all of your friends there to support you. Do you remember you first headlining show?

Yes! I remember walking around and seeing a poster of me—they always had posters of the headliners up. There was a poster of me, and that was the moment when I thought to myself… I made it.

You should have kept that poster!

I should have. I think I took a picture with it and that’s somewhere. This makes me sad because there’s nothing that makes me happier than shows. I’m devastated, but I try not to show it. This time last year, I was excited to be on tour in Europe, but this year we were supposed to play in the same cities but bigger venues, sold-out shows. I have two life goals. I want to play at Zero MPR in France, and I want to tour the U.S. I was supposed to tour the U.S. this year, and now we don’t know when we can pick it up. It’s hard. The U.S. was supposed to begin in February.

I know it’s hard, but I’m trying to be optimistic. Hopefully, we can implement PPE safety measures.

Yes, but I want things to be normal. I want to see people dancing, not in their cars. It’s not the same. It’s going to be a while before that, though.

I understand that. I was the head of Public Relations for the first drive-in festival in North America, and honestly, it just wasn’t the same. I want to thank you for chatting with me. I want you to promise me something, though. Once the storms clear and you tour the U.S., you have to bring me on board to either your L.A. or NYC show. I want to be one of your friends screaming your name and supporting you. I want to help create that feeling of elation, like at your first opening show, because I know how big of a milestone this will be for you.

Yes, yes. Like my friends from my first show. Of course! We will get you out there. It will be fun. Thank you to all of my fans, and I hope to see you all soon.

Click HERE for our version of #AndItWentLike featuring Kid Francescoli!

Tech house producer, Redux Saints serves up another essential single for 2020 with the release of ‘That’s Right’ on…

Boston’s Wubson is as authentic as them come, with a friendly persona and aura that shines. Holding spots at…