The supremely talented, genre-switching producer and DJ ReauBeau has recently dropped an amazing EP for Wolfgang Records, so naturally we wanted to hear more about it, and what else he has brewing.

Tell us a little about yourself and where your name originates.

Hey guys! I’m ReauBeau, a 30 year old producer/DJ. I’ve been making music for the past 11 years and have done dubstep/drum & bass /hip hop/glitch hop on multiple projects and started this one around 6 months ago. My dubstep/DnB project is named “ Robokop “ and some guys started called me ReauBeau on an event page on Facebook, so I thought, “I’m going to use that name for my new project.”

You just teamed up with Bo Boom, André and Leah to bring us this future bass / hip-hop infusion. Was this all you or did the others bring a lot of influence to the track?

For “My World” I got the pre-recorded vocals from Bo and could do anything with them. So I tried to create this summer funky vibe around it – I think it worked out pretty well! I made the “Paradise” instrumental first and sent it to Leah so she could write some lyrics around it. She had some beautiful lyrics and recorded that in just one day!

How long did the collection take from start to finish?

Well I already knew which tunes to combine for the EP. After talks with Chris and Zac (label owners), it was all pretty simple to choose the right tracks for it. I’m not sure how many hours it took to make the tracks, but I think 60 hours a track would be pretty accurate.

Where else did you pull your influences from for the track? Are there any artists that you really resonate with at the moment?

Well I have a lot of respect for Louis Futon, Flume and Mr Carmack. But I listen to a lot of genres. When I put on my Spotify list, it goes from classical music to funk to hardcore punk. I think every genre has its diamonds.

Do you have much lined up for the summer? What are your plans for music this year?

Well since I just started ReauBeau 6 months ago and this is my first EP to come out. I also have a free EP coming out in a month or so. and have had meetings with a publishing company, so the future looks very exciting!

Finally, what have been your musical career highlights so far?

I think playing in the US for the first time was an amazing achievement. Also playing at 50 Hurtz after Excision a couple years back was amazing! 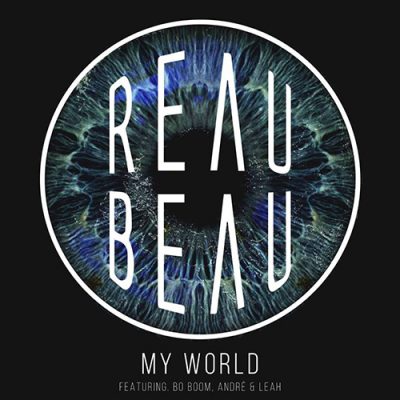