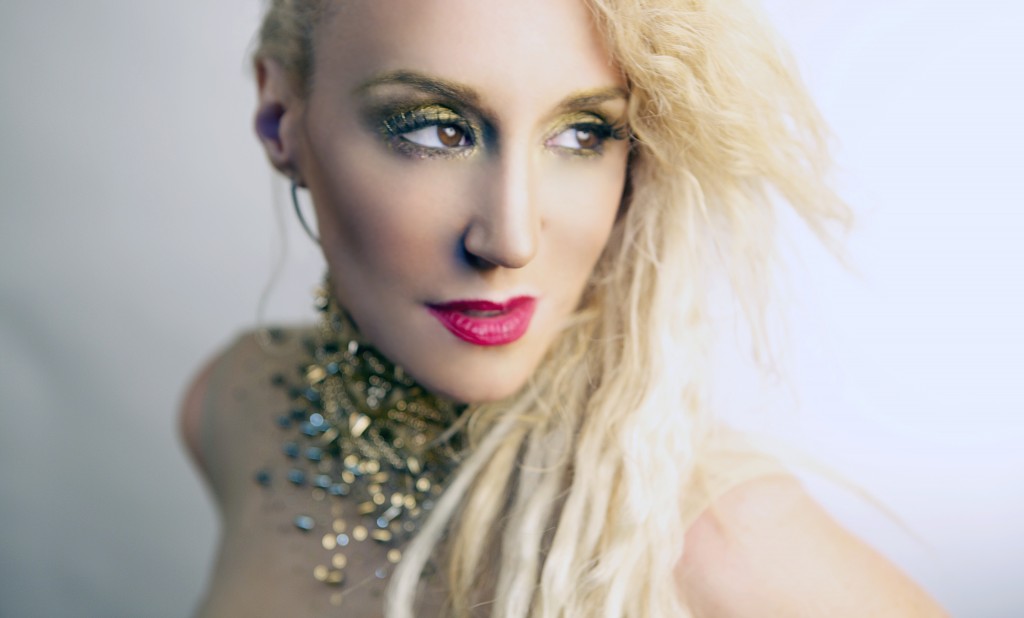 Jes Brieden, professional known as JES, is one electronic dance music‘s premiere vocalists and a diverse talent, having established herself as a prolific singer, songwriter, DJ, and producer.

JES’ extraordinary voice, passionate songwriting and legendary collaborations have cemented her as one of the most recognized names in dance music, with recent features in MTV Buzzworthy, Jungle Magazine, Cliché Magazine, Marie Claire and a place in Vibe Magazine’s “Top 10 Females in EDM 2013”.

Having just released her latest album “Unleash The Beat – Blonde,” JES is primed to keep gaining momentum in 2014.

We recently had the chance to shoot JES some questions and discuss her influences, experience working with Tiesto, and brand new album.

TD: After countless hours in the studio, your album is set to drop July 14. What about the release are you looking forward to the most?

JES: Every release is always it’s own particular vibe and I’m always surprised after I complete one and look back on how clearly it represents a moment in time.  It’s like looking back through a photo album.  I’m really excited that my “Unleash The Beat” brand is growing with every release.

It started as an idea a couple of years ago to start a monthly mix show (www.unleashthebeat.com) and has grown into having a life of it’s own.  “Unleash The Beat Blonde” will be my 2nd mix compilation of the year, and I’m really thrilled to be able to take my favorite tracks from the weekly show and create a special mix for the fans.  It’s wonderful to be able to include some of my own recent releases.

My latest single “Runaway” has enjoyed some nice support recently, while the new mixes of “Like A Waterfall” with Solarstone have been a great spin on a trance classic.  Being able to include something old and something new has been the perfect way to book end that period, not to mention all the great new tracks I was lucky to include and support in this mix.

TD: How did your formal education in art influence your path to creating music? 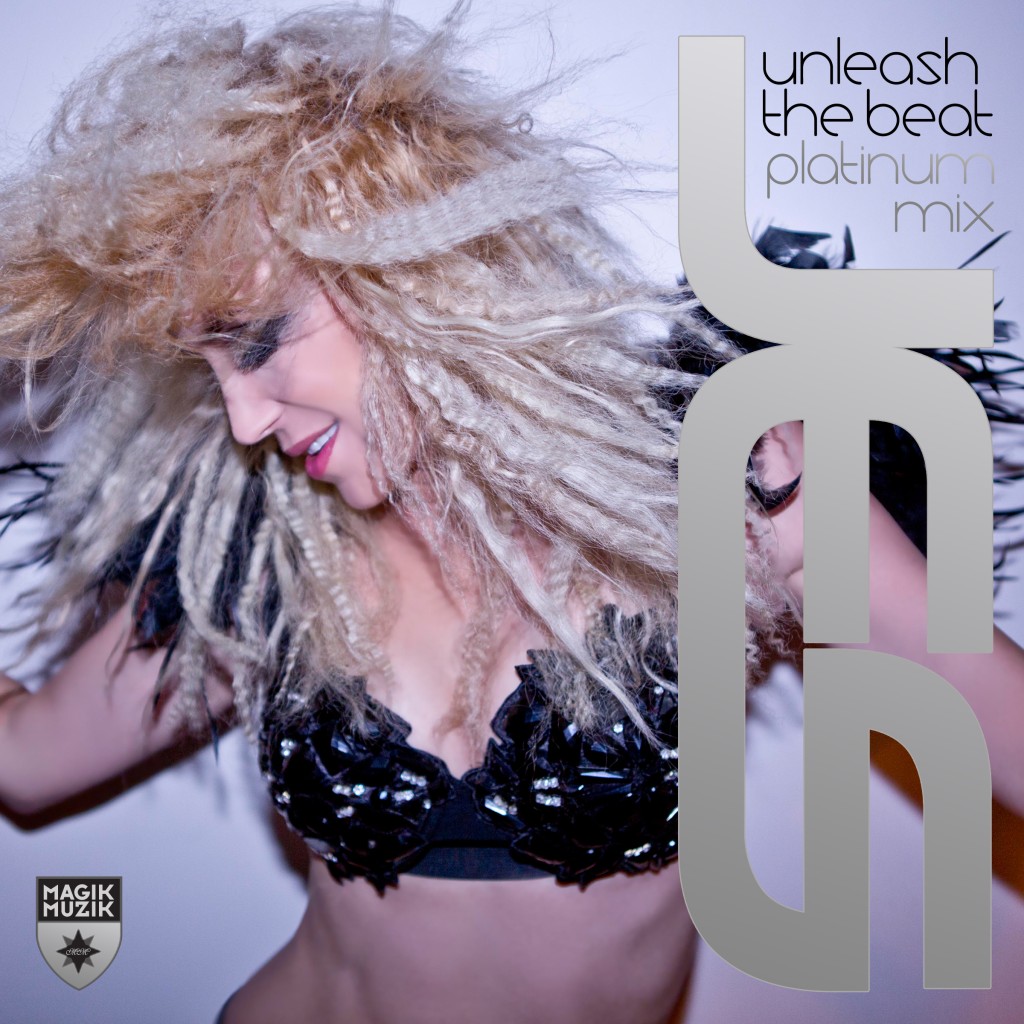 JES: I think that my early childhood is probably more responsible for my career that my education.  My mother was an actress and a singer, so from a very early age I was going to rehearsals and auditions.  Music and performance was a part of my everyday life and I think that I had probably already decided that I wanted to be singer before I got to high school age.  It took me a lot longer to actually admit to my family that I wanted to do it, but in my heart it was always there.

Getting to go to an artist high school was wonderful because I got to try a lot of different things that supported my desire to be singer.  We had choir and writing, and I was able to be at auditions when I needed to.  I think that experience helped me to define myself as an artist while I was getting started.

TD: Who served as your greatest influences/inspiration both in life and in music?

JES: There are so many people that inspire me to keep going all of the time.  I was just at a show this week and saw both Cher and Cindy Lauper perform, and it was amazing to see so many people come out to celebrate their achievements.  They have had amazing careers and I love their songs, so I had a great time!

People like Richard Branson (Virgin) and Anita Roddik (Bodyshop) also inspire me, by building their lives on their own terms.  It’s great to see people who can take a good idea and make it become a new reality that helps not just themselves, but others to benefit as well.  I’m also deeply inspired by my fans.

I get messages every day from fans that are working through tough times.  I also meet amazing people at my shows that come to me and thank me for helping them, and that’s the most inspiring thing that can happen.  Whenever I’m having a tough day I try to take a moment and think about everyone that has written to me with their story and it really helps to push forward.

TD: Speak a little bit to the evolution of your sound from your earlier work in Guardians of the Earth up through today.

JES: When I was working on the Guardians material dance music was very new to me so I it was all very exciting and an open territory.  It was like a new beginning for me, because up until that time I had been working on rock and pop music.  I think I have a little more know-how these days, although, there is something to be said for that initial enthusiasm when you start out on something totally new.

Having more experience helps in a lot of ways.  You tend to be able to see the big picture a little more and you can see the value of the details in the work.  I think I’m a better writer now, but I have made a big effort to preserve my individual qualities and maintain a style.  I have picked up a lot of new influences over the years working with different producers and DJ’s, and it all helps you to move your work into new areas. Sometimes I miss those late night guardian sessions, they were a lot of fun.

TD: Your inspiration seems to be rooted in spirituality. How does this translate to creating music?

JES: I’m a very spiritual person.  I believe that we all are, whether we act on it or not.  For me, music is really the feeling and connection, so whenever I’m working on music I try to make sure that everything comes from that place.  I don’t try to write with a particular message or anything, but I think having that spiritual connection to the world around you ends up influencing what you think about your work.

Spirituality definitely plays a role in how my music sounds.  Making music for me is very simple, but also I find it very hard.  I’m very critical of my own work, so I really try to let my heart be the judge.

TD: How has working with Tiesto influenced your evolution as an artist?

JES: Working with Tiesto was a fantastic opportunity.  He is a great motivator and has an unquestionable commitment to what he’s doing.  He really knows how to bring out the best in the people around him through inspiration and hard work, and that creates a situation where you can really focus on doing your best work.  He smiles a lot and is positive!

I think his biggest influence has been to aim high and believe in yourself.  His success has come from his talent, commitment and an incredible work ethic.  Spending some time inside that world makes you realize how much more you could be doing on all levels as an artist on all levels.

TD: What are some of the most memorable moments from your career?

JES: That’s a tough question to answer.  I have been so lucky to work with so many amazing people, so it’s hard to narrow it down to a short list, but there are some moments that stay with me more than others.  Singing at the Beijing Olympics was an amazing moment.  I had to learn a song in Mandarin for the event, so I was more nervous than usual.  It was absolutely amazing to be at the Olympics and to get to perform; it was like a dream.

I also performed “As The Rush Comes” on the legendary UK chart show “Top Of The Pops.”  Beyonce was on before me, and Maroon 5 was on the same show, so that was pretty much an amazing day.  My first performance with Tiesto was another unforgettable moment.  We played at the Heineken Hall in Amsterdam during the promotion for “In Search Of Sunrise 4.”

TD: What can fans of JES look forward to in the future? 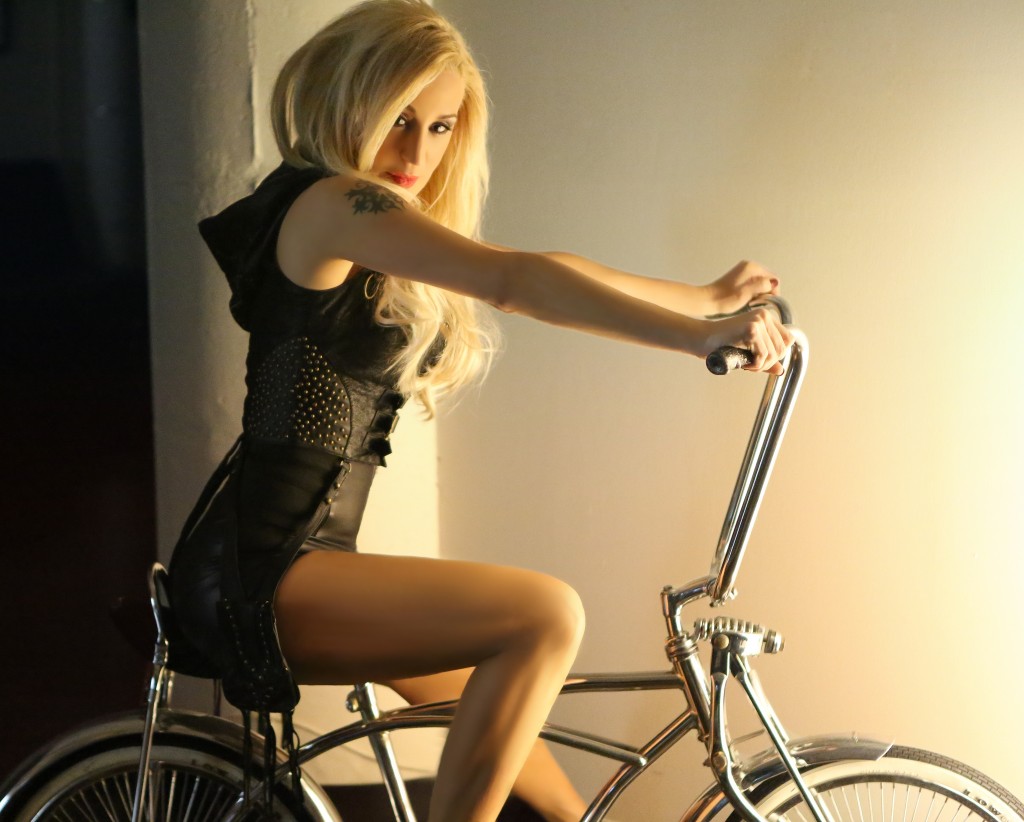 JES: I have just been renovating a new studio in Los Angeles, and it’s almost finished.  It’s been great to have a space of my own, and now that it’s working, I have a lot of projects to start finishing.  I’m working on a new EDM album right now.  I don’t have a release date yet, but it will be sooner rather than later, and I’m super excited to be working on music again every day.

I also have a couple of other musical side projects that will be coming out in the near future.  They aren’t specifically EDM, but if you like my chill out songs or any of my down tempo tracks, then I think you’re going to love this.  My YouTube channel is being re-launched with a lot of new content very soon, so look out for some acoustic versions of your favorite JES tracks on there soon.  I have a brand new song called “2 Souls” which is coming out very soon, and I also have a top secret cover song that is an old favorite of mine that will be getting a release soon.

TD: What is something interesting about you that most people would not know?

JES: That’s a great question.  I guess not many people would know that I trained as an actress during my teens.  I loved acting and it’s something I would love to have the chance to try again sometime.

There are many little know JES facts, but some favorites of mine are working as a stylist for Bon Jovi, and I once had a cat that was also a model.  Perhaps I should start a JES facts hashtag and find out what people really know about me J

TD: Anything else you would like to leave your fans with?

JES: I would like to thank everyone for staying with me on my journey.  We are all in this together and I really couldn’t do it without you.  I hope that my music continues to inspire you to follow your own dreams.

Never forget that with hard work and commitment, you can achieve wonderful things.  In the words of Pablo Picasso, “The meaning of life is to find your gift, the purpose of life is to give it away.”

There you have it electronic dance music fans. Our interview with the lovely and talented JES.

Be sure to check out her latest album “Unleash The Beat – Blonde” available for purchase now at the iTunes store.

For more information and the latest updates on upcoming albums, shows, and more, be sure to connect with JES below!

Regoton and the young Loudan release their newest banger today. This electro house track is sure to land a spot…