Five Experimental Bass Artists To Watch Out For

Strap in ladies and gentlemen. Experimental bass music has been on a come up for some time. We’ve dug through a fair share of notable releases in the experimental realm such as Yheti, Levitation Jones and Cut Rugs. It’s about time we take a look at some new faces that are taking a shot at experimental bass.

Compliments of the Deep, Dark and Dangerous label led by Truth, Khiva has been shaking speakers across the globe for about three years now. She has an apparent connection for all things dark and mysterious and her music proves no different.

Her newest release, “Alchemy Vol. 1”, is a 5 track project that includes seductive vocals alongside gritty bass beats. Khiva is no newbie in the underground bass community but she is finding her footing with the front runners. Her work is filled with eerie pride and the likes of Madison House Agency have begun to take notice. She signed with Madison House only a few days ago and we can’t wait to see where this takes her for next year and beyond.

Signed earlier this year to the prestigious label, Madison House, Templo recently put out a new tune via ShadowTrix Music‘s fourth annual compilation. Dubbed ‘Laser Eye Sea Turtle’, Templo takes listeners on a wild ride full of unexpected twists and turns. The track is full of versatile sounds that compliment the change of pace that’s consistent throughout. Don’t doubt that Templo will soar through 2020 as his name continues to take hold of the bass scene.

Floret Loret based out of Florida hits all the right notes as a melodic bass producer. His newest EP, ‘Secluded Garden’, consists of 5 hypnotizing tracks that fuel your desire to be one with nature. Floret Loret describes his EP as such:

“I wanted to create my own fictional garden of flowers, trees, and plants; whilst giving it an unique soundtrack. This project features some new experimental takes on my sound, creating tones on a darker perspective and mixing it with a familiar melodic sound.

I want you to imagine that you’re in an exotic garden, but there’s something haunting and mysterious about it.”

There’s no question he has a knack for immersing the listener into his experience or intention for creating music. That skill adds to his authenticity and will surely make him stand out as he continues his path as an experimental artist.

David Timko is an Atlanta Native who now resides in Akron, Ohio. Known to the masses as SLAVE, many established artists have been keen to his talents. 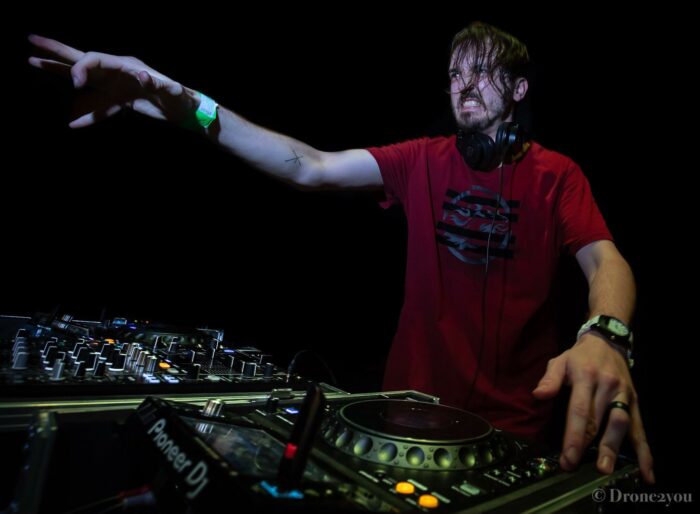 In 2017, SLAVE was approached by none other than Bassnectar who created an edit of his track ‘Breakthrough’. This was a pivotal point in SLAVE’s career that catapulted him into the limelight.

In 2018, SLAVE founded a now popular label, known as Rapture Studios, which intends to showcase a talented roster of experimental producers across the globe. His intentions have always been to give artists a voice in a world that is often convinced to work against one another rather than together.

Rapture Studios just released a massive compilation called “Nebula”. SLAVE took this opportunity to release his track ‘Derailed’ which speaks volumes. Listen to “Nebula” below and SLAVE’s new tune below.

Currently residing in the city of Columbus, Ohio; Risik has taken the community and then some by storm. She recently had her first headlining gig which resulted in a packed venue filled with passionate enthusiasts of her work. Risik’s sound profile can be described as industrial bass with consistent hints of sci-fi like components. 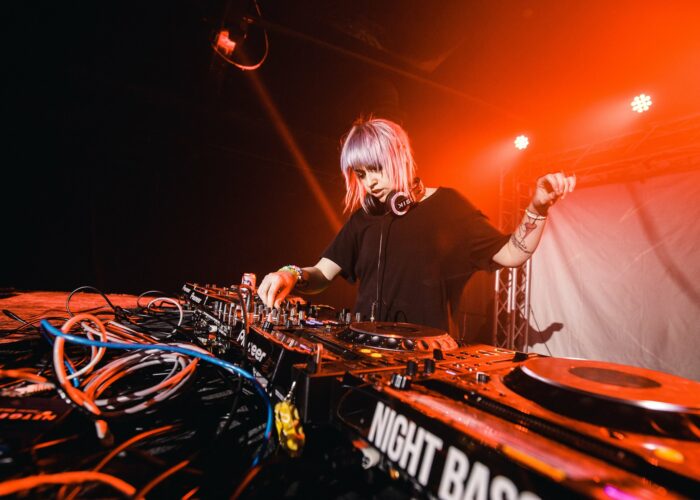 She’s had some notable accomplishments in 2019 and one of them is her first original work. ‘Boring’ is a single that speaks to her unique sound as an artist. The three minute track has a creep factor that incorporates the industrial edge that seems to appeal to large audiences given it’s surpassed 11k plays in a year. You heard it here first; Risik will takeover the festival scene in no time.

Chiming in on the melodic side of electronic music is a rising producer out of Basel, Switzerland known as Zima…

Annoucements for Electric Forest 2020 have already started teasing us with anticipation of the 10 Year Anniversary installment. With the…