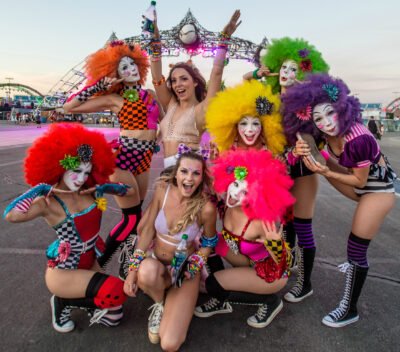 Electric Daisy Carnival returned to the Las Vegas Motor Speedway for the fifth consecutive year from Friday, June 19 through Sunday, June 21, pushing the boundaries of technological possibility while leaving attendees with memories that will remain ingrained in the forefront of our minds for as long as our legs allow us to dance.

When it comes to music festivals, the lineup and legend of Woodstock 1969, Live Aid 1985, and Coachella 2007 & 2012 are among some of the most noteworthy live music experiences of all time.

This year’s edition of the EDM-centric desert pilgrimage cemented itself among the most memorable festivals in history. Much more than another gathering, Electric Daisy Carnival Las Vegas ushered in an era of electronic dance music centered around premium fan experiences, musical diversity, and unprecedented showmanship.

Below are 10 reasons why EDC Las Vegas 2015 was the best EDM festival of all time. 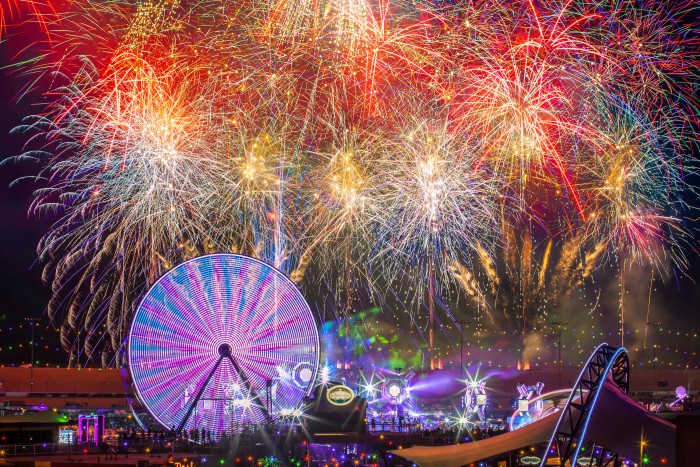 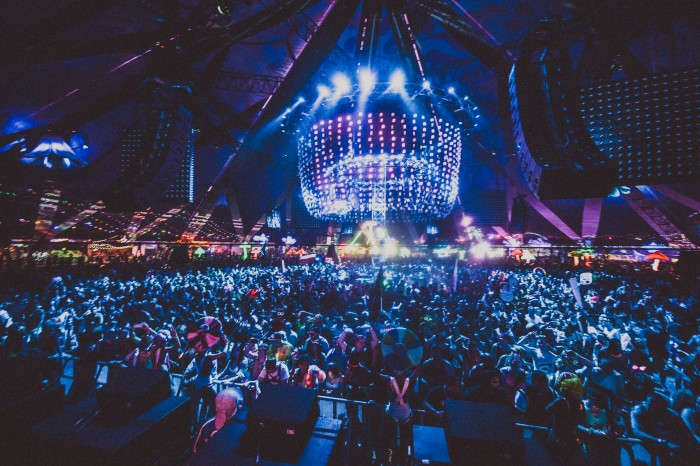 From increased dining options that included local food trucks serving up culinary delights ranging from gyros to sushi to the bounty of porta potties that were serviced at the conclusion of each day, Insomniac CEO Pasquale Rotella overlooked no detail in ensuring the estimated 404,000 attendees were granted a premium experience throughout the weekend. 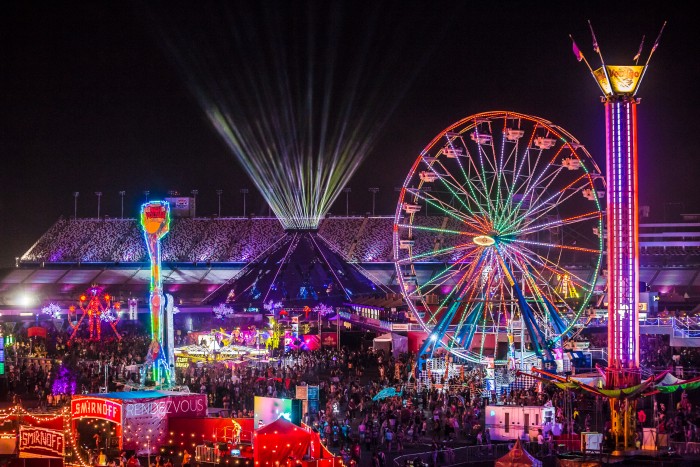 Aside from essentially every amenity in the venue, one of the most stunning sights of the weekend were the shuttles weaving throughout the desert to transport attendees in from all corners of the city. Nearly every shuttle service within a 100-mile radius was contracted to deliver guests to the Las Vegas Motor Speedway from destinations including Downtown Las Vegas, The Cosmopolitan, and other hotels and resorts on the Las Vegas Strip.

The logistics inside the festival grounds were no different; that obscure 11:42 pm ending set time was carefully aligned with the strategic outflow of the crowd to ensure fans could efficiently make it to the 11:48 pm beginning set time at the next stage.

Whether it was the 10-minute fireworks spectacle on Sunday night or the extravagant parade that navigated the racetrack, no specifics were neglected when it came to logistical planning and reason. 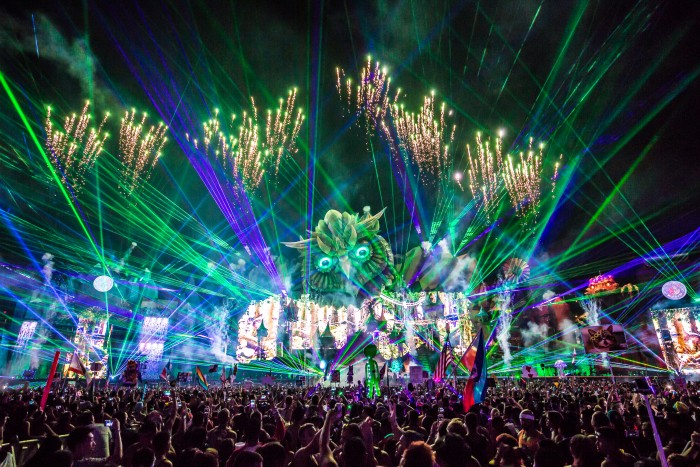 Anticipation continued to grow as Pasquale Rotella expressed his personal excitement in the days leading up to the event, leaving ticket holders to wonder how EDC could possibly surpass the production of years past.

After erecting the largest music festival stage North America has ever seen in 2014, there was suspense surrounding how Rotella would top himself this year.

The folks at Insomniac did not disappoint, curating multiple stages including the Bass Pod, Cosmic Meadow, Neon Garden, and Circuit Grounds, whose size and capability could have seen them as standalone main stages at any other EDM festival in the world. 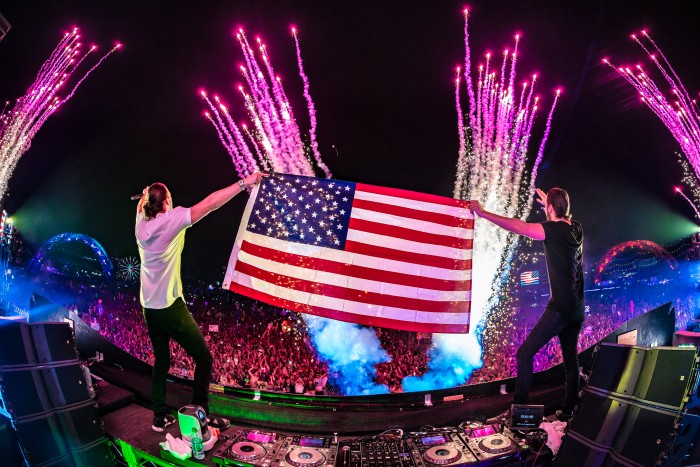 No other festival provides something for every electronically-inclined musical palate over the course of a festival quite like EDC Las Vegas.

From hardstyle to trance, every niche found a home underneath the Electric Sky. Above & Beyond, Kaskade, Armin van Buuren, Bassnectar, and Steve Angello were just a few of the world-renowned names that graced the lineup this year. But perhaps what is most impressive is the ability of Insomniac to catalyze careers through their flagship event.

In a single year trap producer Party Favor went from playing 7UP’s Stage 7 to blanketing tens of thousands of fans with bass at the Cosmic Meadow Stage in 2015. DJ duo LOUDPVCK expressed their excitement during their performance, having been members of the crowd just two years prior and the Funk House stage provided a platform for dance music forefathers like DJ Dan, DJ Jazzy Jeff, and Z-Trip to gain well-deserved exposure for their contributions to the scene. 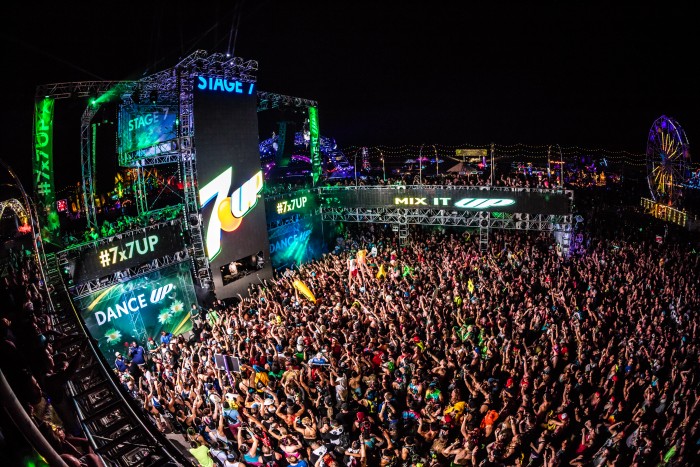 Pasquale Rotella’s vision has always centered around providing an unprecedented experience to the fans and Insomniac Events continues to ensure that is the case by aligning with sponsors who understand the dance music community.

For the first time in festival history fans around the world could catch live sets in their entirety courtesy of the Yahoo live stream. 7UP also continued to illustrate why they were named 2014’s EDM Brand of the Year as Stage 7 provided an all-access view to the hottest emerging electronic acts. 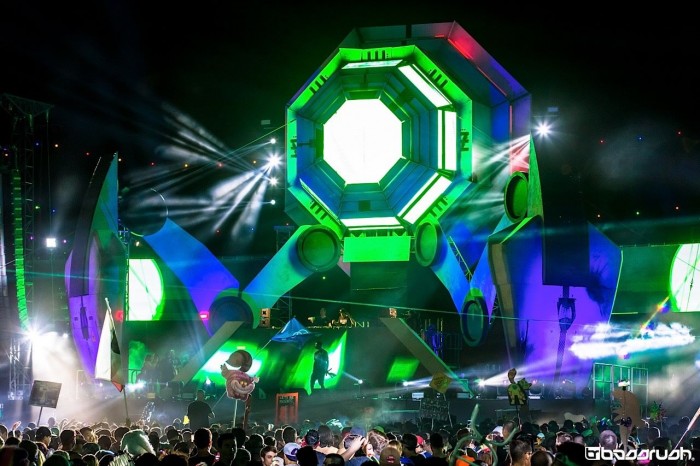 Another music festival first was provided by Calgary-based PK Sound who ushered in an entirely new era of bass. The revelation of the Trinity sound system allowed attendees to be among the first to experience 3-dimensional sound. Whereas traditional speakers transmit sound waves in two dimensions, the Trinity rig brought technology that allowed audio engineers to manipulate sound to reach where it is intended, engulfing listeners in a bubble of auditory bliss capable of rattling every cell in their body.

Despite being designed with electronic dance music specifically in mind, the Trinity system turned the levels so high that the aptly named Basspod Stage was thrown out of commission for a short time. 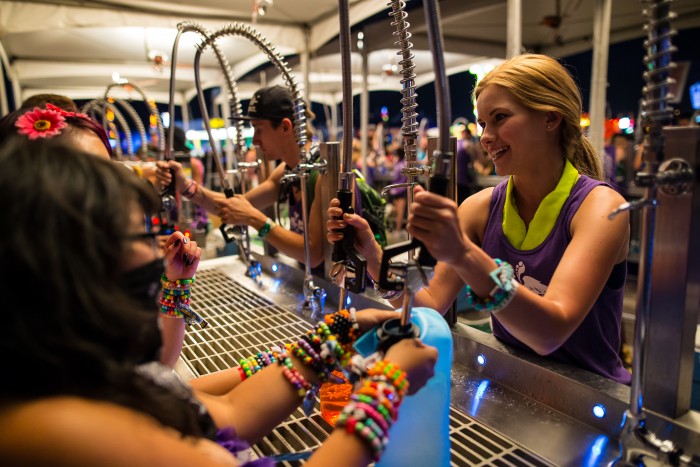 Photo via DaBlackSwan for Insomniac Events

During the EDMbiz conference in the days leading up to Electric Daisy Carnival, Health & Safety Director Maren Steiner discussed Insomniac’s remarkable response times that ensured those requiring medical attention would receive care within 2-3 minutes. More impressive was, that regardless of insurance coverage, attendees would garner attention and leave with absolutely no medical bills.

Very seldom can you arrange 400,000+ fans in a desert with a physically demanding activity such as dancing as the primary recreation and maintain a track record like Electric Daisy Carnival.

Free water was made available at numerous fill stations while Ground Control roamed the crowd, keeping an eye for anyone who appeared to be having a less than favorable time.

This is a further testament to their logistical mastery and attention to detail that keep the fan experience at the forefront of the vision. 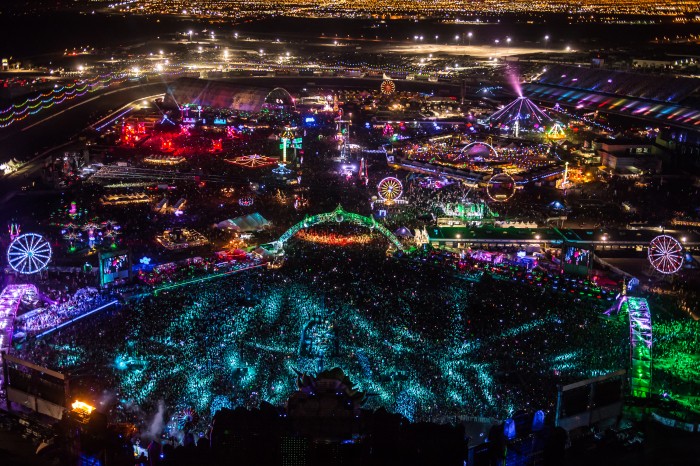 The 1.5 mile, 1,200 acre track is an unfathomable spectacle whose sheer size cannot be comprehended outside of attending for yourself.

Very few venues can accommodate the vision of Insomniac Events but Pasquale and Co. ensured that every inch was utilized in creating the experience. 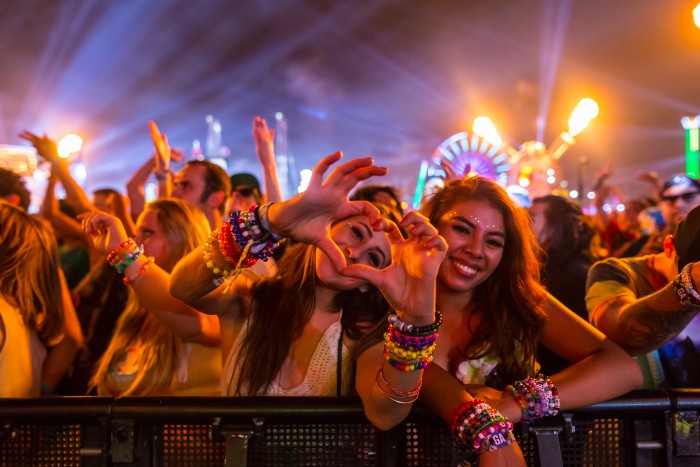 Photo via DaBlackSwan for Insomniac Events

The dedication of those who make the annual pilgrimage to Electric Daisy Carnival Las Vegas is unprecedented. The amount of personal investment into the often once-in-a-lifetime experience is evident in the kandi-donning and eccentric get ups complemented by beaming smiles and wondrous eyes.

Though you might not see your rave crew on a daily basis, EDC continues to provide the setting for love to blossom, relationships to form, and best friends to reunite. Love and positive energy remained palpable from the opening ceremony to the final sunrise on Monday morning. 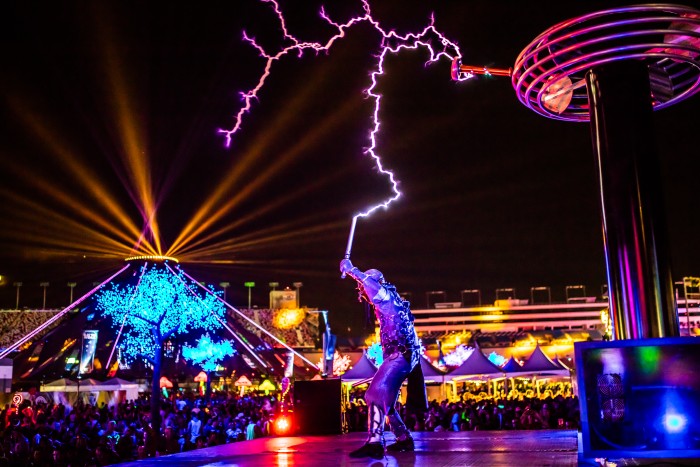 Pasquale Rotella does not lie when he says the music is secondary to the overall experience. Though an integral part of the escapades, one could easily be consumed by the ancillary components of the festival while not experiencing a single set in its entirety.

Have you ever witnessed a 50-foot mechanical octopus that shoots fire synchronized to sound? How about an electricity-controlling storyteller with the ability to freeze the audience in their tracks?

These were only a few of the extravagant productions that continue to perpetuate the lore of Electric Daisy Carnival Las Vegas, selling out tickets in record time to fans eager to experience this dance music pilgrimage for themselves.

What were your favorite moments of EDC Las Vegas 2015?

Be sure to leave us a comment and let us know! 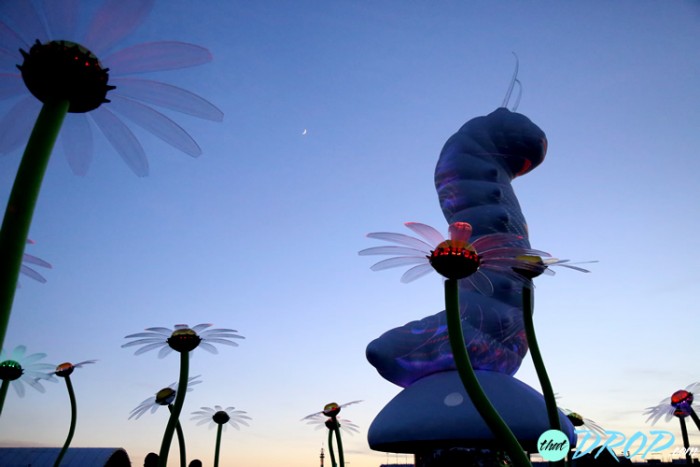 See you next year underneath the Electric Sky!