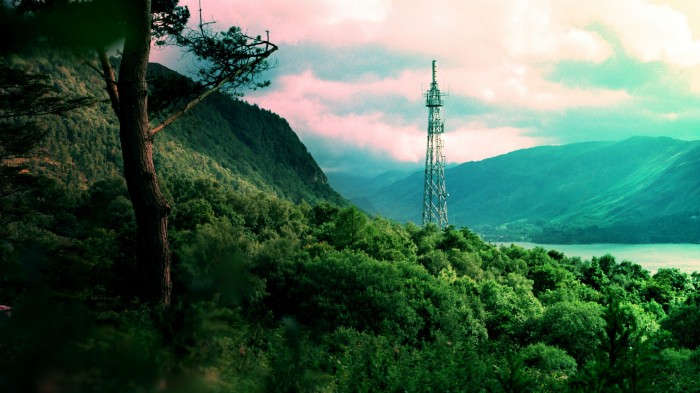 This article is exactly as it sounds: 10 downtempo artists that you can’t live without, or shouldn’t, anyhow.

Keep in mind, ‘Can’t Live Without’ are not arbitrary words picked out of a hat; this music is a part of the marrow of life for many, even shamanic and Zen-like for some. It touches lives and gives a flicker of everlasting color to moments, timeless and mundane alike. This list is intended serve as a starting point, a beginner’s guide, to help expand and evolve one’s love of downtempo music, both new and old.

It’s been a surprisingly work-intensive task: breaking down an entire genre into 10 distinct, bite-sized, pieces for your sonic enjoyment.

After careful consideration, the 10 artists found on this list were chosen from a broad spectrum of the downtempo world.

Headliners, up-and-comers, innovators, originators, new kids on the block; they’re all in here in some form or another. The only entrance requirements: essential and influential, musically.

Those don’t exist. Shouldn’t exist. Can’t exist, even. That sort of thinking leads down a path toward disguising the true meaning of music and art itself: the interaction between artist and audience.

It’s this interplay that creates the wonder and awe in music and other art forms that we hold so dear to our hearts. It transforms the mundane into the sacred. Different things make different people tick. Normality is the plague of sameness, and variety is truly the spice of life.

Continuing in this vein, this article is a collection of a few personal favorites and artist suggestions compiled entirely and exclusively for your listening pleasure, nothing more. Many tracks included in this article are not representative of each individual musician’s career. Instead, think of these songs as snapshots, defining a single point in time for each artist.

Art changes, artists progress; the world is not a stagnant place.

Bonobo sums it up best in his track, ‘Stay The Same’:

it will never be the same.

Some of these artists don’t even create downtempo music anymore, but most do. Some have expanded upon the foundations that they set early in their careers; others abolished them and branch out towards something entirely new. Artists rarely make two of the same albun. Again, everything included herein is just a glimpse into a point in time for each musician.

Also, some monstrous names in the downtempo scene were intentionally left off of this list, but only because they’re widely known and known damn well (examples: Thievery Corporation and Boards of Canada, to name a pair).

Moreover, this list is being broken into two parts, 5 and 5 artists, respectively. Why? To make the information within more digestible, giving time to dig in and listen to each artist and discover something new. To discover what resonates with you, personally. In essence, to discover whatever it was that you were looking for when you first decided to click on this article. Personally, this writer encourages everyone to dig in and do some further exploring into each artist; one never knows what they’ll find. After all, this piece is nothing more than the cliff notes; it’s up to you to dig up the novel. 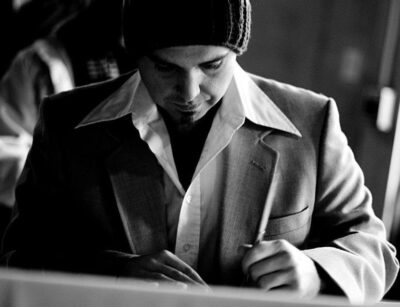 One of the biggest, if not the biggest name in the Indiana downtempo scene is Kaleidoscope Jukebox. Exactly as the name describes, the Jukebox is an exploration of sound, texture, flavor, color – a kaleidoscopic dissection of what music truly is. With a sound reminiscent of Thievery Corporation and Wax Tailor, yet much more than that, producer Clint Carty takes soulful grooves to a whole new level. Lurching, looping percussion, hand drums, guitar, mandolin, etc… the music lulls listeners into a refreshingly different mental space. Relaxed yet thrilled, an unusual combination, but you’ll understand.

With a world-music oriented sound, Kaleidoscope Jukebox brings together East and West, merging instruments from all parts of the world. Eastern strings, African percussion, Middle Eastern who-knows-what-they’re-called’s; it’s an indelibly diverse hodgepodge of a world that we live in and, Carty’s music exemplifies that to its fullest. Upon first listen, it’s easy to get the feeling that this music is incredibly human. It’s easy to picture people sitting around and creating this music as opposed to programming it. A feeling that can get lost in the never-ending awesome abyss of music today.

Overall, Kaleidoscope Jukebox brings a deceptively complex style of music to the world, a limitless fusion of diverse stylings and musical traditions from across the globe. Grooves defying the infinite space-time, if you will. So, if you are brave enough for the travels, please step inside The Jukebox, just don’t forget to mind your head.

Where to start with this little known producer… What we do know is that Slovenian born instrumentalist and producer, Blaz Gracar, was born in 1991. He produces hip-hop instrumentals under another name, DPek. And he’s a musical trip, if nothing less. 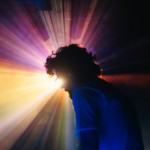 Full of jaunty percussion, fuzzy analog synths, sultry violin, and a height to his sound that few others have achieved; Blaz’s sound is incomparable to other musicians today. Just one listen to his (older) Fertile Eggs EP will give listeners a taste of his explorative sound.

Tracks meander and weave, changing tempo and form as they progress. Ever heard a medieval-style chorus in an EDM song? Now you can. How about a psychedelic ice cream truck (give the title track from the EP a listen)? Check out the Fertile Eggs EP, you’ll see what you’ve been missing. 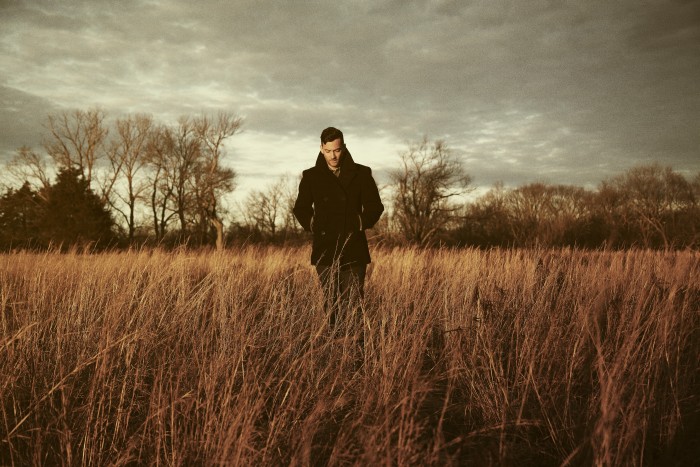 One of the more established names on this list, Simon Green AKA Bonobo, is nothing short of a producer’s producer – a musical magician, if you will. Endlessly smooth and subtle while always refreshingly full and organic, Bonobo takes sound manipulation to an entirely new level in his music. His tunes are a sonic smorgasbord rife with live instrumentation, clangs, claps, snaps, taps, etc.; it’s almost as if he uses whatever’s within arm’s reach of a microphone.

All in all, it couldn’t be a more fascinating listening experience. One never knows what to expect in a Bonobo album, and fans freakin’ love him for it.

Green’s most acclaimed work, 2010’s Black Sands, serves as an in-depth foray into the soul of EDM, and serves as an excellent benchmark for how the electronic and organic worlds can fuse to create something bigger than the sum of their disparate parts. Violin, brass, piano, soulful vocals, and Bonobo’s characteristic live bass low end; Black Sands an essential in any record collection.

In fact, while giving the album another listen during this writeup, it brings back a certain type of nostalgia that few things can. It’s one of those albums that immediately jumps into the heart and never leaves, plain and simple.

After a first listen, the long days and nights spent fine-tuning the production is immediately evident; work like this doesn’t come without a price. Polished and refined, yet still raw and conveying a deep conviction to the craft, Black Sands is an inspiration – to say the least.

But, there’s much more to Bonobo’s catalog than a single album, both The North Borders and his newest release, Flashlight EP, showcase his ongoing and ever-improving production skills. Both are damn good. If there were to be one place to begin, Black Sands is a truly solid starting point. From there it is your job to explore.

Grab the wheel, twist and turn until you find what hits your sweet spot, because it’s out there, and you’ll find it. And do; please do, explore and dig deeper into Bonobo’s discography. There’s a reason that Green plays 140 tour dates a year spanning both countries and continents alike; it’s world-class music, nothing less. 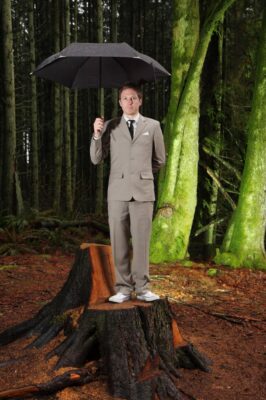 The perplexing and percussive artist, Tor

Reminiscent of Emancipator and Bonobo’s tunes, Drum Therapy is an eclectic mix. Consistently atmospheric and percussive, almost eerie at times, the entire album works together to create a profound collection of music.

From flawless production quality to the actual grooves and melodies contained within; the album is truly astonishing, and deserves to stand alongside the greats in downtempo’s history book.

Although it’s been a couple years since the release of Drum Therapy, we’re crossing our fingers for more tunes coming of this producer’s breadbasket here in the not-so-distant future.

After singing to Loci Records (Emancipator’s label) in 2012, one can expect nothing but the sky as the limit for future releases. Keep an eye out for this producer; he’s on the cusp of something big. 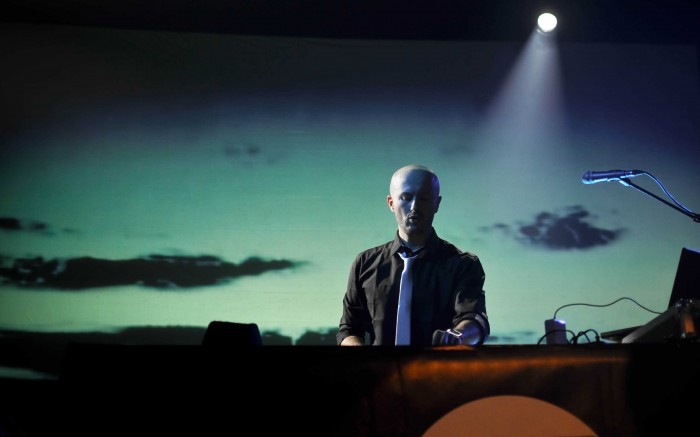 Musically atmospheric and intensely cerebral, the French born Jean-Christophe Le Saoût crafts a cathartic, cinematic space, in his productions. Complete with old-time sampled vocals, film monologues, and other nondescript passages from who the hell knows where, a Wax Tailor session is an immeasurable listening experience. Upon listening, one can almost picture Jean-Cristophe as an early film director crafting his magnum opus for the big screen; the feeling is similar.

While a majority of his music is classic production and vinyl work, Wax Tailor’s newest release is an exploration into the boundaries of what a set of turntable decks can do in a larger setting. A double LP, Phonovisions Symphonic Visions, is a live album based on a series of concerts performed in 2014 with a full Symphonic Orchestra. It’s new, it’s fresh, and it’s a different direction for downtempo.

But, when it really comes down to it, though, for the true downtempo delight – dive into Hope and Sorrow. The album goes in every direction in the best way – brass, strings, flutes, guitars, rapping, singing… the works. It may just be his seminal work, but only time will tell.

And there it is, folks, part one of our 2-part mini-series diving into the weird and wonderful world of downtempo music. Whether it’s the swinging drum cadence, the profound piano passages, the cavernous hum of the bass, or a perfectly crafted lyrical passage – each and everyone can find something of worth in here. Even if downtempo isn’t your style, sit down with these records. Branch out, try something new.

As Thoreau said, “Live deep and suck out the marrow of life.”

Slow things down… take some time to contemplate and relax. Let your mind wander as your body grabs hold of the beat, wrapping and weaving in time to the music.

Give in to the power of the sound, and above all other things, enjoy!

Stay tuned for party 2 of our 10 downtempo artists you need to add to your playlist coming soon.