World Renounced Dutch DJ, Bakermat, Is Coming Thru on ‘Under the Sun’ North America Tour

Dutch DJ and producer, Bakermat, has announced his ‘Under the Sun’ tour of North America. With 10 dates in total, across 15 days, Bakermat’s first stop will be at Great Northern in San Francisco on September 7th. Following his initial show, he will touch down in Los Angeles at the Roxy Theatre, as well as Denver, Seattle, Boston, Detroit, and a few more. Trust, his sets pack with tech house, tropical house, a little pop influence and more there will be a smile plastered on your face.

Offering a bag of gems, you will not want to miss Bakermat along his Under The Sun tour. 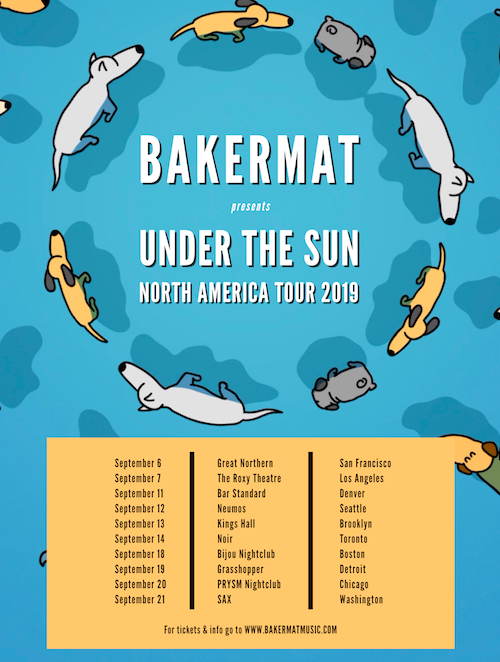 Hailing from the Netherlands, it all started in 2012 for this versatile artist. With his debut single ‘One Day’ (Vandaag), drawing inspiration from jazz and soul influences, Bakermat’s many noticeable releases have earned him over 300 million streams across multiple platforms.

Continuously pushing boundaries with his live shows, Bakermat has hosted live bands during his performances; some of which include live saxophonists, singers, and violinists. In addition, Bakermat has hosted his own ‘Bakermat Circus’ parties in London, New York, Amsterdam, Ibiza, Paris, Rio De Janeiro, São Paulo and has hosted stages at festivals such as Tomorrowland and Airbeat One.

For tickets and information regarding the North America tour, go to www.bakermatmusic.com

Check out some more of Bakermat’s releases below

Few cities mean more to music and the culture than Los Angeles, California. It’s where musicians and producers go…

Nocturnal Wonderland 2019 will be America’s longest running festival, as it returns to Glen Helen Regional Park for it…