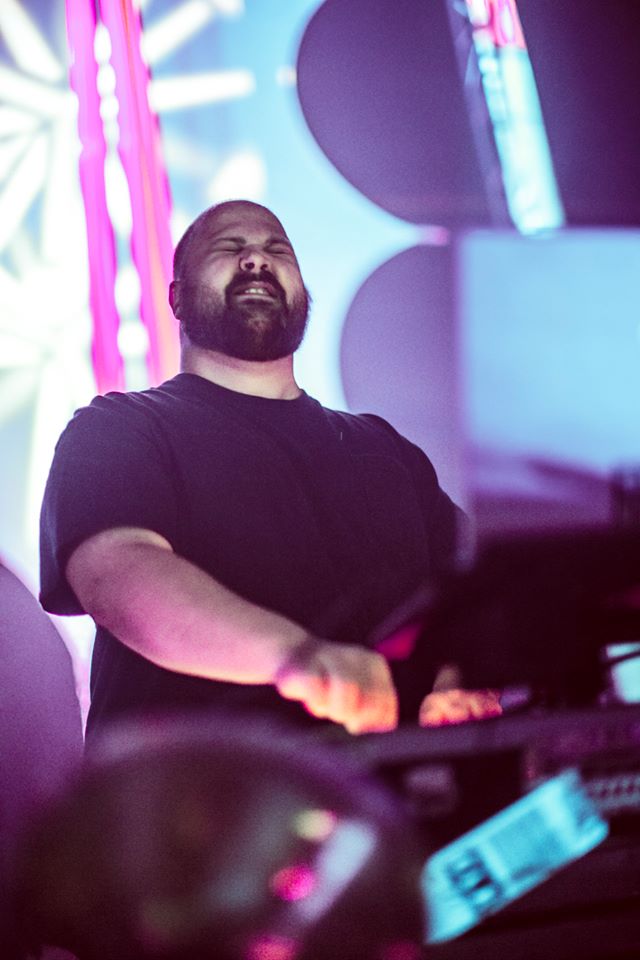 When it comes to laying down dirt nasty beats, Andrew Owsley is right up there with the best of them. Known better under his performing alias Wick-It The Instigator, Owsley is an appreciative man from humble beginnings. Hailing from Nashville, you wouldn’t guess from heavy bass lines and in-your-face remixes were the product of this laid-back southern gentlemen.

Though his set at Imagine Festival was cut short, it was one of the rowdiest of the weekend for the 15 minutes it was going down. The highly dedicated crowd danced harder the more the sky opened up and when rain threatened to ruin his equipment, Wick-It kept playing, getting the production crew to hold a tarp over the set up. As thunder clapped over head, cheers continued to erupt from everyone at the stage. It wasn’t until lightning started crackling throughout the sky that the set was forced to an end.

Without missing a beat, Wick-It got in touch with Iris Presents – the festival promoters – and immediately arranged to perform at the after party so that his fans would have the opportunity to see him.

Between his productions and his demeanor, it is impossible not to love everything that Wick-It The Instigator is about.

Typically, when arranging interviews, there are many hoops to jump through. The process usually involves getting in contact with PR reps before being passed along to managers who bounce back and forth with phone calls and text messages before finally getting to sit down with the artist. Much to my surprise, when arranging the interview with Andrew I was given his direct phone number and told to contact him with any questions, a testament to his character and a man who truly appreciates his fans and where he is at in his career.

We sat down with Wick-It The Instigator at Imagine Festival to discuss festival preferences, future goals, his upcoming studio album, and how his musical career is rooted in a six year-old’s athletic failures. 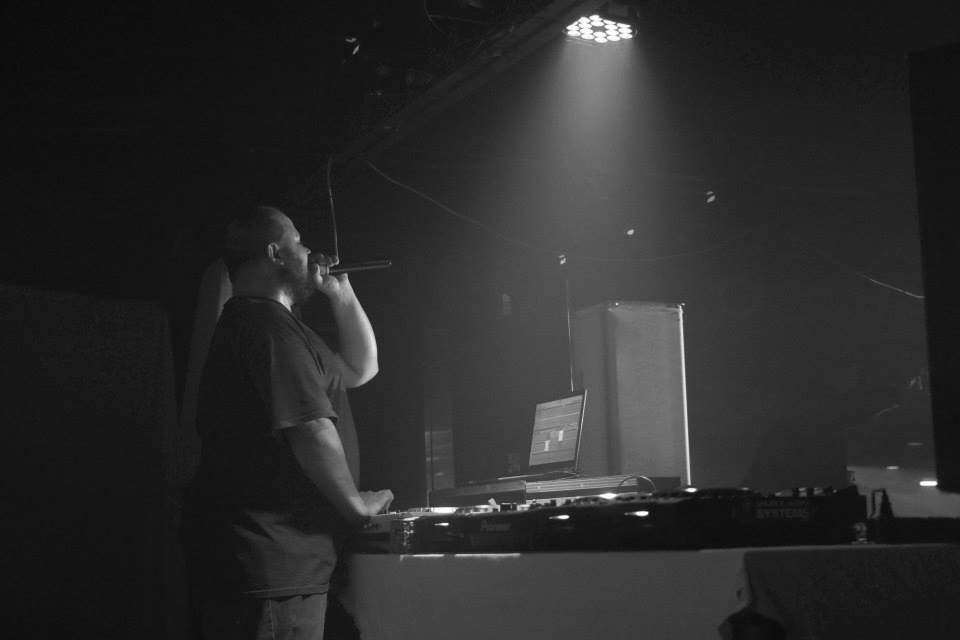 thatDROP: Just wanted to start by saying that we had the chance to catch both of your sets at Wakarusa and they were absolutely incredible. Some of our favorite of the entire summer so far. What is it like to play at those kind of festivals?

Andrew: Wakarusa is probably my favorite actually. That and Summer Camp. You’re gone for a whole weekend. It’s not just like poppin’ out to a venue one night to see a show. You’re a part of the getaway and whatever the daily grind is. People are in a lot different head space at those type of events. It’s almost like a whole different world. People make costumes, signs, carpools. I love festivals. Hanging out at festivals kind of feels like a second home to me. I always try to stay the whole weekend if I can to party and take in all the shows.

thatDROP: Can you speak to the difference and the interaction with other artists?

Andrew: You get to meet a lot of your peers and we are all kind of aware of each other and aware of each others’ music but we don’t always get the chance to meet and hang out. When you go to these festivals and you’re with a bunch of artists on the bill that you’re familiar with but have never met, you get the chance to hang out with them and become friends. That’s where a lot of collaborations are born and where a lot of artists decide to work together and tour together. Collaborations often stem from friendships because obviously you want to work with someone that you are able to kick it with and have fun with.

thatDROP: Speaking of collaborations, what do you have going on with Nit Grit?

Andrew: We ended up on a bill together in Detroit not too long ago and we thought it was a cool mix. We are both kind of in the same genre but still very, very different. I kicked it with him and we hung out and had a lot of fun. If you are going to be with someone night in and night out they gotta be your homie. We thought it would be cool. My stuff is more over the top, guilty pleasure, obnoxious. His is more melodic and real vibe-y, more trance-y. Very different styles but a lot of people that like Nit Grit or like me will probably like the other artist as well.

thatDROP: What have been some of your favorite festivals?

Andrew: I didn’t get to play this year but I have played at Shambhala in British Columbia and that is an amazing festival with an amazing environment. Bounce Boat too. I like the whole Northern California scene. I like the people. They get creative. One thing that is different about those is that at other festivals other people look more like you would expect to see, like tie die and stuff, which is cool, but you get up there and see these crazy motherfuckers on unicycles and tuxedos from the 1920’s. They get kind of weird and that’s fun to see. There is a lot more pageantry and it is more reminiscent of the whole ‘Burner’ crowd.

thatDROP: Speaking of Burning Man, have you ever been or would you ever go?

Andrew: No I don’t know. I won’t knock it ’til I try it but I don’t know if I can be that off the grid. You don’t get paid which makes it harder to get out there for a lot of artists because they have to put in a lot of their own money to get there. It’s all very rogue and I’m very OCD about the details. I like having my itinerary. I do want to try it but I’m also old as shit. I feel like my inner Hank Hill might come out at Burning Man. 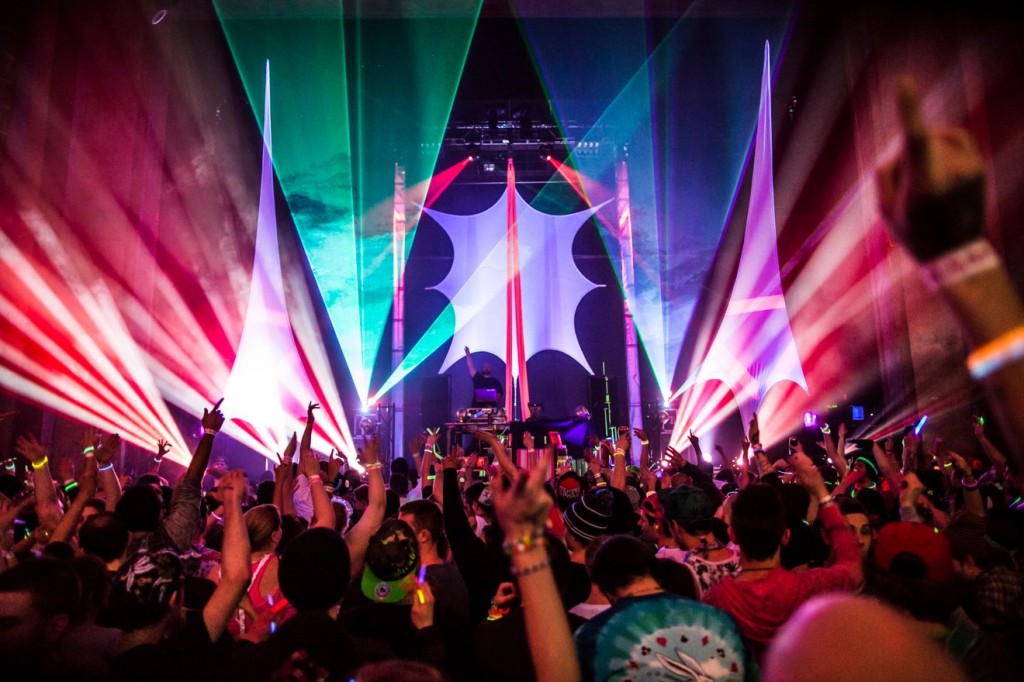 thatDROP: What was the ‘Aha!’ moment that really clicked and you realized you could make a career out of this?

Andrew: It was when Big Boi started re-tweeting my remix that I made of his song. I did a Big Boi/Black Keys mashup. I was at work and one of my buddies called me and said “Yo Big Boi is posting your shit right now!” I had a whole mashup album. Big Boi liked that song but I had a whole album.

Once he gave me that whole push and put me on the radar a couple different booking agencies started contacting me and thats when it really seemed like I could start doing this as a career. In 2011 I got with (Baumer) from APA Nashville and he is my booking agent to this day. He booked up the whole year. So we had one night, a whole year of shows, contractually and it was a pretty safe bet at that point because we had it all locked down.

But it definitely started with Big Boi showing a little love. That helped me get out there. I got to meet him and go on the tour bus and hang out with him but no, not really. He’s Big Boi and he can’t hang out with everyone.

thatDROP: What are some of your short term and long term goals as a DJ and producer?

Andrew: I’m still trying to brand my own original sound. I kind of came up on remixes and I will always make those. I love it but I’m about to release an original EP with no remixes or mashups or anything like that.

One of my very next goals is to establish myself as somebody who puts out original music.

I don’t want to just be the remix guy. I want to be able to do it all. I’ve been adding a lot of live instruments, adding guitar amps and stuff, and learning how to do a lot more of that studio stuff. Long term is just to keep it going. That is the scariest part about this job. There are no guarantees and it’s all liquid. It’s been going strong for 3-4 years since I started doing this professionally. You never know though and it’s scary. There are so many people doing what I do.

Short term keep developing my style and long term is to stay out of that warehouse I worked at. That’s what I’m not trying to do is go back to my day job.

thatDROP: You have previously spoke about your disdain for people in the audience who are constantly taking pictures and not enjoying the music in the moment. What’s it like being in the moment and performing when you are on stage?

Andrew: It’s kind of like how moms used to go on vacation and just walk around and take pictures all day instead of actually doing stuff. You see that everyone wants to have a video clip of where they are at and alot of times they actually miss it. Taking pictures is good but put your phone away and be there in the moment. Being on stage is great. I just want everyone to be there and enjoy it.

thatDROP: What is something that alot of people would not know about Andrew Owsley?

Andrew: Well they probably wouldn’t know that when I was a little kid I was obsessed with sports and I would cry unless there was a game on television. If there was a cartoon, I would cry and as soon as the game came on I would stop. Then, the first day of little league I got my nose broken and that’s when I went in to music.

I would say that my music career is rooted in a six year-old’s athletic failure.

Andrew: The first day of soccer practice the coach told me to dribble the ball to him and I picked it up with my hand. He was like you’re the goalie! 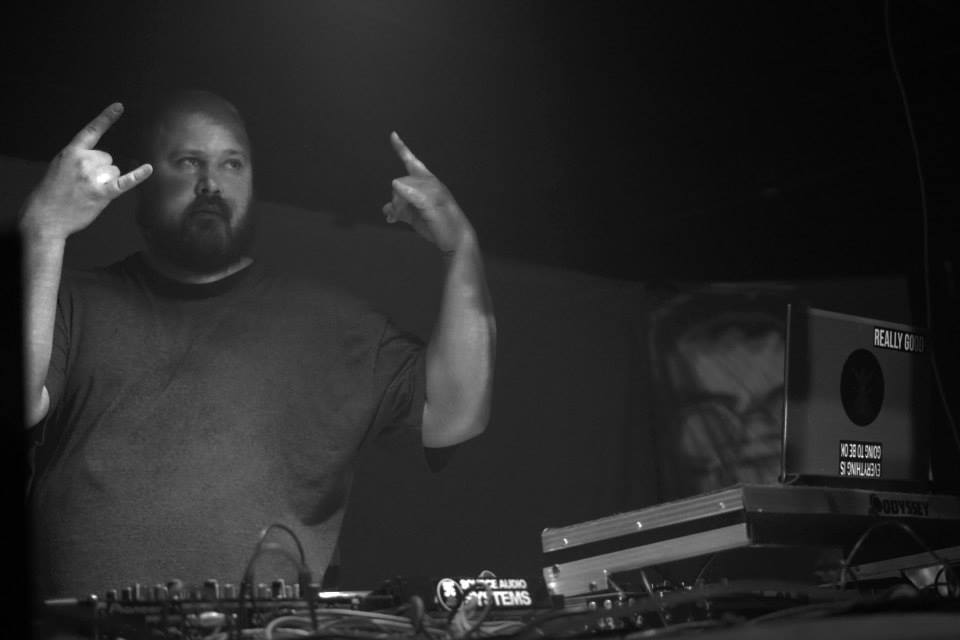 thatDROP: You mentioned an original, remix free EP in the works. When can we expect the album?

Andrew: It’s coming soon. I would say a couple of months, probably this fall. I’m wrapping it up now but I’ve been working really hard and putting a lot in to it. As things in the industry continue to become more cookie cutter, assembly line, I’m trying to make this different. I want it to be a breath of fresh air. I’m not trying to turn up floor bangers and chart on Beatport. I’m trying to do something different with this and be a little bit more creative.

thatDROP: Your career is rooted in hip-hop beginnings. Can you tell us a little more about that?

Andrew: The very first time I DJ’d was at a scratch battle. I was always at events where there were DJ battles and freestyle battles. Usually when you’re hanging out with a bunch of hip-hop kids, whether or not you’re a rapper, everyone will end up freestyling. Rapping is never something I’ve pursued but you’re just around it. When you’re constantly around little cyphers, eventually you just jump in there and have fun with it. Hip-hop is definitely my favorite type of music.

thatDROP: How to you go about planning out your sets?

Andrew: Sets are 80% rehearsed and 20% improvised. I like to leave myself a little wiggle room.

thatDROP: What are some things your bucket list as a performer?

Andrew: I definitely want to play at Red Rocks and international. There is still a whole other world that I haven’t explored yet.

thatDROP: If you could create your own festival or show, who would be 5 artists on your lineup?

One of the good things about being a DJ is just having to worry about yourself. The difficult thing about being in a band is having to split with 4-5 people and everyone is still struggling.

Connect with Wick-It The Instigator

For more awesome images of Wick-It The Instigator check out the full album courtesy of Cumulus Entertainment and Timothy Smith Photo.