The dubstep duo Adventure Club started off as a pop-punk band heavy in the metal scene with barely knowing each other. Sooner than later after one of them keeping their ears open in the electronic scene, they started touching their feet into the dubstep world. After listening to some intriguing remixes of some of their favorite bands, they couldn’t resist to mess around with producing.

Always leading the superhero theme, the duo has had sold-out shows, released albums, and remixes catching the ears of many. If gaining new fans doesn’t say much to you, then allow their Grammy Nomination for the remix of Undercover by Kehlani do all the talking. Adventure Club recently performed for the first time at this years Shambhala Music Festival in Salmo River Ranch in Canada.

Before jumping on decks, blowing away fans with their industrious sounds, we double teamed the duo, interviewed them about their past endeavors and visions.

Listen to ‘Dream’ ft. ELEA as you enjoy our conversation with the men themselves: 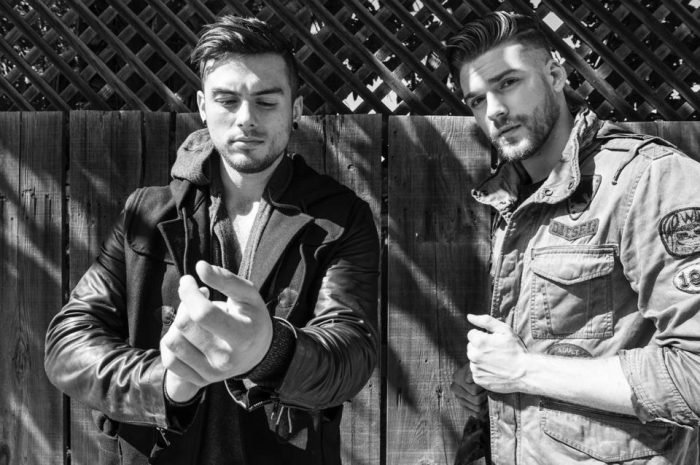 Are you really excited to play tonight?

Christian- We touched down and we just tried to get in touch with the festival. We roamed around and started picking up on the vibe.

How did you guys actually meet? I know you were in a pop-punk band initially.

Leighton- That is how we met.

Christian- I showed up for a band try out-we had a mutual friend. I walked into Leighton’s parent’s house, went into his basement. I was a guitarist, so I put my amp down, and told him I was his new guitarist. (laugh) We had a couple band practices not too long after we started jamming together. We went out to a local bar together, bonded like crazy. I think it was winter time, we fell into a bush together and then we were best friends.

Leighton- A bush is what cemented the bond.

Christian- We woke up in my basement covered in twigs and stuff.

And now you guys are here again in nature, hey look how that worked out!

Christian- That’s the first time I told that story.

What impulsed you to transition into electronic music after being in the band?

Christian- Leighton had his ear to the ground as far as electronic music goes […] This kind of like new wave of dubstep came out and we heard a couple remixes from some of our favorite hardcore bands. It was mind blowing because the hardcore style break down where it goes into the halftime drumline and feels slow and headbanging. Dubstep was doing that with all of these cool sounds and this new style and it really just spoke to us.

When you transitioned then how did you come up with the name ‘Adventure Club’?

Leighton- I think at the time when we were making Adventure Club music we wanted to make the super grimy, super hardcore. We wanted a name when someone heard it, they thought it was going to be the most bubblegum music like pop or Barbie girl music.

Christian- We thought it would be an ironic name.

Leighton- Yea, an ironic name. And then people would listen to the music and then realize this was not what we were expecting at all.

You mentioned that you guys actually played around with producing while you were in a band, so did you teach yourself how to produce?

Christian- Self-taught. We were not very good at it at all. We were laying down tracks just to get ideas down when we were in a live band so when Adventure Club started taking off, there was a lot of learning to be done. It was really just a fun experience, discovering that and having that at your fingertips.

I read that you use Sonar by Cakewalk and you use Ableton for editing. For upcoming producers who are trying to learn different programs for music production, why do you use Sonar- what are the benefits from that one versus using Ableton alone or any other program?

Christian- But you can say that it helps craft our sound in a more unique way. A more unique workflow than a majority of the people in the scene.

In 2013, you started Superhero Anonymous Mixes, why did you chose that theme with Superheroes?

Christian- I love that we are talking about the hero theme. We feel like it really speaks to us and speaks to the music and speaks to our brand. It feels nice-its right for us. It just made the most sense to use individually as people. I feel like everyone can have that everyday hero scenario.

This year you guys got a Grammy nomination for the remix “Undercover” by Kehlani. How does that even feel- to make it this far?

Christian- I don’t even know still. You just brought it up and it stills feels like it didn’t happen.

Leighton- Objectively or even subjectively, I feel like getting a Grammy nomination is one of  the highest achievements that you can aspire for as a musician. So even to get that nod in our direction was something surreal to us to actually go there, walk the carpet, see some of our idols, and all of the people we look up to. 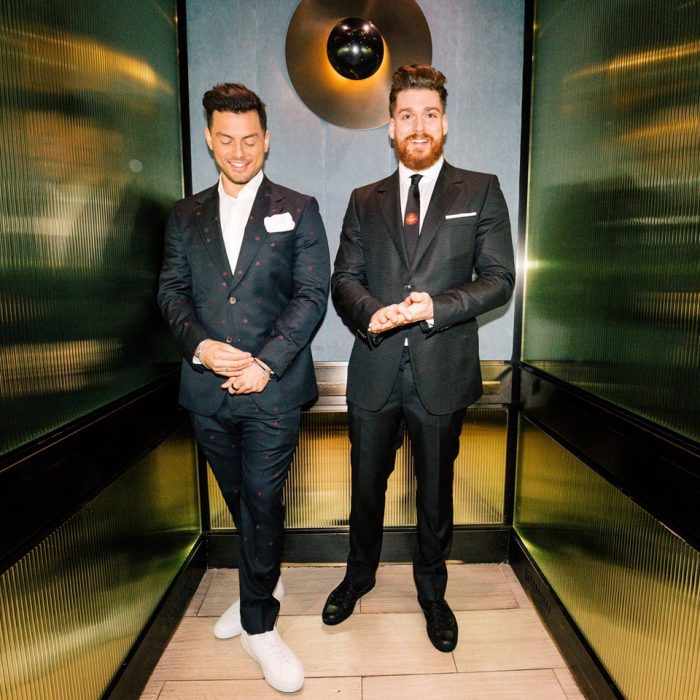 Since you have been traveling internationally to perform. What are some of your favorite places and do you have any memorable moments?

Christian- Lately we love touring Asia. They are just getting into EDM, they are really responsive to any genre you want to play.

Leighton-  As far as memorable moments go- I feel like Coachella 2014 is like a highlight of our career. We got to close out the Sahara tent. We brought out a couple of acts and it was one of the biggest crowds we very played in front of.

You guys are really good at implementing a lot of different genres in your mixes. Nowadays, you do see producers that stick to one genre but then later start doing another style of music, and change. Do you guys feel like you will continue to stay in this direction with dubstep?

Christian- It always calls to us. One amazing thing about the EDM scene is you can experiment and explore so many areas. From an artistic standpoint, it is extremely satisfying to express yourself in all these kinds of ways and using all these kinds of styles. It really promotes creativity. But with that said, I know we always get drawn and pulled back to that melodic dubstep/bass area.

Leighton- It is what speaks to us the most. We were growing with the scene as well. Like we started with dubstep but then big room and deep house became the thing and then melodic dubstep made a comeback. Throughout the years of Adventure Club, we’ve always had this one unique sound that we tried to stick to however, that doesn’t necessarily mean that we don’t want to experiment with other sounds.

What can your fans look forward to in the next couple months/year?

Christian- We have been pushing pretty hard in that superhero direction for future projects. We’ve been getting called back to the roots a bit. It’s amazing that we can organically get pulled back into that original sound and our fans are with us over the course of our journey of Adventure Club. The fact that we can return to our roots holding that spark still, I think that’s important.

So last question, who is each of your favorite superhero?

Christian: Oh boy! Here it is (laughs) My big guy when I was a kid, Iron Man. My brother always had the comic books, and I always loved reading them.

Listen To Bonus Remix of Undercover from Kehlani by Adventure Club: