‘Better’ marks the next chapter of what promises to be a fruitful collection of collaborations between Stravy and daisy maize. This song is about looking forward to better days, and inspiring you to keep striving to make every day a better day than the last. A groovy deep club house cut, ‘Better’ is complemented by daisy maize’s vocals and poetic lyrical writing style.

The groovy bassline and inspiring vocals makes for a vibey yet highly danceable house record. The independent release surfaces as a thatDROP premiere. 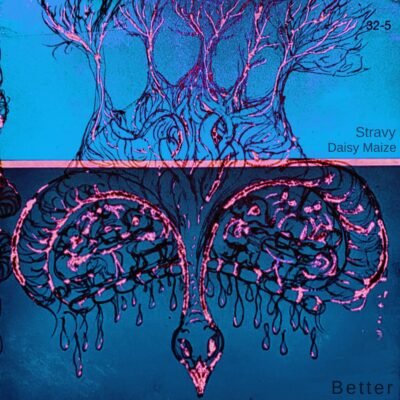 Stravy commented: “This track started with daisy’s single ‘better than this spaghetti’ which just dropped last month and it is a beautiful record. I love that she makes all these artworks and wicked visualizers for our music as it makes each single that much more special and unique. The writing style daisy has is perfect for my taste and it inspired me to put my own spin on what she originally produced.

Her debut single ‘save me’ has over 50k plays on Spotify. Working on that record I got inspired to make ‘no rewind’ which is the first single off the EP coming later this year from me. The pitch of her voice and the style of singing is exactly what I enjoy about deep bass house music when I started making it 10 years ago.. I can’t really explain it. It comes natural to me. This certain european house energy record is a worthy addition to any house playlist, or USB if you’re a DJ.”

The first track Stravy and daisy maize released together (as Plumpy [Mad Decent] and daisy maize) was ‘save me’ on April 22nd, 2020, which has received 50k+ plays across streaming platforms. Later on they released their debut EP, ‘Hope’ via Plump Records. 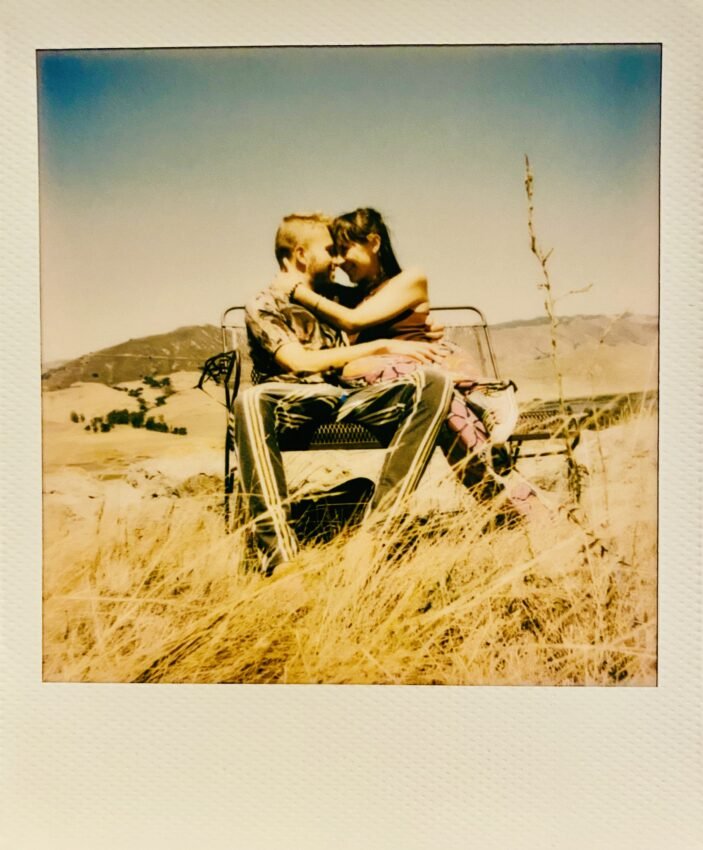 Stravy has spent most of his time in Chicago during his early years while daisy was studying at Lyme Academy College of Fine Arts in Old Lyme, Connecticut. As a solo artist, Stravy has remixed for X Ambassadors, Baby E, Grayson Chance, TyDi, and The Arkells just to name a few, as well as released on a number of labels including Young Money, Interscope, Armada, Trap Nation, and more.

Straddling between witch house and experimental electronic records, daisy maize has released a total of 10 records since her debut of ‘save me’ and has premiered few others on ‘Emerging Artists Hour’ – Soundcloud Radio on Dash radio. To hear more of the Ableton and chill couple’s story, we got the exclusive interview.

How did you and daisy maize first meet? Any fun stories together?

We first met in LA four years ago right before Daisy moved back to Connecticut to get her BFA at Lyme Academy College of Fine Arts. We inspired each other to create even though we were far apart. When lock downs went into affect in early April, we decided to drive across the country together. Three thousand miles – to be together for our birthdays. Aries, ya know. We also dropped our debut EP while we were on the road.

Stravy, do you mind getting techy with some production talk? How did you build ‘Better’? What are the different layers?

This record is very bass driven while being heavily complimented by daisy’s vocals. I love the original record daisy wrote, sang and produced – “better than this spaghetti” the message was beautiful and inspiring and i just wanted to give it a electro house clip. I felt like this record was what the world needed to hear.

To nerd out a little bit.. I started a loop with daisy’s vocals and just played the bass melody on my keyboard. Got lucky with a bassline I played and then just added percussion and kicks. Side-chained the bassline with a ghost kick. This record is super simple but sometimes thats all you need when working with vocals. You need to thump, groove, melody (vocal) and drums that keep the energy going. It’s like making a sandwich. If you put too many things in it and then add 3 sauces its going to leak and just get all over your hands.. but if you just use the right amount…everything will sit where it’s supposed to.

What is the significance of the name daisy maize?

My mom was going to name me Maize because corn was my dad’s favorite food, but she saw a whole bunch of wild daisies the day that she went into labor. 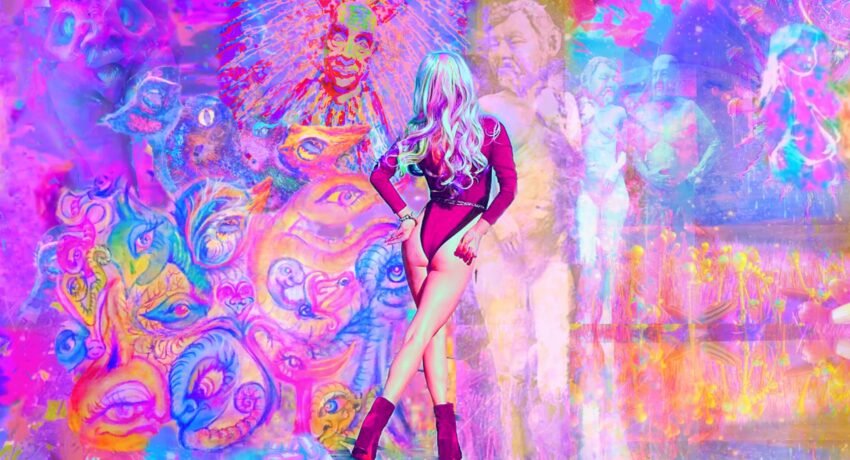 daisy maize, What influenced you to create ‘better than this spaghetti?’?

I wrote these lyrics while furiously pacing the hallways after a terrible day of college, debating whether or not I should just be another art school dropout. With these lyrics, I wanted to remind myself that a person always goes through phases in their life. As long as you put positive energy into your future, your days will get better as long as you believe it. Spaghetti is a metaphor for this crazy garfumble of a messy world that we live in, and how we just have to take it one bite at a time.

Since you are both are influenced by Kaskade, what is his best track?

‘The Diner’ with Sara Diamond is such an awesome remake of one of my all time favorites. Fun with BROHUG, Mr. Tape and Madge is also so much fun to dance around and jump on the bed to.

daisy maize, how would you describe the direction of your project?

Well first west, and then we took it north!

I just really love to create – anything from producing music, singing and songwriting, drawing, painting, sculpting, and making videos with either stop-motion or 3D animation as I love to combine my art and music into videos. I hope my creative expressions tickle your gray matter.

Stravy, you are releasing records under Plumpy and Belmont Boys, can you elaborate on the differences in each project?

Stravy has always been a project for Electro / House records since I started making music 9 years ago. Plumpy then came along as I got more into trap and beat production. Plumpy was the best way I could describe my beats. They just slapped different and that sound to me sounded plump, so I made an imaginary character of mine and went with it.

Belmont Boys has always been there. It’s me and my best friend Kevin from Chicago. We love making euro house records. Kev has a sanctuary in Chicago near Belmont station and we would cook many “belmondos” (as we like to call them) there. We just never brought the duo project to life until recently with Insomniac’s Rotate Volume 3 compilation. Timing worked out for us on that one naturally. 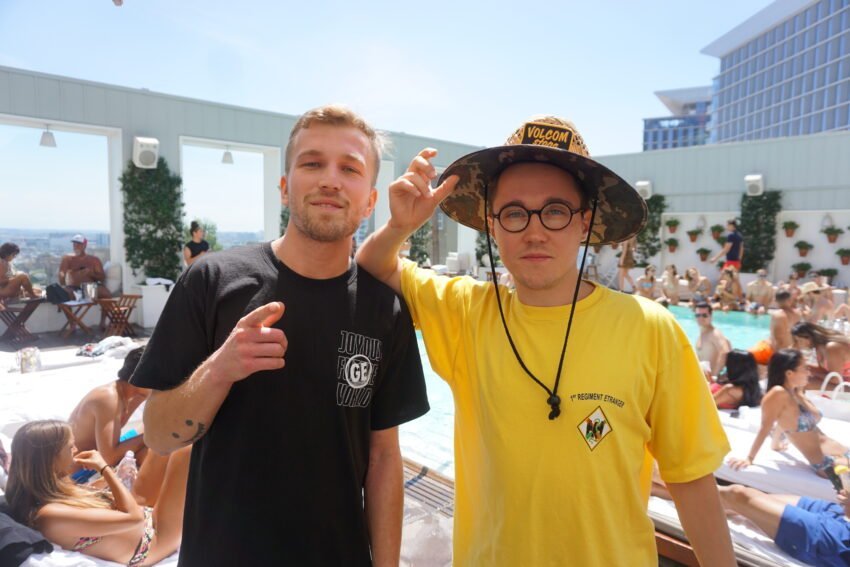 What are a few tracks you find are at the forefront of electronic music?

Nömak, Pluko, Ellzo, and Rome in Silver are on repeat for us. We also love Grimes, especially her new album.

What is a philosophy you live by?

We’re all just visitors on this planet. Make everyday better than the last, and learn something new everyday.

What is your happy place?

Being out in the nature around the beauty this world has to offer. We recently moved to Oregon, and the waterfalls here are incredibly inspiring.

What are you excited for next?

We’re excited to release our upcoming EP later this year, which will include “Better” and “no rewind”. We’re also excited for spaghetti tacos later tonight 🙂

“Confessions” is the first collab between the Danish producers Boye & Sigvardt and the Swedish singer/songwriter Hazel. For Boye…

Dez, is following the rising success of his new album, A World of Dez, with an social media-based giveaway…