Sacha Robotti continues to push forward in his busiest year yet with a second EP via his recently announced Slothacid imprint. The Kitty EP drops today and the diversity in the two tracks is another shining example of  Robotti’s creative contribution to the scene. With a gritty, techno-inspired track followed by a bouncy, energetic cut, the EP showcases Robotti’s versatility as an artist. 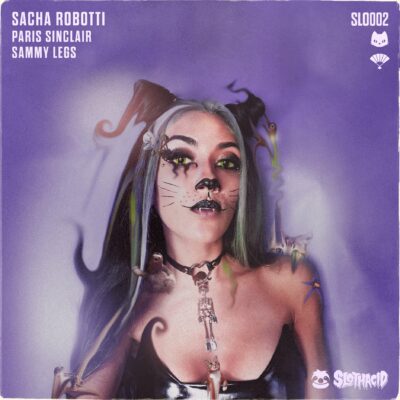 The Slothacid release kicks off with “The Kitty Track“, a song with a somber bassline and a dark vibe which sees Robotti join forces with Paris Sinclair.

Sinclair, who’s been active in the American festival fashion world for years, provides the alluring “kitty” vocals which are twisted and morphed in a way that guarantees this to be a dance floor moment that sticks with you, long after you’ve made it home.

“The idea was to lace vocals over the beat, playfully and with double-entendres. Paris did a great job improvising on the kitty theme, and her vocal performance strikes a perfect balance. Is this track about a furry animal? Is this about a female? Is this about a party substance? Have you got a ball of yarn for kitty to play with?” -Sacha Robotti

Robotti stated that he’s excited to release the wildly popular title track after playing it for a year and a half at every show of his. The Kitty Track has also received praise from Dirtybird boss himself, Claude VonStroke.

The second track, “When U Clackin,“ steers the EP in a different direction. The collaboration with Sammy Legs is an energetic and fun romp through the type of bass-led house music which helped cement Robotti’s name in the tech-house world. Effect-heavy vocals provide the track’s namesake as they weave through scattered, layered samples and melodic synths which seem influenced by some seriously classic early 00s fidget house. This track is an ironic nod to the latest “controversy” in electronic dance music and an instructional song to learn how to clack your fans right on the dance floor.

“This track started out as an ironic social comment about fan clacking at festivals with high temperatures, which caused an IMO minor upset on dance floors that has been elevated to a full-blown scandal in the Twitter and Reddit Universe. Of course we shouldn’t make fun of people who don’t like fan clacking noises, but we also know that fans with fans will most probably always exist and will most always cheerfully keep clacking. To find a compromise we wrote this track which is a manual, an attempt at trying to “educate” the crowd – tongue in cheek, obviously – to clack their fans on beat so we as DJs don’t get too distracted by out-of-beat-fan-clacking.” – Sacha Robotti

Hopefully fans with fans take note before they head to the biggest show of Robotti’s career on November 22nd in Los Angeles. Robotti is partnering with Sound Nightclub to play at a new larger location, at 1439 Ivar Ave in Hollywood. The stop is just one of 25 on his career-defining Welcome to Slothacid North American tour where the German-Italian producer is playing open-to-close at every location. 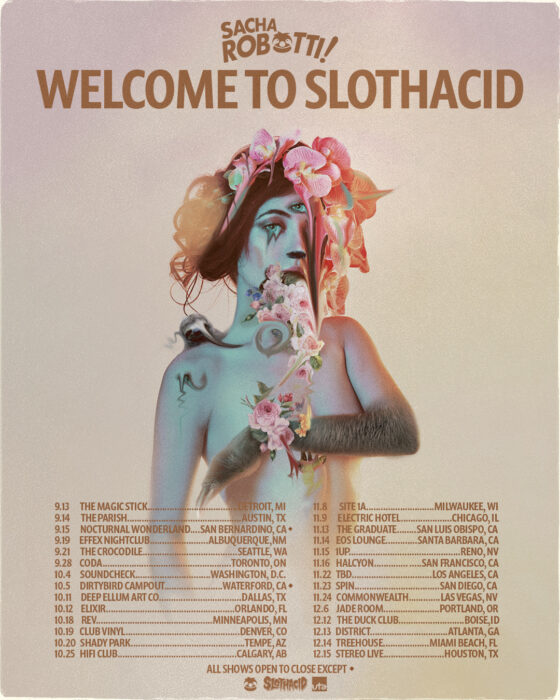 With dates selling out left and right, the tour reflects the eclectic approach that we’ve seen from the Slothacid releases so far and allows the label boss to utilize the full breadth of his record collection as he plays all night long. Expect to hear The Kitty EP in its entirety When U Clackin on a dancefloor this fall. Pick up your copy of The Kitty EP.

Interview With Wenzday At The 3rd Annual 40oz Cult Pop Up

On November 3rd thatDROP was invited to the 3rd Annual 40oz Cult Pop Up at Kingswell in Los Feliz, hosted…

The City Hearts Festival set times for this weekend in Downtown Los Angeles have just been released, revealing unbelieveable B2B…