Tomorrow the legendary Canadian DJ Sydney Blu will released her long-awaited LP Conviction. Blu has been a main-staple in the dance music community for over a decade and is easily one of our generation’s most successful femme DJs. In early 2019 she moved to Berlin in search of some inspiration for her next project. Throughout that year, she fully immersed herself in the club scene and drew inspiration for what would soon be Conviction.

Today, Sydney Blu gives us a taste of what her ear has picked up in Berlin by releasing ‘Turning Point’ as a thatDROP Premier. 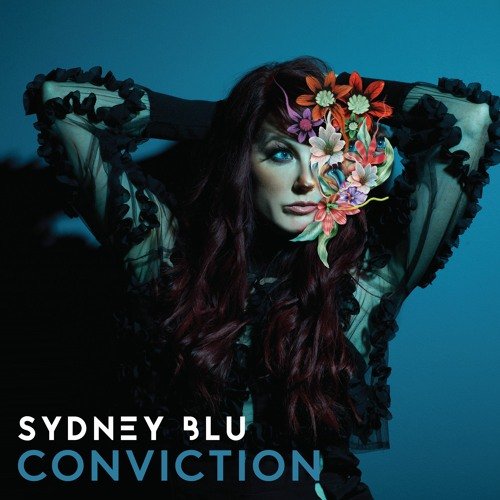 Clean tech-cuts, splashy accents, bouncy squishes, sounds that you can quite put your finger on and a dark atmosphere complement the deep groove Sydney created for “Turning Point”. Taking a more minimal approach to production this release shows maturity and grace.

She had this to say about her time in Germany:

“All the artists coming out of Berlin had such a unique sound to them, so I wanted to learn more about the culture. I moved there and instantly fell in love with the city by making an amazing group of friends who loved electronic music, and I immediately started immersing myself in the nightlife. It was such a rich, authentic culture, and the city thrived off of electronic music. I was in heaven.”

As work on the LP continued into early 2020, Sydney was headed back to Canada to prepare for her North American tour scheduled to start in March. With the pandemic hitting at the exact same time, she was forced to cancel her tour and quarantine in the small town of Thunder Bay for most of the year. During that time, she finished writing and recording the LP and created a body of work that anyone would be proud to have their name on. Sydney spoke about the LP and her experience working on it:

“From disco queen to quarantine queen, this album is a combination of the last two years of my life. I went out a lot in Berlin because I would always get inspired for the studio after a big night of dancing at Katerblau, Panorama or Sisyphos. I then, spent the pandemic hiding out in isolation finishing Conviction. Such an extreme change of life, but the one thing that stayed constant through it all has been the music.”

The Fifteen-track mix is exceptionally well done and is filled with tons of high-level features. The opening song “Monologue” feat. Fritz Helder has an electro-house feel that talks about the inner struggle so many go through when being at a party. It’s very relatable and a great first track to get you invested. The rest of the LP is equally impressive with tracks like “Conspiracy“, “Late Night Dub” and  that premiered today as well.

Explore Sydney Blu’s sets from her many magical appearances across the globe and be sure to catch her during Dirtybird‘s Women in Music this weekend.

The psychedelic dub wub kings are back and double teaming this explosive new single ‘Ease Your Mind’. This funkadelic single…

Bass music producer Torbjørn, may be best known for his work with Shadow Trix. Lately, the instrumentalist, vocalist and…