Bass music producer Torbjørn, may be best known for his work with Shadow Trix. Lately, the instrumentalist, vocalist and turntablist offered a forward-thinking set on Bend, Oregon’s acclaimed Beat Lab Radio and his ‘Seen A Ghost’ garnered proper remix treatment. Today, Torbjørn, continues constructing the bridge to connect bass music and pop music fans with his latest release, ‘Tell Me’ arriving as a thatDROP Premiere. 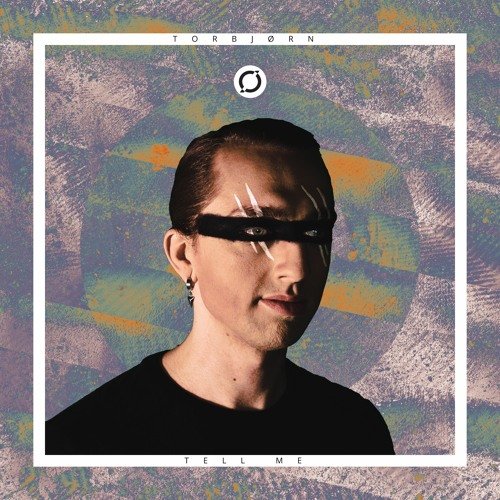 Torbjørn shares, “there are so many people that, with the right song or artist to reel them in, would go to and really enjoy a bass music / EDM festival culture. I’m hoping to be that artist that makes music that goes hard, but is also palatable enough bring in new fans.”

As Torbjørn further cements his name within the scene while running a successful live stream channel on Twitch, BeatsByTor showcasing bass music’s rising talent in his Bass of the Mondays series, we wanted to reach out to find out more of his story in an exclusive interview.

What first got you into electronic music?

What are some sets that really inspired you?

The first set that really blew my mind was Yheti. I would have never expect how receptive people would be to his uniquely weird sound design… hearing his music really opened my eyes (ears?) to how “out there” you can be, while still keeping a dance floor moving. As a big fan of hip hop and turntablism, getting to see Craze and Zeke Beats curate mixes for a bass music crowd was also really inspiring.

Have you been to The Untz Festival before?

I’m from Seattle, but California’s music scene definitely has my heart. I have played at Untz twice before, both times at the ShadowTrix music showcase. Lots of inspiring sets there too! The Librarian, Mr. Bill, TLZMN… the list goes on haha

How did you get connected with the Shadow Trix crew?

Big shouts to my childhood friend Kozmo, who blazed the trails for a lot of us up here in the Seattle area. He connected me with the label A&R a few years back when I just started making beats, and I was really fortunate to get one of my early tracks signed on one of the label’s compilation albums. That placement on their compilation lead to my first solo EP with them, and then a few festival appearances that following summer.

What other festivals have you played at?

How is the rush of being on stage? What is going through your head during your sets?

DJ sets are usually pretty chill, I just read the crowd and vibe out to my favorite songs with them. There’s moments in DJ sets when certain drop or mash-up just hits and the dance floor explodes, it’s a really good feeling to make the right choice at the right time and see the energy go through the roof. In my all-original sets though, the rush comes just before and just after I’m on stage. I’m singing, rapping, DJing, playing instruments, performing turntablism routines, and all sorts of other visual/performing arts stuff has to hit the right way at the right moment. It’s all has to be really tightly rehearsed, and I tend to hit a flow state really quickly when the set starts- so for those shows it’s more pre-show jitters, and then all the emotions from that whole performance tend to hit all at once when I step off stage.

What instruments are you playing on stage?

Right now just piano, but I’m a seasoned violinist and guitarist, which are both being worked into my next record.

Have you considered bringing a full band on stage with you?

Yeah, playing live with a band would be really fun! I think if I were to do full-band versions of my song, I would want to really switch up the vibe. Maybe like some NPR Tiny Desk style jazz-fusion versions perhaps? Though honestly the “live band itch” gets scratched with my hip hop group Grandmasters. We play live with a guitarist, drummer, and a horn player.

Our last single dropped in 2020, called “The 5.” We collaborated with 2x Grammy Award winner Wanz (who you might know from the hook on Macklemore’s “Thrift Shop”), and the song is just one big ode to being a west-coast native.

If you were to play a DJ set at Untz tomorrow. what are 5 tracks you would likely drop?

Well traditionally that festival is full of non-stop bangers, but lately my DJ selections have been on more of a vibey/sexy tip… so I’d have to say;

Ivy Lab – When I Go
tiedye ky – Don’t Do Me Like This
Machinedrum – Kane Train
TEK.LUN – Play (“Shut Up”)
Eyezic – More Than You Know

Great selection, please tell us about ‘Tell Us’.

This song is many years in the making. The first lyrics were originally written in London for my old band in 2010, and the beat was started in Puerta Villarta Mexico on vacation with my mom in 2018. I played the instrumental beat in a few festival sets that summer, but didn’t quite get the crowd response I was hoping for, so I knew something still needed to be finessed. It wasn’t until I was practicing piano in my studio last summer, when I realized that the chords I used in the beat matched my old song, and something just clicked, where I realized this old heartbreak song dealing with isolation and loneliness really fit what was happening. Feeling alone, feeling unsupported, and being willing to burn everything down to ground just to make a change. With a strong theme and a tangible emotion at hand, the last tweaks that the instrumental needed to feel whole all came to me in one studio session, and I immediately knew this song was going to be something special.

If you could beat one world record what would it be?

I’d like to break the world record for most points in a celebrity NBA game.

What is next for Torbjørn?

Next for me is opening my new recording studio, minting a bunch of NFTs, and going on vacation with my girlfriend Jaclyn for her birthday!

Tomorrow the legendary Canadian DJ Sydney Blu will released her long-awaited LP Conviction. Blu has been a main-staple…

The worldwide buzz from Germany is being felt largely because of this family right here. LifeLive Festival is going off…