In four years the California based producer Ookay has propelled himself into the forefront of the electronic dance music scene. 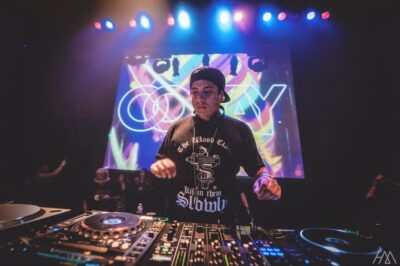 It is easy to see why the dude has been sought after for collaborations with some of the biggest artists in the industry, including Diplo and The Chainsmokers. His productions never lull, spanning multiple genres while taking you on a roller coaster of aural stimulation.

By maintaining a unique persona and throwing down some of the dirtiest trap bangers on the music festival circuit, Ookay has gained a massive following, especially through his social media channels.

With releases through Ultra Records and Dim Mak in addition to multiple top 10 charting tracks on Beatport, Ookay continues reel in fans with his high energy sets and diverse productions. The recent debut of his Ghost EP proves that that this is one producer that will be around for a while.

Check out Ookay’s Ghost EP and scoop yourself a copy by clicking here.

We met up with Ookay at Electric Daisy Carnival Orlando to discuss the release of his latest Ghost EP, his philosophy on producing, and much more.

Check out our complete Ookay interview below.

thatDROP: First time we saw you was back at EDC Las Vegas and that, admittedly, was a milestone performance for you.

Ookay: Definitely. I think that is a milestone for anyone in the game. It doesn’t get bigger.

thatDROP: Back in the day you ditched your high school prom to attend EDC and now you are performing. What did your friends or date have to say about that?

Ookay: I went by myself. I was actually supposed to meet that girl (pointing to a woman sitting on the couch) over there. That obviously didn’t happen. Doesn’t matter now though because here we are (laughs). I went there and had no idea who was playing. I didn’t care, honestly. I just wanted to experience it based on all of the good things I had heard. The power of words. That was enough for me to go. I gave it a shot and it changed my life. I wanted to become a producer. Fast forward four years later and holy shit.

thatDROP: In that moment did you ever think “I’m going to play this stage one day.”

Ookay: Never. No. I always worried about that moment and what I could at that point.

If you have your eyes too far forward in the future you start to forget about what you have to do now to get there. That’s a great long term goal to have but starting off you just need to worry about releasing singles and crafting an original sound. A lot of producers forget that and just expect to jump straight into playing EDC and the other big festivals. So many of these kids have been doing it for 8 months and are expecting to be there already. I’ve been doing it for four years. You need to pace yourself and be patient.

thatDROP: A big part of how you have become successful is your personal branding and social media strategy. So many people go on social media and it ends up being a detriment to their career. You seem to understand the world of social media very well. What goes through your head when you are interacting and engaging with your fans.

Ookay: It just comes down to being genuine. I never had Facebook or Twitter back in the day so it came down to interacting with people. Everyone wants to know about your personal life and what you’re up to. Just by sharing that with them gives them hope and insight. By sharing that I’m at home just playing Playstation someone might be like “Oh! Okay! He just does normal shit too.”

It’s important to interact with fans and show people that I’m just another guy. I’m naturally just a funny guy. I go on Twitter now and I have no filter and people seem to love it. I just keep doing what I do.

thatDROP: We know you have an affinity for pizza. We saw the marriage go down at EDC. How is the relationship going with your girl Pizzalaquandra?

Ookay: Ahh shit. I forgot her name. We got a divorce.

What happened was, I started going vegetarian for a bit. I was only eating veggie and she found out. I’m talking to another girl now that kind of looks like her. Tofu? Not as good though. Maybe next EDC I’ll marry her.

thatDROP: What was the moment you realized you could make this a career?

Ookay: The moment I was like “Shit! I need to quit school, quit my job, and go on tour?” That was definitely Borgore. That was my first offer.

I can always go back to school. I can always get another job. This is the only shot I will have to do this and it got me here. It’s worked out so far but it’s dicey. It’s always the “What If?” factor. What if I don’t do this. What if I didn’t make it to this point? Would I be not as happy with what I’m doing?

I don’t mean that like being the DJ is the top job ever. If you want to be a cook or chef, go do it. People are just so focused on pleasing other people that forget about pleasing themselves and lose track. That’s kind of where I was. I was in school and my parents were paying for it. I gave all of that up to do my dream and it was definitely a sacrifice. Above all else, I’m just happy to be here and be doing this.

thatDROP: Speaking of your parents, the first show you took them to was that EDC show right?

Ookay: Actually it was Escape. But the first one I needed them to be at was EDC and they drove all the way out there themselves. That’s why I do it. I’ve been able to send them on vacation and help them out. I love doing it. 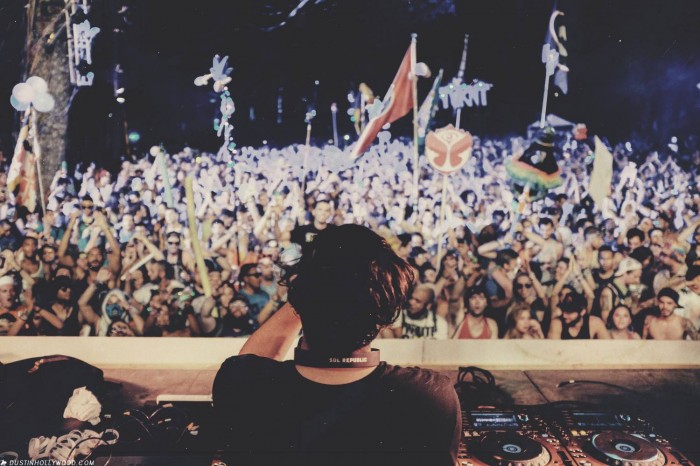 thatDROP: So many DJs talk about kicking it with the homies. How awesome is continually getting to make music with your friends?

Ookay: That’s actually what we are going to be doing in January. Bunch of us are coming together for a bus tour. Me, Riggi Piros, Jauz… It’s going to be awesome. Kicking it with the dudes and getting to be with people that are in the same position I was in about a year and a half ago, doing what I did. It’s cool to see the next generation of Buygore coming up under Borgore’s wing. It’s my first bus tour so I’m really looking forward to being with those dudes 24/7.

thatDROP: Another guy you seem to be with a lot is Kennedy Jones. We see you guys throwing down all kinds of sets together. What led to that relationship

Ookay: He was actually one of the guys that helped introduce me to Borgore. He said “Hey I’m already working with Borgore, I think you should be part of the team.” He was one of the first people to have believed in me and I am very grateful for that and I will be thankful forever. He’s one of my best friends, we have great chemistry, and I love performing with him.

He’s actually been out touring so we just got together today and were like “Hey! What do you want to play tonight?”

thatDROP: You’ve also done some work under Leisure and other aliases. With as much as you and Kennedy Jones work together, is there any chance of you two re-branding under another moniker?

Ookay: I think that will definitely happen. I do a lot of stuff that is already like that on the EP. I just wanted to try new things and mesh genres together; that Ookay can be whatever I want it to be. There’s a deep house song, a trap song, a more ambient song. The new EP is just a bunch of different shit. I just wanted to show people that I’m not just a trap producer. I’m a music producer. That’s kind of the whole point of the EP.

thatDROP: Speaking of the Ghost EP, it’s just about to drop in a couple days. How has the reception been as you tease the crowds leading up to it?

Ookay: Even during my sets I have people hitting me up on Twitter asking me to send them the EP. The whole reaction from producers to fans has been so positive. It definitely makes me feel good that I am able to try new things and gain support from not only the fans but other people in the industry.

thatDROP: With as much as you have progressed in such a short amount of time, what are some other short term and long term goals you have?

Ookay: Right now I’m writing music, not just making bootlegs and working off of other tracks. I want to write lyrics, direct music videos, and do everything myself. I’ve made my own logo. I’ve made most of the artwork for all of my release. Anything that has to do with the marketing part of Ookay has really been me. I have a small crew that helps but that’s the coolest part.  I have the artistic vision and direction of what Ookay should be. I went to graphic design school and I know web development so I’m lucky I am able to do all of that myself.

Long term is make, maybe, pop hits, soundtracks for movies, and who knows. Hip-hop, pop, rock music. I want to see how far I can take this and make an empire. I would hate to be boxed in with dance music. I want to unleash and do whatever I want. But it is all coming in due time. Just for fans to be patient and see what’s coming out. I know as much as you guys do about where I’m going next.

Wherever the journey takes him, we are excited to see where Ookay goes with the amount of talent and ambition that he has.

To keep up with Ookay’s filthy productions, tour schedule, and more, be sure to connect on social media. 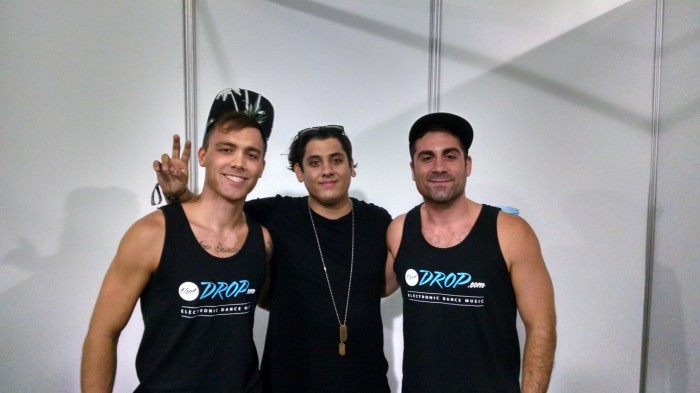 On November 20, 2014, Martin Garrix took to Twitter with news of the long awaited “secret location” for his New…

Zimmer has gained quite a following with his quality productions over the last few years. With a style mixing elements…