Frankyeffe‘s Riot Recordings is quickly on the rise thanks to the explosive combination of the Italian techno love and their new Rave The Planet supporter series. Under a new name, Rave The Planet, the Berlin Love Parade tradition continues through quarantine and with ample energy to erupt in 2022. 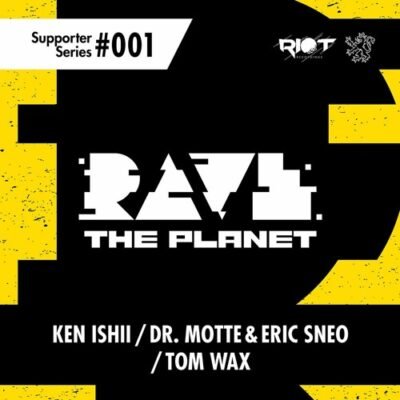 What an onslaught this first series is as it showcases a mammoth sound, in true RIOT form. “Yeah, yeah that’s why we are here!” Except more like this and beyond as Frankyeffe and his family continue to produce intricate and forward-thinking releases in support of Rave The Planet until the parade returns to the streets of Berlin.

‘We Are Here’ Music Video

1. To protect, promote and develop the culture of electronic dance music in all its forms. And to develop it further. To promote its own as well as other charitable projects in the long term.

2. To classify the culture of electronic dance music as an Immaterial Cultural Heritage under the UNESCO.

3. To establish an official celebration of electronic dance music culture, with an annual event: A new parade, in the spirit of the Berlin Loveparade, based on its original values, progressively designed for the 21st century.

The “Rave The Planet parade” has now been postponed to 09 July 2022. And also the dates for the following years are secured and registered with the authorities. Hopefully nothing will stand in the way of a united and healthy “We are one family” spirit.

As we wait for what Frankyeffe presents for his pivotal Riot Recordings supporter series, his 2021 consist of a deep and splashy ‘Root’ via Berlin’s Second State and his rave igniter, ‘Convert’ on Treviso, Italy’s, JAM.