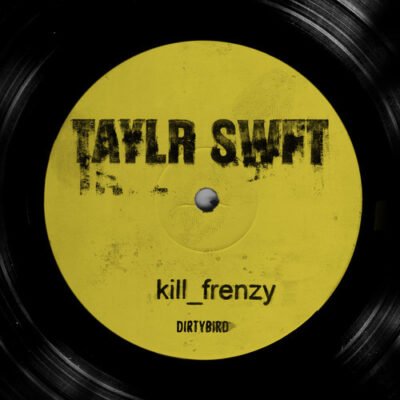 Contrary to what you may think, the best Taylor Swift album released this week was not the pop star’s now-platinum new record.

In our humble opinion, that honor belongs to Dirtybird Records rising all-star Kill Frenzy’s debut album, Taylr Swft. If you enjoy the deeper side of house, this album is right up your alley.

With a good mix of tech house, deep house, and techno tracks, there is something for everyone who likes the bass line to do the talking. We’re not exaggerating when we say that every track on this album is a worthy single in its own right.

Dirtybird bossman and world-renown producer/DJ Claude VonStroke has said that,

At one point I was playing seven tracks from the album in the same set, it was almost embarrassing. I’m very fickle about choosing what I play and this album is amazing.

We can’t really pick one favorite from the record but if we had a gun to our head we’d go with the pounding “Gorilla” with its excellent sampling of Pharoahe Monch’s classic “Simon Says” and the deep, catchy vocal samples of “So Fine.” Nonetheless you cannot go wrong with any other track here.

You can stream Kill Frenzy’s stellar debut album below in full.

Also be sure to pick up it on Beatport now, or iTunes and/or vinyl on November 18th.

California-based dance music maven who doesn't discriminate by genre. When not telling you about the newest killer track he can be found playing ukulele and making sarcastic quips about anything and everything.