All
By Cody Guynn

January 15, 2016 was a big day for the Dim Mak record label as one of their superstar artists Keys N Krates released their highly anticipated 6-track EP “Midnite Mass“. 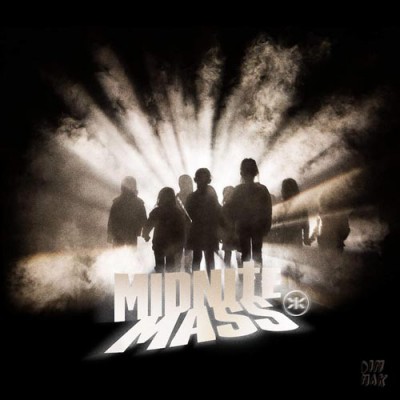 Made up of David Matisse (Keyboardist), Jr Flo (Turntablist), and Adam Tune (Drummer) this group is known for their hip-hop based drum sounds with fused electronic chords to create a live performance that will have the audience dancing throughout the entire performance.

“Midnite Mass” features six tracks including summer festival hit “Save Me ft. Katy B” as well as “Nothing But Space ft. Aqui.” Keys N Krates held an exclusive EP release/stream unto the world via the FADER on January 12th just a few days before dropping it the public.

The EP has already illustrated its impact, with two tracks that having already surpassed 1-million plays each on SoundCloud.

The FADER had the opportunity to chat with the guys via email more about the direction they decided to take with the EPL:

We wanted to make music that feels good at home but also slaps in the club or at festivals. It needed to feel like a small body of work that is both emotional and epic while banging out at the same time. Emotional and epic is a perfection description of the 6-track offering. “The process was basically us creating our own samples by co-writing bits with vocalists that we would then fuck with and make these tunes around. Every song had to have grimy sample textures whether it was a distorted string lead, lo-fi drum sounds or morphed vocals, because after all, we think of all our beats as rap shit in the end. The shit also had to be catchy and poppy.

Alongside the release of “Midnite Mass”, Keys N Krates announced a North American tour that will bring the sounds of the EP to life.

The Midnite Madness Tour also features a brand new routine that will bring the studio work to your eardrums a couple of feet in front of you. Watch the official music video for “Save Me feat. Katy B” above, download “Midnite Mass”, and get ready to embark on the Midnite Madness Tour with Keys N Krates, Stooki Sound, Metro Boomin, and Jesse Slayter.

Dutch producer Bolier began to emerge in 2014 with his catchy, melodic tracks that possess the ability to lift up…

Nine Lives have just made their presence known on the electronic music industry’s radar. Coming in with a huge…