Gary Clark, AKA Ghasper, the Las Vegas DJ, is the self-proclaimed “gluten-free DJ” who has been busy behind the boards finely crafting new music for a year straight now, culminating in his new single and full-length EP, Mima.

With releases of his melodic and eclectic new single “Satellite” and his Mima EP, Ghasper show us a pleasant way to make unheard sounds. 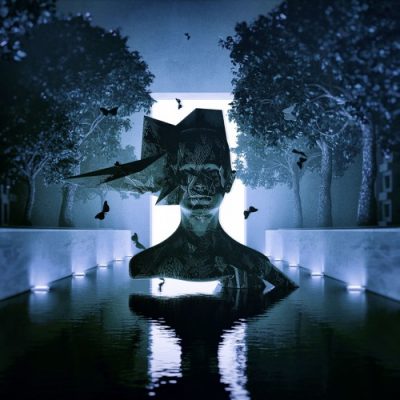 While you may peg him for your typical house-DJ at first glance, a quick listen to his new single and EP. will destroy your precognition. “Satellite” leads the charge of Mima with full-force as Ghasper introduces us to techno-inspired 8-bit sounds, flowing with breakbeat and drum and bass. Clocking in at 4:39, Ghasper surprisingly lets this single go a little longer than most would, allowing listeners to be swept away by this symphony of digital sounds.

Once the listener reaches “Forgive Me”, progressive synths are quickly chopped-n-screwed with a mangled vocal and hip-hop beat. With the second track, the Mima EP calms down a bit in what could closely be described as a post-modern ballad.

Once “Lonely Tuesday” hits, it becomes evident that Ghasper is truly at home making refreshing and powerful jams oozing with a balance of aggressiveness and strange subtlety.

Through “Floating” and “Mima”, Ghasper continues to toy with progressive synths and cool hip-hop beats to keep the vibes tight in the middle of the EP. When “Pipa” emerges, the listener is brought down a psychedelic journey with an undeniably joyful drop, later leading into the darker “Brazil”. The story of Mima is brought to its close with his “Luvn U”, as he floats haunting organic sounds surrounding a mix of skewed vocals and techno.

While it may be the end of the EP, it looks like Ghasper was generous enough to donate six more tracks, which ends up bringing the extended play to 14-tracks. Now you can really fall into the flow he creates for awhile. Add “Satellite” to your music collection by clicking here and Mima & Bonus Tracks here.

Logan Lowrey-Rasmussen is a passionate writer and journalist from the Arizona desert. Although he began his work at a sports publication, Logan quickly found he could foster his love of electronic music by ramming headfirst into the industry by writing for multiple "EDM" related blogs. Aside from fostering his love of electronic music through writing, Logan is a former history major who loves absorbing information like a sponge and hopes to make readers love the subjects he writes about just as much as he does. Logan's work can be found at loganjlr.wordpress.com, where he currently writes for multiple publications across different genres.