The San Francisco rave scene is a beautiful explosion of sound, color, love and lights that dates back into the early 90’s. Instigators like the Skills crew hosted prominent events with the likes of Tiesto at venues like the Cow Palace and Bill Graham, while underground raves would manifest in Oakland and The Golden City.

Rising house and techno Producer, Freddie Fiers recalls fondly, “As a teenager in high school I would seek out these underground raves, some locations I had no idea where I was at! I’d park in a lot and get shuttled to and from the location or would even have to go on a scavenger hunt to find the warehouse. We still have underground rave parties, but more so in the form of after hours”

sharing, “I’d attend a weekly event that started in my hometown Berkeley called EPR (Electro POP Rocks) that I went to religiously every Wednesday night and even DJ’d there a few times before it transitioned into San Francisco.

During that time my habits of going to these underground raves shifted into me DJing at nightclubs, festivals and after hours around San Francisco and Oakland. I even hosted / co-hosted a few of these events and after hours.

With all the great night clubs and different crews in the Bay Area it really shows the melting pot of cultures and scenes, giving variety to the community of dance music enthusiasts and ravers. Venues like Temple SF, Public Works and The Midway offer more than just your typical night club experience, they also host some of the biggest block parties and festivals with multiple stages of sound and interactive art installations to enjoy. Midway are the ones who throw Fresh Start.” 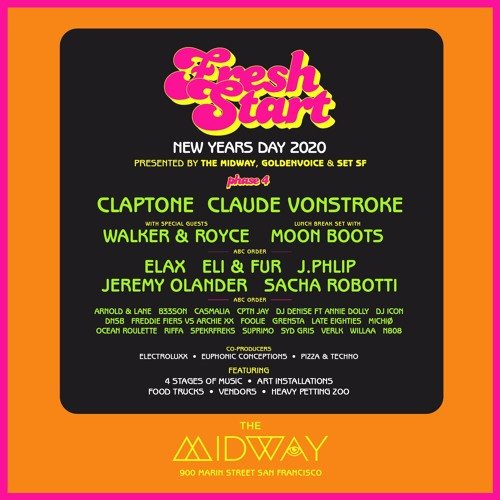 Freddie Fiers landed a slot of the Fresh Start 2020 bill, she offered a great selection and delivery, take a listen as Freddie shares more about Fresh Start…

“The set from Fresh Start 2020 was mixed together with a friend of mine ArchieXX, and is totally separate from what I’m doing as Freddie Fiers. How I got involved with that event is through a camp from Burning Man called the Heavy Petting Zoo. They host an art car that looks like an animal crackers cookie box, and that’s where we DJ’d. 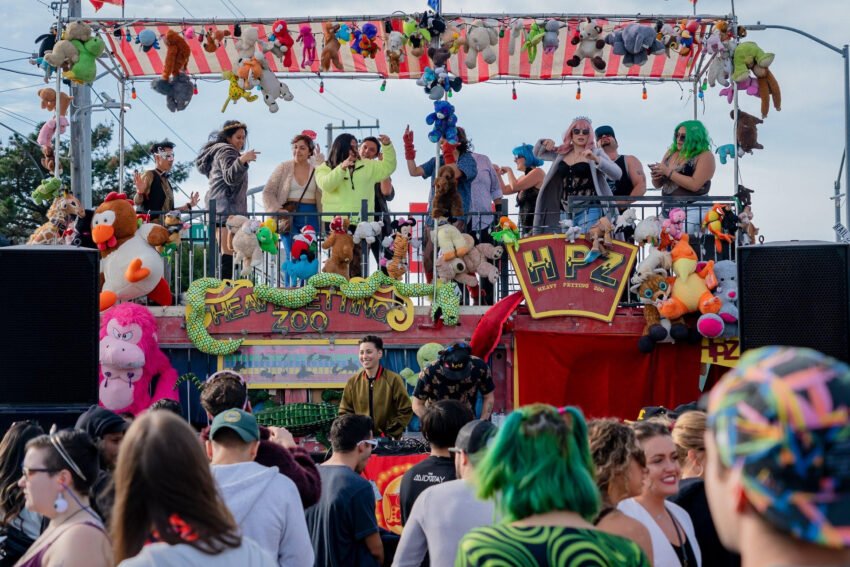 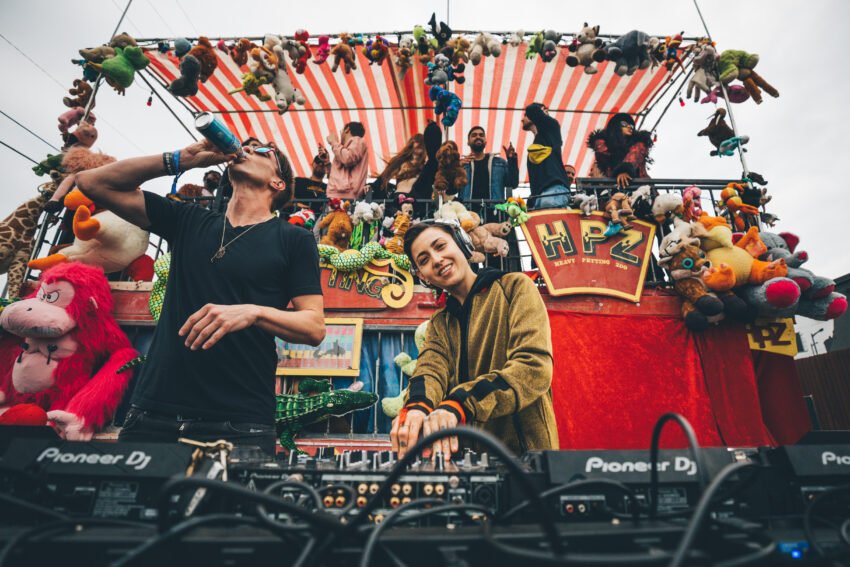 At that time of the mix the only track I revealed was ‘Since 86’, which is a remix I co-produced with a different friend of mine named Yeti Mercury (Ghost Bag Records).”

Proper house vibes by the likes of Freddie Fiers or any genre under the sun can be found any night of the week in San Francisco. With festivals like Outside Lands and an inspring underground scene that has recently given birth to artists like Kevin Knapp, Spencer Brown and our new friend Freddie Fiers, San Francisco is still a wonderland to explore, where lovely people dance ’till the sun comes up and the beats pump through brunch.

Take a listen to Freddie’s most recent creation that brings back the vibes of the good old days with rave scavenger hunts by resurrecting classic rave anthems from the 90s and early 2000s by Da Hool, Energy 52 and Three Drives.

Rave To The Grave is a 3-track EP that falls under the house and techno umbrella but branches out to trance and harnesses a style completely Freddie Fiers. The sonic exploration represents the current direction of sound within the San Francisco rave scene well by offering a head steaming good time.

After more chatting, Freddie shares all she should about San Francisco’s after hours spots…

“I was throwing parties with The BAE Krew back between 2008 and 2012 until I moved to Chicago and threw underground parties and after hours with Ghetto Division, who I’m now signed with and release regularly on their record label. When I moved back to the Bay Area after my stint in Chicago I was throwing after hours in Oakland under the name OLOW. which stood for Oakland Low because we hosted these after hours in a spot under the street in China town.

Some after hours spots I’d recommended would be notoriously the EndUp in San Francisco, it’s been one of the longest standing night clubs in SF. Some locations around SF I can’t give away, but if people want to know when and where to go, they can always give me a follow or DM me. I’ll usually sus it out and assess. ”

Where can people find you next Freddie Fiers?

“I got a phone call the other day from my Residency in SF at Beaux night club and they will soon be re-opening. They’re going to allow me to run live-streams through the club.

I am streaming with a local group called Take Me To Tequila on 6/9/2020 on their weekly stream. Take me to Tequila, they set up a renegade music camp at the Dirty Bird campouts and do a lot of events at the Halcyon nightclub.

I also just caught wind that another track of mine got signed with a record label in Chicago and will be released next Friday!”

Link up with Freddie Fiers and her friends Take me to Tequila, Ghost Bag Records, Zero Fucks and her other alias, TITS, with Katy Stone to experience the San Fran underground rave scene. You will be in good company.

The chomping at the bit can finally subside, PAX & Rui Da Silva’s highly anticipated ‘Touch Me’ is officially…