Set out to make the next electro house, club-banger, Noah Ayrton Travaglini and Mikko Mäkinen (Triple M) joined forces to create just that with, ‘Conjuration’. The project between Noah Ayrton and Triple M started with a main bass lead sound, laying a unique foundation to build this riveting, club-ready single. Noah Ayrton says,”once we achieved this unique sounding bass we decided to make the overall track more melodic throughout the breaks so that it would suit the festival and/or club atmosphere.” 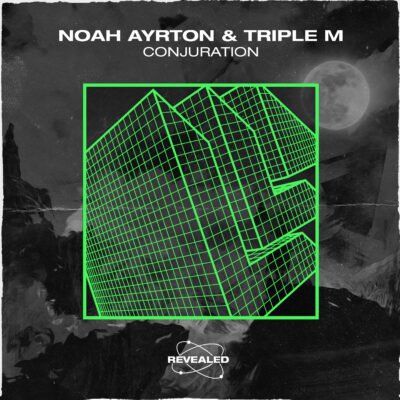 Once the record was to their liking, they reached out to one of the greats in the game to get ‘Conjuration’ released on a reputable imprint. Hardwell responded with encouraging remarks, signing the track to his label Revealed Radar.

Now ‘Conjuration’ has been played over 100,000 times across all music portals and is regularly supported by numerous top DJ’s like, Hardwell, Dimitri Vegas & Like Mike, R3HAB, Jay Hardway and still continues to get tons of support months after their debut. Pick up your copy as a free download now.

In 2020 you can expect a lot of new music, big collaborations and great performances, starting with Noah Ayrton’s much awaited single ‘Lonely’.

The San Francisco rave scene is a beautiful explosion of sound, color, love and lights that dates back into the…