All
By Millie Wright

If you’ve been lucky to catch the mighty Excision on his latest “The Paradox” tour, you may be privy to some of the cuts that make up the basis of the Canadian bass superstar’s latest release on his very own label, Rottun Records.

Having torn things up in 2015 with the original version, “Codename X” is handed over to five supremely talented producers who showcase their sounds on this brand new EP.

On deck for the collection is fellow North American dubstep star xKore, who comes with a ripper of a remix, utilizing the heavy bass and deep synth riffs of Excision’s original. Virtual Riot brings more hardcore, stadium rocking dubstep to proceedings while Miu changes the vibe and tempo slightly on their remix, offering something a little different. There are also superb sounds from Truth and Ryle & Sullivan King.

With a new album reportedly in the works, this should tide you over until then.

Out now on Rottun Records, you can get your “Codename X” remixes from here. 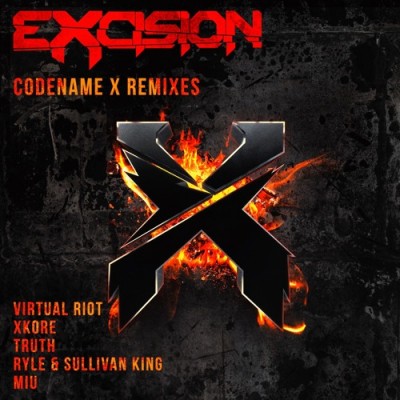 If a world-class Vegas stay, VIP treatment at the planet’s best party pools and clubs, and the biggest…

It’s always exciting when official remix EP’s come out – you never know what to expect! In particular, this…