The First Ever Dirtybird Campout Promises EDM, BBQ, and Summer Camp Shenanigans in 2015 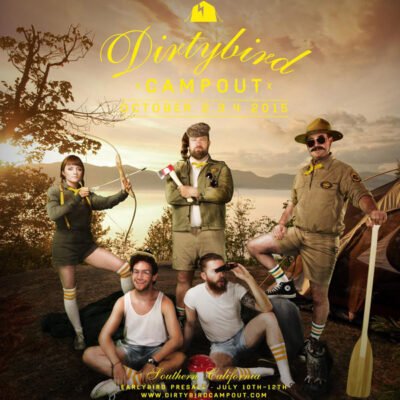 The first ever Dirtybird Campout heads to Southern California from Friday, October 2 through Sunday, October 4, 2015.

Celebrating 10 years of house music goodness in 2015, Dirtybird Records is curating their first ever music festival.

The music isn’t the only focus of Dirtybird Campout, though, as Dirtybird Records is taking things all the way down the rabbit hole to provide an epic summer camp experience.

With an incredible combination of tunes, barbecue, and summer camp games – we’d be lying if we said that we’re absolutely psyched for the first ever Dirtybird Campout.