Exclusive Interview with TroyBoi at Life is Beautiful 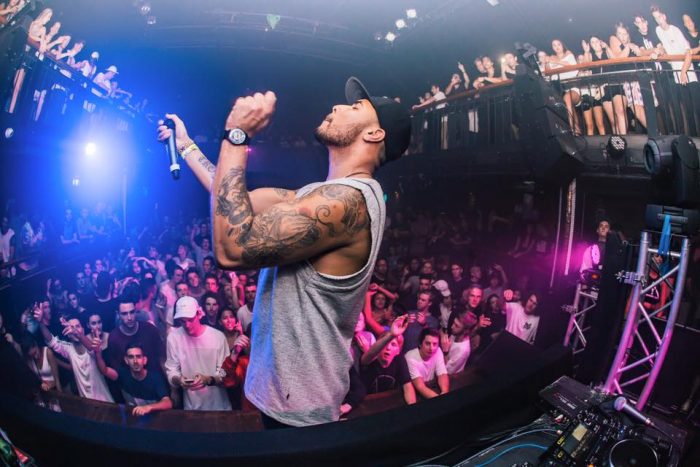 This past Sunday we got the chance to talk to the charming, and down to Earth, TroyBoi, before his unforgettable set on the third day of Life is Beautiful.

The musically eclectic, DJ and producer from south east London, discussed with us his newly released, Left is Right album.

He hyped us up for his tour, and told us a bit about what makes Troy Henry, TroyBoi.

This is Kennedy and Jacqueline from thatDROP and we are here with TroyBoi.  How are you feeling, are you excited?

After performing  in Vegas at EDC earlier this summer, do you have high expectations for Life is Beautiful?

Yeah, I mean that’s what the word on the street is, like people are expecting a show and I’m definitely going to give it to them. That’s for sure.

Awesome, looking forward to it. We actually saw you put on a killer show during EDC week at Drai’s Day Club recently, which was your ‘Left is Right’ album debut, correct?

Oh you did! Amazing, yeah it was. That was a great pool party.

It definitely was a great pool party. So, can you tell us a little bit about the whole album as well as the tour?

And show people also that it might not necessarily sound super commercial, but it can still do well. Hence ‘Left is Right’, you know what I mean? My music has always been considered to be quite left of center and I say that, well, whenever you think it’s left of center, left is right, so that’s where the whole album name came from too. 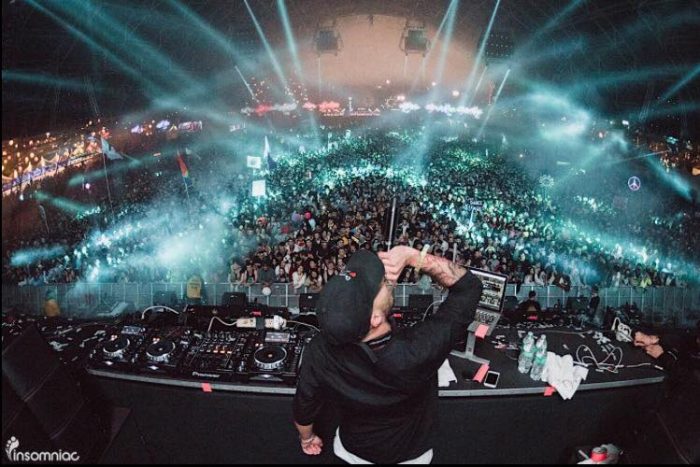 Yeah, we were going to ask about the name, we thought maybe it could be political?

Like I said its really literally about being able to create your own lane, and that you can still achieve what you want if not more by sticking to your own lane not the conventional right lane.

What’s next on your schedule after this?

So after here, I am continuing what’s next on my Left is Right tour and that’s literally going all across. I just finished the West coast, so now I’m going all across the East coast.

Well, depending on how you do tonight maybe we’ll fly back for another show…no pressure or anything!

(Laughs) Sick, well I will see you there then!

Can you tell our readers more about yourself? And what has gotten you to this point?

Well, what has gotten me to this point I guess, is the love of the music, obviously. I mean, for me when I make my music, its just, its an extension of myself. I do it because I like making music.

The first time I put out a track online it got such a heavy response, it’s like this is my duty now. You know what I mean?  Like, it’s my duty to the people to keep giving them what I want, and so that’s the reason why I’m still here.  Because people want to hear my music and I love to share my music with people. So, that will always keep me motivated.

Do you ever feel pressured to keep up with musical trends?

So how about this, do you believe in luck?

I believe that there is always a little bit of luck involved in everything, but I do believe that the individual can create their own luck. That’s how I play it, I create my own luck. I do what I need to do in order to get where I need to be, and that’s always been my mentality. With the music and in life in general.

Do you have any “good luck” rituals or “lucky items” you have with you when you perform?

Well, we love that, we love your confidence.

Well, quietly, (laughs). Only for the interview I’ll tell you, but that’s what I’m saying in my head.

At your shows we’ve noticed it that there are certain songs where everyone is really getting down. Are there any songs that you would say are essential to your set?

Yeah, a lot. Like you said, OG, and Soundclash. But you will see my essential collection of tracks which I’ll play today. I mean, each set is different but I’ve got some juicy tracks today.

Listen to ‘Soundclash’ below:

Can you tell us what your favorite track to perform is?

One of my favorites is OG, of course, just because it’s super hype. And my new B.I.A. from my new album, which I’ve been performing a lot recently, obviously, since it’s out now. Really a lot of new music from the album is my favorite right now.

We love the new track ‘Hooper’.  Actually when we heard you play it for the first time at Drai’s in Vegas we had to whip out Shazam, because we just needed to know what it was!

You needed to know (laughs). Yeah, that one I love. Sick.

We loved the addition of the dancers at your debut is that going to be part of your act on tour?

Oh, it more than is, yeah. I have dancers I have aerialists, I have gymnasts, I have just arts people. I even have an orchestra too. Because, for me, I’ve always wanted to do something a bit different, you know what I mean?  I’m a music producer first, DJ second. I can DJ but I’m always in the mentality of production and music things. So, for my Left is Right tour, where I have all my production and all that stuff, I want to bring the music to life.

It’s not so much the art of mixing, it’s about painting a picture, and being able to see the music in a different way and incorporate different types of art and performance. Because it’s not even about me, you know, it’s become something bigger, so that’s what it’s about. 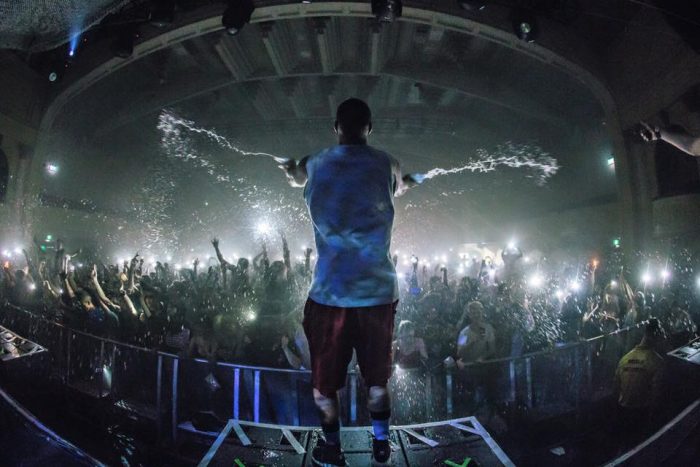 You are from London correct? How did the Manchester attack and even the Paris attack affect you as a person and how do you think that affected the music industry?

I mean, first of all, it’s absolutely disgusting. And what happened for me is when all of this stuff was happening I was actually away from London because I moved to Miami in February. So, I’ve kind of been not in my home town. But hearing all this stuff was going on, it was really kinda like nuts.

And I know a lot of people were affected and it just doesn’t run well with me and I don’t believe in any of that stuff. And in terms of it affecting the music with it, I mean, it was amazing to see so many people stand up against it, and be like no, I will not be afraid. Because it’s fear that you know is the killer of everything.

Have you been back since?

I haven’t, no, but I’m going to be back in a month. So, its actually the first time going back since everything like that has happened, so it’s pretty nuts.

Well despite the recent incidents, we hope you have an awesome time, and a nice little home coming.

Absolutely. I have a great show lined up in London as well, and yeah, we will celebrate.

Is there anything you want to tell all of your avid fans out there?

I just want to tell all of the fans that I freakin’ love all of you and thank you so much for supporting my music. It’s because of you guys that I’m here doing what I love doing, and just keep looking out for more good stuff from me. That was just one album, but I got so much new stuff in the pipeline and everything that you see from me every single year, the goal is to be bigger and better.

We cannot thank Troyboi enough for taking some time to chat with us in the midst of the action at Life is Beautiful and being such an awesome person. We will forever be grateful and we look forward for our next encounter. Overall, Troyboi– 5 Stars. Don’t miss your chance to catch him throw down along his tour, scope the stops below.