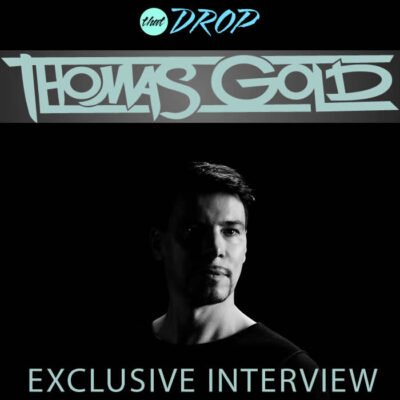 Thomas Gold has been making big waves in the dance music community since first storming onto the scene in 2006.

After releasing tracks on some of today’s top record labels (Toolroom Records, Phazing, Spinnin’ Records, and Size Records) and playing some of the biggest electronic music festivals in the world (Ultra Music Festival, Electric Daisy Carnival, Coachella, and Tomorrowland – to name a few), Gold has become a household name in EDM.

Recently, we caught up with the internationally acclaimed progressive house producer before his set at the famed STORY Nightclub in Miami Beach, Florida to ask him a few questions regarding his music, interests, touring, and more.

We sat down with Thomas Gold before his set at STORY Nightclub on Friday, June 26, 2015 to get to know a little more about the famed German producer, this is what we got: 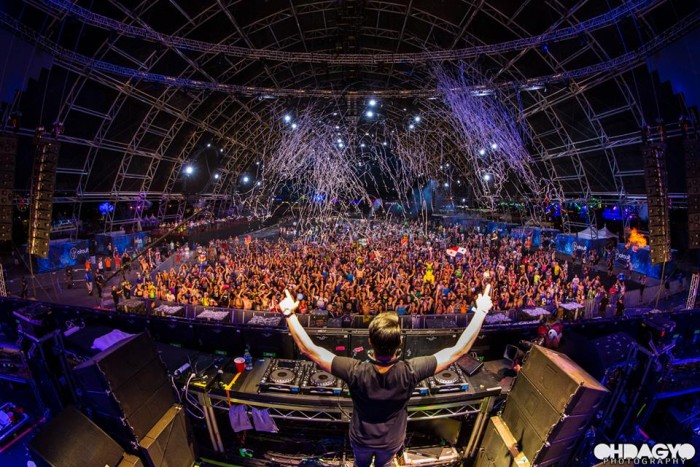 What are some of your favorite moments or experiences playing big festivals or clubs?

… Playing Tomorrowland main stage and seeing all these people and flags from all over the world. You know it’s… for me, I mean now I’m kind of used to seeing that, but still I think it’s such a great thing that everybody comes together from all over the world. Peaceful. There’s no fights and stuff, there’s no violence. Even though there’s so many people packed in a small or large space but still it’s like everybody’s so… friendly.

And that’s what I really love about this whole scene, people come together just for partying. Wherever I go in the world, like for example I played Hong Kong and Bangkok 3 weeks ago, and it’s the same vibe as it is here or in Europe or in Ibiza last week, for example. So you can really see that music connects people, and I think that that’s a great thing to realize and experience it in any place in the world. But the most exciting festivals are Tomorrowland and EDC.

I think from the people’s view or from the crowd’s view it’s kind of similar. I mean, of course people dance differently in Hong Kong than they do in America, but Europe and America and kind of similar. It depends on the venue. Some venues in Europe are more… like… old school and they don’t have production. For them it’s like, “No we don’t want to invest [in that], it’s just about the music. We want people to listen to the music and we don’t have VIP’s…”

… But on the other hand you can see in the states, now, that some clubs are stripping back and focusing more on the music than on the production, so they’re following more of what’s going on in Europe… But really it’s getting closer, everywhere in the world is approaching and getting closer to each other.

What advances in technology, both hardware and software, have had the most impact on your production and your performances over the years?

For me the most important thing is that you can now produce on a laptop. Laptops have so much power that you can actually do everything that you want with a laptop. I remember when I started making music I had my synthesizer and these small computers that weren’t capable of processing all the stuff that we wanted to. But now [in] the last 3 or 4 years you can buy a MacBook and it’s really doing all the s***.

I only have a MacBook. I used to have a desktop computer in the studio, but I got rid of that. I just have my MacBook, and I take it with me and whenever I get back to the studio I just plug in my MacBook and I run everything on the MacBook. So it’s really cool to have the flexibility to take your music wherever you want.

If you had to pick one [digital or analog], would you go analog?

Not now because I couldn’t do it. If I had a full analog studio then I couldn’t get my productions done. Then I would have to, like, maybe reduce my and shows and stuff so at the moment I’m happy to have the software version of everything. When it comes to mixing and mastering my stuff I have a bunch of analog gear and I send my stuff through that, but I need the time for that.

What’s a special talent or hobby that you have that most people wouldn’t know about?

… [Breaking Bad] is my absolute favorite series. I’ve seen it already… 3 times – the whole series. And I met the guy, Aaron Paul personally in Berlin. 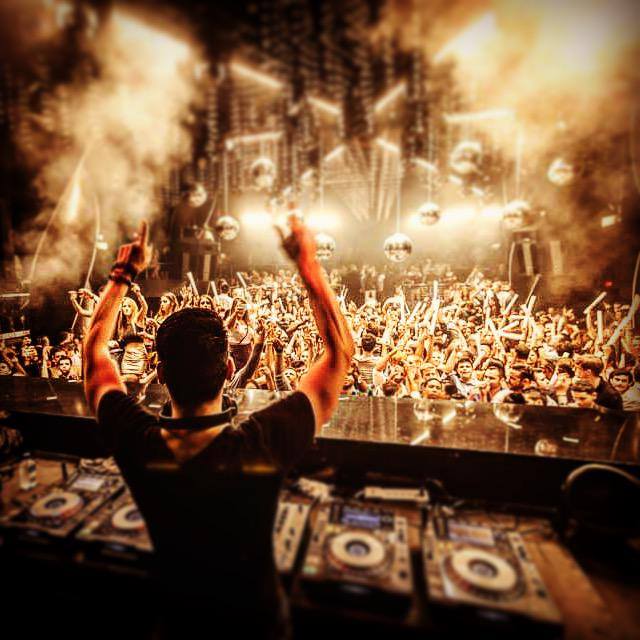 For those who aren’t familiar with STORY Nightclub, it’s one of the premier clubs and EDM spots in the electronic music mecca of Miami Beach, Florida. Created by the same minds as the celebrated LIV Nightclub in Miami Beach, STORY Nightclub makes for an unforgettable EDM experience. With 27,000 square feet of space and a state-of-the-art hybrid Infinite Hybrid Sound System, STORY is a premier club space that features the biggest names in electronic dance music night after night.

Put simply, the place is legit. With each of these artists having their pick of the littler for the venues that they play, there’s a reason they all come to STORY. It’s a dance music magnet in the South Florida EDM haven of Miami. 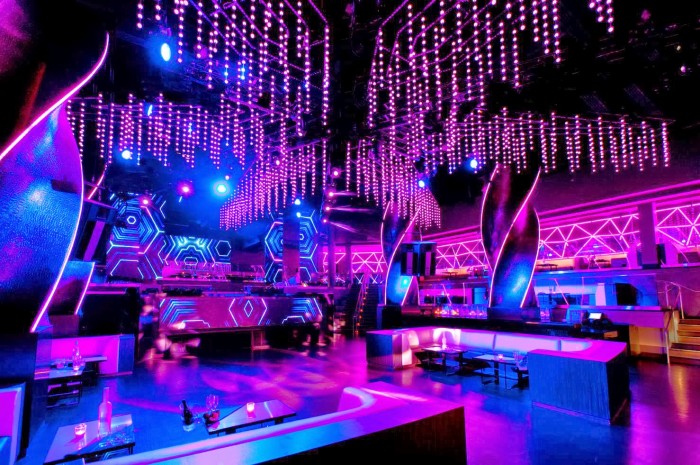 With Thomas Gold showcasing a full touring schedule and more than a few major festival appearances in 2015, you’ll have plenty of chances to see the producer in his element – on stage.

As he continues to tear down sets from Tomorrowland to ULTRA to Governer’s Island and everything in between – you’ll only hear more and more from this prolific progressive house producer.

To stay up-to-date on his newest works, check out Thomas Gold on SoundCloud and watch his recent music video for “Take Me Home” below.