What happens when two masked producers get their minds on the same piece of music? In this case, the post-apocalyptic, DVRKO, touches Marshmello’s x Wiwek’s, ‘Angklung Life’, to create a unique tribal bass house gem.

Framed around an amplified angklung, (the Indonisian orchestra instrument made of bamboo that is believed to promote social harmony, mutual respect and teamwork (PLUR), this high-octane remix drives deep with rattling pipes, chimes, bells and hard-hitting beats that give off a powerful, aggressive attitude. Tightly controlled, DVRKO finds space to create a spectacular atmosphere along his sonic assault. 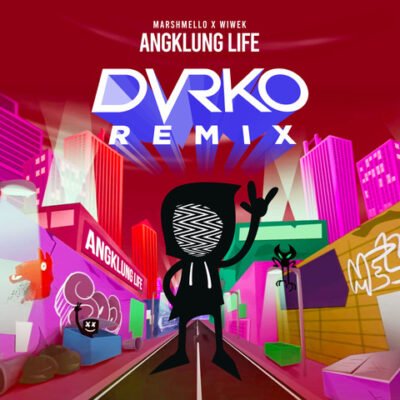 DVRKO’s remix of Marshmello and Wiwek’s, ‘Angklung Life’ is out now and available to stream via YouTube and SoundCloud.

“My message is simple: love and respect mother earth, and your mothers, your brothers and your sisters. I promise you, it won’t suck.” -DVRKO

The Los Angeles based DVRKO’s strong track record of releases started on May 11th with his viral debut single, ‘This is How’, featuring Sarah De Warren released on L1N3 Records, which soared to #36 on the Billboard Mainstream Top 40 Indicator chart as well as on the popular “Friday Cratediggers” Spotify playlist, mounting millions of plays. The steamy dancefloor track was accompanied by a music video that offers hints to solve the trending question, Who is DVRKO?

‘This is How’ called Jayceeoh, BIJOU, Tony Arzadon, ATLAST, DialedIN, San Noel, Dark Intensity, Sam Silver, Freshcobar and DJ Gozzi to add their touch. The remix pack’s combined Spotify monthly listeners clocked in at over 2.4 million. On the radio, ‘This is How’ has aired on iHeart Radio’s “Remix Top 30 Countdown,” KLUC-FM Radio Las Vegas’ “Club 985,” Dash Radio’s “Electro City” and “Insomniac Radio” channels, “The Zach Sang Show,” amongst many more.

Following his sophomore release, ‘Lights Up’, has already racked up 500,00 plays in the first month and earned remix treatment from electronic music figureheads Disco Fries, Robbie Rivera, Black Caviar and MUUS. ‘Lights Up’ is an anthemic, future bass jam built for the masses with a catchy hook that comes with a. Enjoy the lyric video and the dynamic remix package.

Between original productions, the versatile, masked musician gave us a taste of artists he is likely to mix into his debut set through a rework of Cheat Codes ft. Trippie Redd, Blackbear & Prince$$ Rosie, ‘No Service in the Hills’. You can be among the first to hear how DVRKO runs the decks through the freshly released, DVRKADE Radio weekly radio show, featuring Carnage, Diplo, JOYRYDE, Matroda and many more.

We know DVRKO has gone through dark times (a cyberpunk dystopia in the not-so-distant future), yet carries a message of ubiquitous love. Let’s hope that his cryptic presence here is a warning and if we heed to his messages we may shift humanity’s fate to a brighter future.

Whatever acts DVRKO committed during his dark upbringing has warranted a need to hide his identity while earning him prestige from the reputable artists who have remixed his work. It is safe to say, you will want to be at the DVRKO party when it first lights up.

Check back for the new single from DVRKO, “Death March,” out this week. We can’t wait to see what he conjures up for this music video! 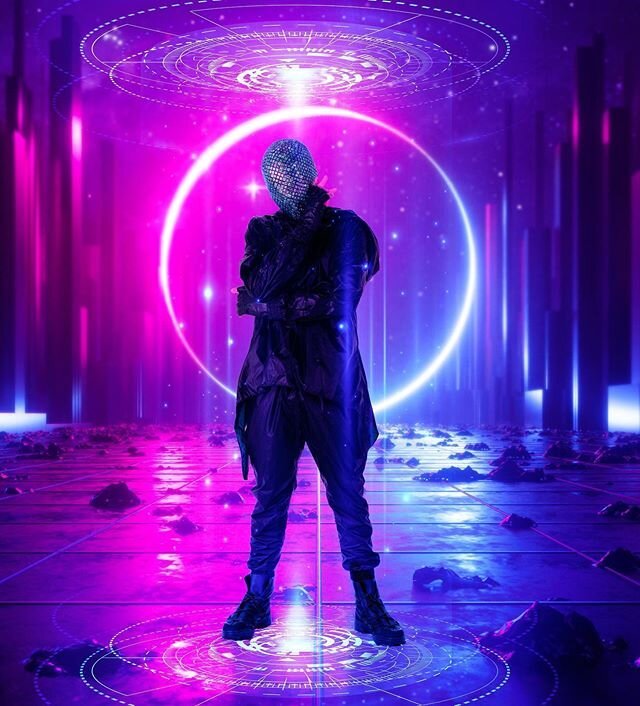