DJ & Producer Avi Sic Shares the ‘Best of Me’ (Interview)

Outstanding DJ and music producer Avi Sic shows no signs of stopping; after releasing fresh bangers like her latest track ‘Best of Me’, and masterful weekly mixes that have reached thousands of listeners all over the world with her successful radio show ‘Late Checkout’, Avi Sic continues to amaze her followers by keeping a busy live performance schedule, adding new shows for the upcoming summer festival season, as well as making time to finish and release the new music on the pipelines. 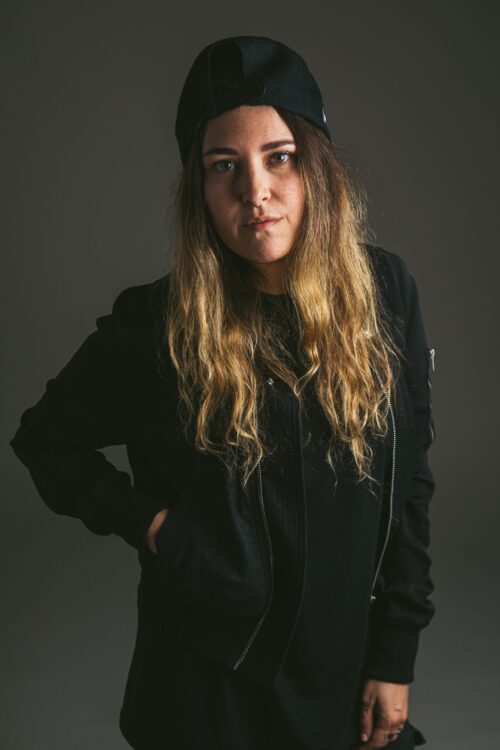 We sat down with her to ask her more about her current projects, upcoming performances, creative processes and her experience so far.

Definitely. I’ve been busy and couldn’t ask for a better year. Shows have been nonstop and I love that. I played a support show for Borgore a few weeks ago, that was definitely a highlight. The energy was unreal.

Depends on the set. I keep pretty organized in general, so I’m ready to play any kind of gig at any time. I moved away from using my computer (Serato) to sticks (Rekordbox)  this year and it’s been very freeing. I don’t plan my sets song by song ever. Sometimes for a festival, I’ll make a bunch of edits and drop those in a folder, but the way I select my tracks is very on the spot. I like to feel the energy of the crowd and be flexible to that.

Yes, lots! I’m in Vegas right now, just wrapped a three-day event and now I’m headed to Denver to play a show. This summer, I’m playing at Pride In The Park Festival where the Chainsmokers are headlining. That’s going to be a good time. Also doing a takeover of Prysm Nightclub in Chicago on July 4th. Going to bring out some of my favorite DJs to join me. I have about 25 shows a month booked this summer, so lots of stuff to look forward to.

It’s different for each song. Sometimes, I’ll hear something I like and start a song based off of that sound. Other times, I sit down and just play around with samples and chords and drums until I come up with a groove. I find inspiration in new music, old tracks, random sounds I hear during the day, could be anything really.

Currently, I’m working on a handful of collaborations as well as a remix EP of my last release ‘Best Of Me’. The EP will include four tracks from some of my favorite producers – each in a different Dance genre. I’m really excited about it. I am also in the process of creating a few new solo originals.

It’s always evolving, always growing. As far as production, my newer stuff is going to be more focused on what I would play during a DJ set. More Bass, Electronic, and Tech House inspired stuff.

Thanks! It’s basically an extension of my live sets. I have a lot of fun making the mixes. I get to showcase songs I’m into without any regard for genre, basically anything goes. I tend to play mostly high energy Electronic music but I also incorporate bass, hip hop remixes, and mashups.

I usually have a few new tunes I want to incorporate but other than that, yeah I just let it flow and write itself.

My first guest will be featured on episode 018 and then every other week or so after that. I’m stoked on the lineup. I’m kicking it off with three amazing DJ’s that I have a lot of respect for – Trentino, Spryte, and Konflikt. These guys are the A team as far as the open format club scene. I’m also going to bring on some producers later on in the summer that are making waves. I plan to keep the momentum of talent strong.

I’d say less is more as far as production goes. Really dialing in on simple specific sounds to create something massive. Leaving room for the song to breathe and express itself. For live performances it can be the same thing. Also, reading the crowd is important, but I always stay true to myself and play the stuff I want to play, songs I would like to hear as if I was a listener at my own shows.