From Outlaw to Hero: How Disco Donnie Estopinal Influenced The EDM Movement [Interview] 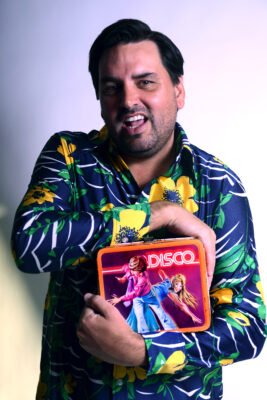 As electronic dance music continues to expand beyond its estimated $6.2 billion economic impact in 2014, Donnie Estopinal is at the forefront of events.

With hundreds of events and multiple music festivals taking shape, the man known as Disco Donnie continues to increase his reach beyond his Southeastern U.S. roots.

One of the only promoters consistently throwing events during the 90’s, the rave mogul planted the seeds of EDM during the beginning of dance music culture in the Southern United States which now serves as a hotbed for international events. During a time when the Internet was not yet a handy resource and before the EDM acronym was labeled and shipped out en masse, thousands were congregating for Disco Donnie curated events.

While being recognized as one of the most influential people in electronic dance music may seem like a dream scenario, becoming an authoritative figurehead was an arduous process laced with tribulations.

Though dance music has implanted itself into mainstream culture, not long ago the rave scene was highly villainized.

Before tens of thousands of dancers congregated in professional stadiums, the dance music scene was relegated to illegal warehouse raves. Held as secret parties, information was only accessible through confidential phone lines that redirected to answering machines providing location details.

For a generation whose social opportunities are aggregated through social media and provided at our fingertips, this is difficult to fathom. These days we can’t turn on the television without hearing EDM in a car commercial or seeing major artists endorsing brands. With the economic opportunities present throughout dance music, mainstream influencers and global brands are looking to tie themselves to our culture that exhibits desirable consumer trends.

It wasn’t until 1995 that the scene began to expand from the underground.

Donnie’s 1996 event Zulu 2 drew more than 1,000 attendees as Rabbit in the Moon conducted performance art during a live set.

Everyone in the venue hadn’t seen anything like that before. There was no Internet and there was no way for them to know what the show was going to be like. Every single person was just blown away.

These were the events that federal law and drug enforcement officials stigmatized and pursued. As the 20th century came to a close, dance music culture was on life support. Legislation focused on preventing congregation – the Crack House law & RAVE Act – dealt a sizable blow to the community during the worst global recession since World War II.

Despite an unwavering commitment to his calling, Donnie admits there was a point during the mid 2000’s where he began to question his investments. With a young child and another on the way, he knew his events would not survive if he continued to leak cash.

There were definitely times when my wife was telling me I needed to pursue a real job. I just knew I was in too deep so my response to her was ‘I do have a real job. What else am I going to do?’

EDM entrepreneurs like Disco Donnie became masters of living in the moment.

Another event was never promised and future endeavors were entirely reliant on whether enough tickets were sold to the current show. It was no secret that the threat of collapse was only one show away.

Despite the inherent risk of supporting dance music culture though the deck was stacked against him, persistence and dedication were never sacrificed. It was only a matter of time before Disco Donnie knew what he was doing would turn into something huge.

The first time Electric Daisy Carnival was held in The Coliseum (2008), I could see that the scene was really coming back. I knew it was going to take some time but Los Angeles and New York were always the driving forces of the scene. If one of them got big it was only a matter of time.

Having lit the fuse of the electronic dance music movement, Electric Daisy Carnival marked the U.S. arrival to the international dance music scene. Though dozens of EDM festivals continue to emerge, hoping to latch on the the lucrative trend, it is those who have endured the hardships and truly understand the space that are successfully catering to EDM enthusiasts. 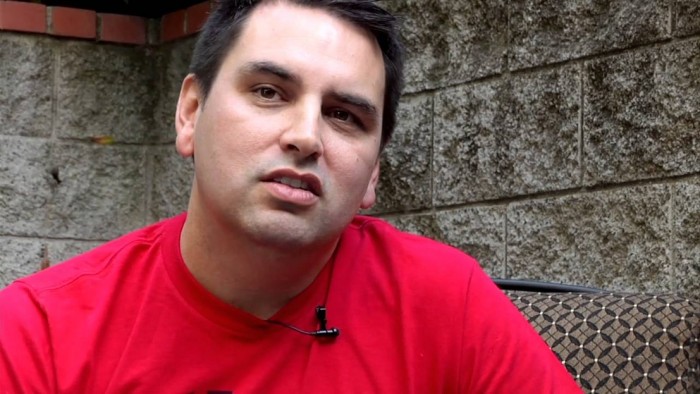 Disco Donnie is widely recognized as one of the most influential people in electronic dance music.

Anyone is capable of throwing money at a venue, booking artists, and saying “Here ya go!” but this sentiment continues to differentiate the ‘one-and-dones’ from the real players. Attention to detail is paramount in providing fans with an unparalleled EDM experience. For Donnie, his goals are simple:

I just hope the fans are happy and that they know a lot of work and time went into this. We really care about them as fans and what kind of time they have at these shows. We take feedback very seriously and, with every show, we continue to get better and better.

Sincerity such as this allows companies like Disco Donnie Presents to continue to evolve beyond their inaugural events, withstanding the test of time.

What is not widely realized is that even the largest events have to be prepared for a first year loss. For someone whose wife once implored him to seek a new job, Donnie knows his experience will meet risk with reward.

Doing a first year festival is always a big risk, especially starting a new brand, says Donnie. You have to balance a ton of things. There needs to be a low ticket price but you also have to put on a good show.You have to go into it knowing you’re going to take a loss in year one.

This confidence has witnessed his events successfully expand across international borders while selling over one million tickets.

These days there are multiple Disco Donnie events going on across the United States at any given time in addition to the international expansion of brands like Electric Zoo. Last year saw nearly 100,000 attendees between the Ultimate Music Experience in Texas and Day After Festival in Panama City. 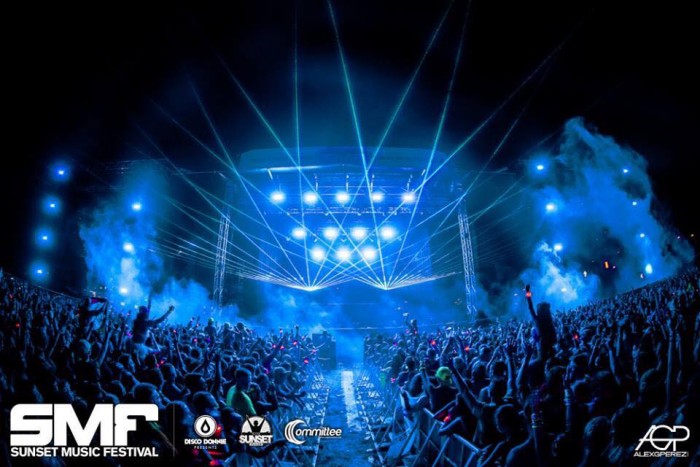 We have some other options in South America we are looking at. It’s a real growth market at the moment and I really enjoy the culture and people. That’s where we are pointed right now.

While extensive knowledge of the scene benefited Donnie in reestablishing his global brand, it was a partnership with global EDM conglomerate SFX Entertainment that provided the resources to supplement his dance music and event production acumen.

But every idea has to start somewhere and the international influx of cash could easily be attributed to the rave connoisseur. 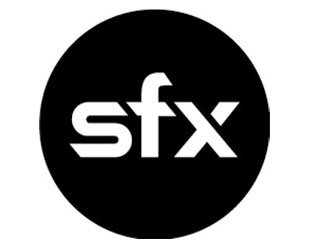 After constructing a presentation and continuing his signature hustle, Donnie landed on the doorstep of EDM mogul and SFX Entertainment CEO Robert F. X. Sillerman.

I met up with Bob (Sillerman) and he said he was working on something, recounts Donnie. It wasn’t in dance music but he liked what were doing and believed in it. After a couple of days going back and forth we pieced everything together. I asked him when I would start and he said ‘right now.’

Donnie admits that, at the time, SFX was not even considering migrating into a music festival space that now influences cultural trends on a global level.

He (Sillerman) had done it before in the rock industry and brought all these independent people together. He had never even heard of EDM but, as we explained it to him, he became interested and pulled it all together. I came in on the ground floor and was there from Day 1. I played a role in bringing on a majority of the companies.

Considering the reach of SFX Entertainment, it is nearly unfathomable that they were not even considering that specific direction before a specific series of events led Disco Donnie to their New York office.

For someone who is already recognized for their tenacity and flawlessly executed events, the legend of Disco Donnie is perpetuated by his role in catalyzing a global movement.

He realizes the mutual benefit of partnering with SFX.

It’s been very beneficial to work with the people at ID&T. I get to hear different perspectives of people that have been doing this a long time. There’s a lot of magic that happens in those meetings.

This magic has initiated conversations that have led to acquisitions of Tomorrowland, Stereosonic, Life In Color, Beatport, major nightclubs, and numerous dance music focused organizations.

Despite this level of influence, Donnie remains humble in his reflections.

It feels good to help people that have been going forever and working so hard to secure their future. To get that reward at the end felt really, really good.

EDM has helped categorize the broad spectrum of dance music, providing a marketable term that the population can gravitate toward, but Donnie remains indifferent to semantics.

I know people don’t like to use the term but I come from a time when people didn’t call it anything. As long as it isn’t something derogatory and people are enjoying themselves, I’m fine with it. I grew up when no one was calling it anything. In the end, it’s all the same thing.

Becoming successful as a promoter was never a doubt but the event tycoon never imagined reaching the status he has obtained.

I was out-hustling everybody, believing in it, and never giving up.

I knew if I kept doing that I would be successful.

Success, for Donnie, all points back to being able to contribute to EDM culture. He remains rooted in his appreciation and deep level of respect for the dance music community.

Throughout it all the EDM magnate has witnessed every aspect associated with the evolution of his trade. 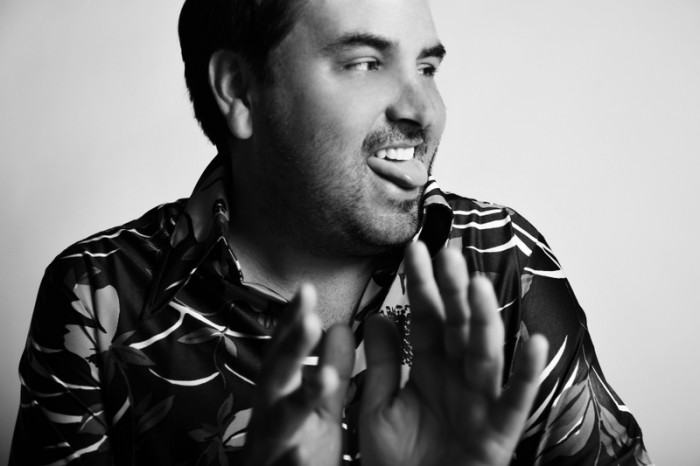 Sounds have advanced and production capabilities have transformed the user experience. His astounding productions have allowed him to cultivate the careers of artists from Audien to Zomboy but the next emerging sound extends well beyond a single producer.

I was in Australia and there are a ton of highly talented young house artists over there. It’s insane how big the Australian dance music scene is blowing up.

As a promoter, you wouldn’t be expecting to be booking any one from Australia looking back to 5 years ago. Now you can’t look at a festival lineup without seeing an Australian name. There are dozens traveling all over the world.

I will call out a country and say watch Australia.

As the industry continues to evolve, there is no question that Disco Donnie will continue to lead the charge. For someone whose line of work revolves around identifying and monitoring trends, he is excited about the direction dance music is heading; gravitating toward the bass driven, chromatic chords and complex melodies of deep house music.

I’m just excited seeing what people have gotten into. During the late 90’s and early 2000’s I thought deep house music was the way to go. I thought that was going to be where the scene matured and developed. It would be softer music for us old people.

The whole big room house sound has dropped off the map. I’m just excited that (deep house) has come back with a vengeance.

When asked what the future holds, simple desires were expressed.

I’m just going to keep doing what I’m doing and try to make people happy while having a good time. Hopefully, I’ll keep doing a good enough job where I can continue to do this as long as I want.

As Disco Donnie celebrates 20 years influencing dance music, we look forward to what contributions EDM’s hero has in store.

Stay up to date with the latest Disco Donnie news and events by connecting with him through Facebook, Twitter, Disco Donnieland Tumblr, and his official event website.

Watch the Disco Donnie Documentary below.