Diplo Drops First EP Since ’03 along with Trippy Music Videos

Diplo made a lot of noise last week in the press. Dropped his first solo EP ‘California’ last weekend in five years and was apart of the all-star lineup, delivering an incredible set at this year’s 20th anniversary Ultra Music Festival. With Ultra in the books, Diplo continues campaigning his new solo EP with the release of his new videos, in-support EP’s breakout singles, “Suicidal” featuring Desiigner and “Color Blind,” featuring Lil Xan.

Desiigner is looking for reasons to live throughout New York City, while Lil Xan is Trippy and Confused on Diplo’s best work to-date.

Directed by Shomi Patwary, the video shows Diplo and Desiigner embracing city life throughout the night. Walking through neon-lit streets while reciting impassioned verses and dangling off the edge of rooftops and involved in self-inflicted near death experiences. The video combines lo-fi elements as if it were filmed on a cell phone, with incredibly intricate camerawork at times.

Desiigner appears in the video and single courtesy of G.O.O.D. Music/Def Jam.

Next, checkout Lil Xan‘s appearance on the Austin Peters-directed, “Color Blind” courtesy of Columbia Records. In the video, Lil Xan is hallucinating during a wild party and things go from normal to insane real quick. Beautiful women dapped under toilet paper and red light specials while Lil Xan holds it down solo as Diplo does not appear in the visual. Lil Xan is best known for his hit single, “Betrayed”.

‘California’ is Diplo’s first solo project since his 2013 ‘Revolution’.

The EP features six new tracks find Diplo collaborating with old friends and new discoveries alike. “Suicidal” and “Color Blind” are the third and forth visual presentation by Diplo off the new EP with previous videos in the January’s MO-featured, “Get Right”, and the early-March Lil Yachty and Santigold-featured “Worry No More”. It was shortly after the release of “Get Right”, back in February, the Major Lazer/Jack U member revealed forthcoming arrival of ‘California’. 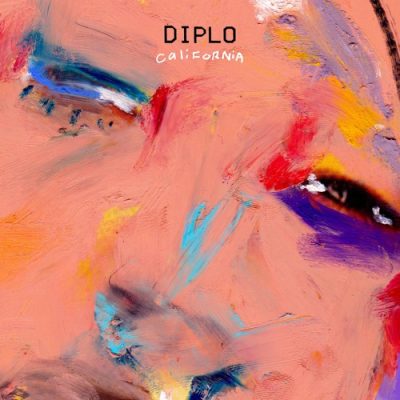 Listen to Diplo’s Calfornia EP below: