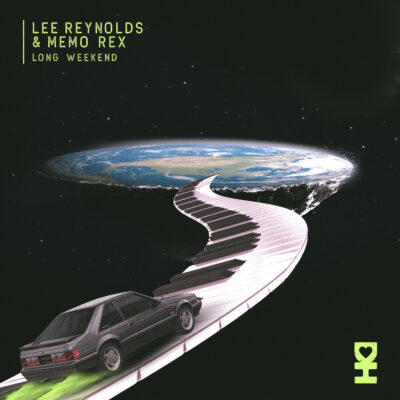 Following a strong start to the series with Porky and Mitch Dodge’s Chameleon, Long Weekend follows up Reynolds’ highly praised solo debut on the label, Can’t Rewind — which showed off just how experimental he likes to get in the studio. Long Weekend sees Reynolds continuing down this path, building an EP with Memo Rex that froths with heady grooves, bouncing percussion, and acid riffs for a record as quirky as it is danceable.

Desert Hearts Records has grown into a powerhouse over the past five years, signing the likes of wAFF, Rodriguez Jr., and Latmun, to name a few. The label has always served as the creative conduit of the Desert Hearts community, signing records from a plethora of world class artists that have joined their ranks over the years. This time of year, however, is when the focus is shifted to the ringleaders via the Road To Desert Hearts series.

With Desert Hearts Festival quickly approaching, the Road To Desert Hearts shows off the distinctive sonic personalities of Mikey Lion, Lee, Porky, and Marbs and adds to the excitement as fans anticipate the label’s biggest event of the year.

The Desert Hearts community has been expanding rapidly over the past several years and 2020 will be no exception. Expect a year full of forward-thinking and fresh beats that will serve as the perfect soundtrack leading into the 2020 festival and beyond in renowned venues like Space Miami, festivals like Vujaday and Lightning in a Bottle, and Dallas for the city’s inaugural Desert Hearts Black showcase.

Insomniac unveiled the monumental EDC Las Vegas 2020 lineup, which will celebrate an unparalleled 10 years in Las Vegas. The…

Can you really Buy Spotify Plays?

Today’s day and age have such high market value for musicians of all types, and this can make it…